A Product Manager Is No Longer a “Luxury Hire” 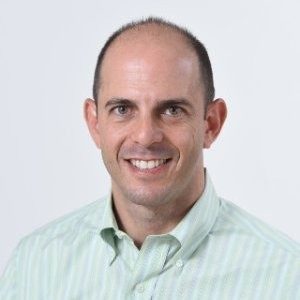 I started in the product management field almost 25 years ago. Only back then, what I did wasn’t referred to as product management. During the dot-com boom, only large, established tech companies like Sun, Oracle or Microsoft hired specifically for roles with the title “Product Manager.” Barnesandnoble.com, where I worked, didn’t fit that bill. Instead, I held a “marketing” title, although that didn’t really encompass the full scope of my duties.

In the 90s, tech-focused startups (as barnesandnoble.com was at the time), generally followed a certain hiring pattern. First came the founders, who typically had a sales or marketing background. Then engineering came on. Next up was sales. Then marketing. After that came everything else.

And that included product.

The PM As “Luxury Hire”

When you think about the business model used by dot-com-era startup companies, the hiring order makes sense. The founder and the engineering team built the product, and then the sales team sold it. The idea of product led growth didn’t exist yet.

Thus, a PM was considered a “nice to have” rather than a necessity. If you could afford to hire a PM, great. If not, well, the sales and engineering teams were the important ones anyway. They could take care of any product-related things.

Of course, this team and hiring structure had its issues, even back then. Founders, engineers and salespeople were often at odds, and there was no “single source of truth” for the product. Cross-departmental projects hit snags constantly, with some voices saying “go left” and others “go right.” Mixed messages abounded without a dedicated “go-between” to bridge the gap between sales and engineering.

Strategic planning took a backseat without any formal documentation related to the product roadmap or feature prioritization. As we now know, it’s hard to build a product without a “go-between.” And with the sales team driving product strategy, goals tended to be short-term, promoting quarterly sales goals over long-term market fit and sustained profitability.

Unsurprisingly, many tech startups started to realize that the PM role actually offered significant benefits to the company. Rather than being “window dressing,” product managers were serving a real need within the organization. Over time, the value of product management as a discipline became more and more apparent. Results showed how engineering time resulted in huge efficiency gains since someone was there to guide and balance the strategy, and give engineering direction with full (or full enough) company buy-in.

Tech is also no longer a brand-new field. Many people in the industry have been through multiple cycles of boom and bust, and have seen how companies with PMs compare to those without in terms of success. As the value of PM gets realized, companies are hiring for product roles earlier in the company’s journey.

That’s all well and good, but I’d take it a step further — a product manager needs to be among your very first hires. If you’re building a tech startup, you should get a product person on your founding team.

PMs are no longer “luxury hires” — they’re absolute necessities. I’ve seen this throughout my own career as a PM, but this isn’t just me tooting the horn of my professional discipline. There’s a reason “product manager” is one of the hottest job titles right now, and MBA programs are turning out grads who now head to PM roles rather than finance jobs.

Both startups and more established enterprises have seen a number of benefits from having PMs be earlier hires. Below, I’ll go through a few of the main ones.

Startups tend to have a lot of big ideas and diverging options on the best strategic moves. And founders tend to be passionate individuals who may butt heads with one another. In this kind of environment, it’s very helpful to have a single designated person making sure if a plan is being executed the right way and getting the right feedback.

Doing things the right way the FIRST time is easier than having to go back and fix things. Companies save time and resources by having a strong product presence from the outset. That doesn’t mean that no mistakes will come up, but they’ll likely be far less time-intensive to fix.

PMs aren’t (usually) measured on quarterly sales numbers. Instead, they’re tasked with creating a roadmap that’ll propel the company and product toward long-term success. PMs can serve as a contrast to sales team members by prioritizing strategy and product longevity over monthly revenue goals.

Nowadays, product professionals have more data at their fingertips than ever before. PMs can track usage, gather feedback from customers and measure user sentiment. In today’s data-driven business environment, it’s useful to have these kinds of metrics on hand.

The Future of Product Management

The product management momentum shows no signs of slowing down. We’ve already started seeing more and more product tech founders coming directly from the product world. I expect to see this trend continue, and for startups to begin hiring seasoned product people right from the start.

Greg Bayer
SVP of Product
Nielsen’s Marketing Cloud
LinkedIn
You might also like ...
HR & Leadership
Founders, Use These Tips to Get More Done (and Prevent Burnout)

Travis Jamison shares some of the lessons he’s learned through all of the ups and downs, wins and losses of being an early-stage startup founder.

Allan talked to us about Hamilton, the best part of his job, and the secret to managing Slack messages like a pro.

by Casey Renner
Leadership
How to Combat Negative Self-Talk

There are many metaphors that people use to describe the inner experiences of being a startup founder, and “roller coaster” is one of them for a reason.