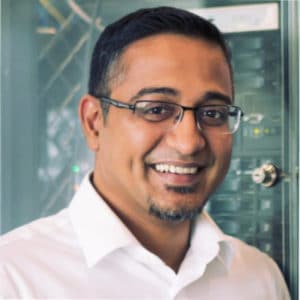 At Companyon Ventures, we created the Platform Team to help our portfolio companies identify and implement operational best practices faster and more effectively at the early stages of their evolution. As part of our fundamental expertise, we help our portfolio generate complex analytics and financial models to gain insights from their current and future key metrics.

As you may have guessed from Firas’ background, we’re huge fans of OpenView, which recently published the 2019 Expansion SaaS Benchmarks Report and accompanying Expansion SaaS Benchmarks Data Explorer. In this work, OpenView surveyed over 500 SaaS companies of every size and stage to attain the ranges, medians and averages of six key SaaS metrics (YoY growth, gross margin, cash burn rate, CAC payback, net dollar retention and logo retention) for startups within similar Annual Recurring Revenue (ARR) brackets in a given year.

I further enhanced OpenView’s Expansion SaaS Benchmarks Data Explorer by building the accompanying SaaS Benchmarks Modeling Tool to measure the current and projected performance of our portfolio against other high-performing SaaS startups. The tool, which can be downloaded here, enables a startup to input data to derive its actual six SaaS metrics (rather than just view ranges for peers within its revenue bracket). The tool also allows a startup to integrate its metrics into its financial model.

Our follow-up work has enabled our companies to actually implement OpenView’s insights into their daily operations. The tool provides a broader, comprehensive context around a company’s growth, showing how strongly and efficiently that company is operating so that it can more confidently and accurately forecast revenue. One of our portfolio founders used the tool to better understand the growth rate he needed to secure a strong Series-A raise while another realized that she needed to increase sales quotas per SDR for her team to attain revenue targets.

We’ve also shared the tool with our network of complementary VC’s who have leveraged it to better understand prospective portfolio companies’ valuation when evaluating their next investments.

As OpenView explains in its Introduction to OpenView’s Expansion SaaS Benchmarks Data Explorer, growth at all costs does not guarantee long-term SaaS success; instead, efficient growth balanced with strong “under the hood” metrics that act as “swim lanes” leads to profitability. If a company is growing and succeeding across the six key SaaS metrics cited above, employees and investors have more conviction in that company’s enduring valuation. On the other hand, below-average SaaS metrics motivate a company to further examine inputs that may be hurting performance.

The SaaS Benchmarks Modeling Tool operationalizes OpenView’s Data Explorer in an Excel format that can be used in any Excel or Google Sheets operational or financial model. It allows a company to input 11 of its broader metrics (e.g., revenue derived from subscriptions, spending on R&D and churn rate) in order to immediately and simultaneously derive its six specific key SaaS metrics, quickly and easily capturing all of that company’s performance metrics in comparison to its peers.

How to Use The SaaS Benchmarks Modeling Tool

Input the 11 requested metrics. You should already have these metrics measured in your financial model (beyond just revenue and expenses). If not, you should start tracking them immediately to understand the intricacies of your business and become data-driven.

Based on the previous inputs, The SaaS Benchmarks Modeling Tool plots a company’s performance against peers in its revenue category. If a metric is higher or lower than benchmark range, it may be in need of improvement.

Sometimes a metric being out of benchmark range may not signal a significant red flag. Rather, falling outside of the benchmark range should prompt you to further investigate as it may mean that your company is performing better than peers. Yet if that metric is indeed relatively poor, you should analyze inputs and prepare to defend your Pro-forma metrics to potential investors.

For example, if a company’s logo retention is low but its net dollar retention is very high, its customers are churning quickly but its core customers are spending more than ever. As a result, that company’s situation is not as dangerous as The SaaS Benchmarks Modeling Tool may initially indicate.

Ignore this tab, which contains additional input data via OpenView and is included so that you can integrate The SaaS Benchmarks Modeling Tool into your financial model.

Incorporating The SaaS Benchmarks Modeling Tool into a Financial Model

Select the three tabs in The SaaS Benchmarks Modeling Tool to move them into your financial model, linking relevant cells to their corresponding 11 inputs.

If you join our mailing list, I’ll notify you when I’ve uploaded a video tutorial explaining how to integrate the tool into a financial model.

By integrating this tool with your financial model, you’ll be able to see how inputs beyond the 11 captured here can further impact performance. In addition, the integration will ensure that your metrics automatically update when you transition to a new (ideally higher) revenue bracket.

Gross margin documents the business your product is building, yet it’s often tucked away in a financial update while a medley of product metrics enjoy the spotlight.