Battle of the Churns: Customer Churn vs Revenue Churn 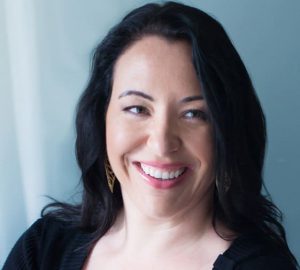 To answer this question, we must properly understand each term and its purpose.

Let’s dig a bit deeper into these terms with a couple of examples.

Simple enough, right? But here’s where it gets interesting. Imagine that BLUE customers pay significantly less than your RED customers.

Based on this new paradigm, the total revenue distribution would look like this:

It’s a simple example that drives home an important idea: the idea that focusing only on Customers or only on Revenue can be very misleading.

Let’s say your business is only monitoring Customer Churn Rate. One month you notice that you have lost 10 customers. You feel comfortable with this number, though, as during that same time period you gained 25 new subscribers.

But what if all 10 of those customers were RED subscribers, and 24 of the 25 newcomers opted for BLUE? This might be indicative of a major problem with your RED subscription level. It will also have a significant effect on your company’s monthly revenue:

Perhaps your customers are not receiving the value they expected. Or perhaps a competitor has released a new service that your users are migrating to. Whatever the case, you will not be able to consider this problem if you are only concerning yourself with Customer Churn Rate.

Before you think that the solution to all your problems is only using Revenue Churn Rate, let us take a look at the other side of the coin.

Using the Revenue Churn Rate we would certainly be made aware of a large drop in RED subscribers, as described in the previous section of this post. But what if there was a significant decrease in BLUE subscribers?

But that’s over 10% of your entire customer base leaving — an alarming statistic by any measure.

But with the Revenue Churn Rate model, it’s more difficult to notice the significance of this drop. Imagine if 105 BLUE subscribers left, but at the same time 5 new RED subscribers arrived:

Based on the Revenue Churn Rate model there is little cause for concern — the two figures are almost equal. Now we would hope that a small-business owner has a good enough sense of his or her business to notice a dramatic loss in total customers. Or perhaps the shift from BLUE to RED is actually part of a larger business plan to phase out BLUE entirely and focus on higher value customers.

However, it is also possible that it’s indicative of a major pain-point facing BLUE subscribers, that your service has not properly addressed. Those BLUE subscribers, over time, could have become loyal customers who eventually upgraded to the RED level. You will never have the chance to see how this scenario plays out, though, if you are only watching the Revenue Churn Rate.

Is There a Clear Winner?

There is no clear winner in the debate of Customer Churn versus Revenue Churn. There are plausible scenarios in which each is significantly more valuable than the other when it comes to monitoring the health of your company — whether you are a SaaS company like Control, or something else entirely.

If you are swamped with metrics, and you are looking to follow only one metric, we would recommend Customer Churn. There are two reasons for this: the first is that Revenue is usually tracked closer by other metrics; the second is that customer churn may be indicative of a problem with your product or service, regardless of whether the customers who have left are low or high spenders. As a general rule of thumb regarding the health of your company, it is critical to properly track the customers who are coming and going.

Kathryn Loewen
Founder & CEO
Kathryn has more than 15 years of experience in banking technology and payments management, working with companies such as SAP and Citigroup. She is the Founder and CEO of Control, a leading transaction analytics and alerts platform for SaaS and Commerce businesses. Control was founded in 2014, and is backed by Vanedge Capital and BDC.
Twitter
LinkedIn
You might also like ...
Finance & Operations
Using Gross Margin to Score Your Product’s Maturity

Gross margin documents the business your product is building, yet it’s often tucked away in a financial update while a medley of product metrics enjoy the spotlight.