Funded vs Bootstrapped: Comparing the Metrics of 37 SaaS Companies 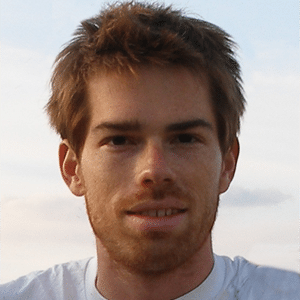 I’ve been tracking what’s going on in the SaaS world for some time now and I’ve definitely noticed the rise of bootstrapped SaaS startups in our industry. This trend is not new but I have the feeling it’s accelerating. I meet and speak with more and more founders who run these kinds of businesses (and are very happy about it).
So naturally, when I saw that Nathan Latka’s public SaaS metrics spreadsheet showed 12 such companies, with a breakdown of their core metrics, I decided to make a comparison with the VC funded startups on the same list.

And here are the results:

Note: Just a quick note to insist on the fact that I don’t pretend this a representative sample nor that this list is 100% accurate. I’ve received some emails from founders of companies on that list and already made some corrections (which didn’t change the metrics dramatically).

This is probably the data point which surprised me the most. The average MRR of the bootstrapped startups on this list is $364K and the median value is $227K, compared to $599K and $329K for the funded ones, knowing that the median value raised by funded businesses is $1.2M (and average = $5.8M).

I have to admit that I was expecting lower figures, for instance if you take the data from open SaaS startups I get an average MRR of $40k and a median value of $8k (which is also what I generally observe when I speak to bootstrapped SaaS founders).

With a $227K MRR you are already at $2.7M ARR which is above the $1.5M threshold that JML defines as the “self sustaining engine”. Serious businesses. Many funded SaaS don’t reach that point.

As expected no big difference in terms of churn (both groups are around 5% of monthly customer churn) as both funded and bootstrapped startups target the same type of customers (small accounts rather than enterprise). More money doesn’t guarantee a stickier product.

When you compare the LTV and average number of customers you understand that the vast majority of these 37 SaaS companies sell to small accounts and are not selling to the enterprise world (there a few in the list though, all VC backed).

In terms of customer base the bootstrapped startups are doing a great job with a median value of 2788 customers (which is impressive).

This data point was also surprising to me with a median value of 13.5 teammates for bootstrapped SaaS companies versus 16.5 for funded ones. Not a big difference again.

1. The different metrics might be close for several average and median values but if you look at the 14 companies which have reached $500K of MRR only 2 are bootstrapped.

I cannot say that this is a representative sample (many more bootstrapped SaaS with higher revenue exist) but I think it’s realistic to think that past a certain ARR (around $5M -$6M?) bootstrapped startup are clearly outnumbered by VC funded startups.

2. The core SaaS metrics (churn, LTV etc…) are really close when we look at companies targeting the same group of customers. Clearly being funded doesn’t help that much when it comes to lowering your churn or improving your LTV (unsurprisingly).

3. That being said, VC money helps companies scale faster. In our top 14 of SaaS with MRR > $500K the two bootstrapped startups were founded in 1999 and 2007. It took 16 years for Aweber to reach $2M of MRR. It took 5 years for SeamlessDoc to reach almost the same stage. The majority of funded companies with a MRR > $500k were funded after 2010. Money doesn’t buy better core metrics but it buys growth speed. Profitability is another important topic but I cannot speak about that as we lack data. It’s easier to reach a certain revenue if you don’t care about profitability and just burn but we don’t know how far from profitability are all these startups.

4. Many bootstrapped founders face a choice once they manage to reach several hundreds of $ in MRR: continue to grow at their own pace or to accelerate growth by taking money from VCs.

Another consequence is that not only we’ll see more great bootstrapped startups emerge but the cycles will also shorten. Just look at companies like Converkit which could reach $240k of MRR in less than 3 years. This wave is already coming. The issue for them will be to scale beyond $1M in MRR with such high churn.

6. The majority of the bootstrapped startups listed here (and that I know myself) are targeting SMBs / small accounts. Maybe “enterprise grade” bootstrapped startups are under the radar or rarer or maybe this is a model which is inherently more capital intensive. I don’t have a clear explanation but if you do please share it in the comments.

Here is a insightful answer from Timothy B. Jones (or in the comments below)

From a founder POV it’s a great time because they probably never had so many options available. I currently see three models of SaaS companies growing:

From a VC POV it’s also a very interesting time. Early revenue (and early revenue growth) is probably less meaningful than it was a couple of years ago. You can invest in a fast growing early SaaS (in terms of revenue) but if the core metrics (churn, LTV etc…) are not great it will be hard to scale the business at one point, and this path is not VC friendly.