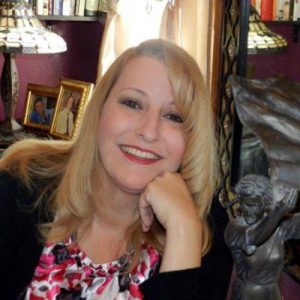 A new study by Fast Company seeks to discover the most influential people on the World Wide Web.

Influencers, for the purposes of this study, are defined by how well they affect the online behavior of others.  In other words, if an online influencer posts a link, how many people follow it, forward it and comment on it.

In order to test an applicant’s influence, Fast Company will doll out points based on the number of people who click on a unique URL (created for each applicant.)  The problem with the study according to critics is that true Internet influencers (think Steve Jobs) will probably not sign up for the study.  This leaves the program sort of lopsided and full of self-proclaimed influencers, attempting to earn the influence crown.

Some might wonder why Fast Company would bother with such an unscientific, off the cuff study.  Social media gurus however, will likely embrace it and pound down the door to win the title of top influencer in the Internet kingdom.

vickilynn
Blogger
Vickilynn is a Novelist whose first book "Waving Backwards" was published in July 2015. She is also a Blogger at Adoptionfind Blog. Previously, she was a Freelance marketing copywriter at OpenView.
LinkedIn
You might also like ...
Customer Success
Your Guide To Customer Support & PLG
In a product-led growth (PLG) business, should we aspire to have *zero* customer support? My take: No! Support plays a...
by Kyle Poyar
Community Management
Your Guide to PLG and Community—It’s Way More Than Launching a Slack Group
In a product-led (PLG) business, some of the tried-and-true SaaS growth tactics aren’t at your disposal. Since you’re initially focused...
by Kyle Poyar
Onboarding
Your guide to self-serve onboarding: How to get your product to sell itself
In a self-serve environment, your product has to sell itself. The first-day experience is the most critical part of the...
by Kyle Poyar