This is Why 75% of New Products Fail 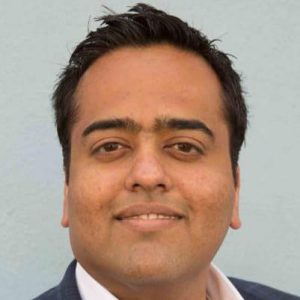 The odds are stacked mightily against any company that launches a new product or service. Between 65% and 75% of new offerings fail outright or miss their revenue or profit goals, depending on whose research you look at. And the tab of those failures is hefty — $260 billion in the U.S. alone in 2010, according to University of Texas at Austin professor Rob Adams.

But our own experience over the last 30 years shows that managers do not have to accept those odds. When they understand the four primary types of new product failures and the factors behind them, they are more likely to avoid such failures. We refer to the four failure types as feature shocks, minivations, hidden gems and undeads. We explore them in our new book, Monetizing Innovation: How Smart Companies Design the Product around the Price.

Here’s an overview, and how to steer clear of them.

Too many new product duds were crammed with too many features and none that stood out. The problem is that when too many features are unnecessary – customers don’t want them, or won’t pay extra for them – they increase the cost and the complexity of the product, and thus raise its price to an unacceptable level. These products suffer from feature shocks.
Take the example of Fire Phone, the smartphone Amazon introduced in 2014. The Fire Phone is, to be sure, an anomaly for an immensely successful company, one that has risen to more than $100 billion in annual revenue over 20-plus years and a market valuation in late April that was 30% greater than Walmart’s, the world’s largest retailer. Amazon has had numerous roaring new product successes over the years, among them the Kindle book reader and Amazon Web Services (the firm’s $7.8 billion cloud computing service).

Only the Fire Phone wasn’t one of them. Believing it had to offer more to compete in the high-end smartphone market, Amazon stuffed its entry with too many marginal features. One was “dynamic perspective” – a screen that provided a 3-dimensional effect without the need to wear those geeky 3D glasses. It apparently didn’t impress consumers. A side effect of the feature – draining the battery life – was a negative. Another feature that did little to spark enthusiasm let customers point the phone’s camera to a product (presumably at a competitor’s store shelf) and then order it from Amazon with a click of the shutter button. With these and several other features, Amazon priced the phone high (at $649, or $199 with a phone service contract from AT&T).

But a number of highly influential technology pundits whose opinions can make or break new gadgets panned those features. And many potential customers weren’t impressed either. Sales of the Fire Phone stalled just four months after launch. Amazon wound up reducing the price to $449 without a service contract – and 99 cents with a two-year contract. The company later that year took a $170 million write-down, largely because of unsold Fire Phone inventory.

Feature shock products like the Fire Phone are legion. They tend to happen when product development teams fall in love with their concoction and forget about the customer. To avoid feature shocks, product development must do a number of things. One is segmenting the customer base carefully, and not by demographics (the traditional segment criterion). Rather, they must segment by what different groups of customers need from different versions of the product, and what they’d be willing to pay for a version that met their expectations.

Minivations: Products That Sell Themselves Short

These products are created by product developers who didn’t realize just how much value their offerings provided to customers. They then grossly underestimated how much customers would be willing to pay for them and charged prices that were far below what they could have charged, leaving big profits on the table.

Like the feature shock products, minivations have abounded over the last three decades. One was toymaker Playmobil’s 2003 launch of its Noah’s Ark play set. When it came to market, it sold out in two months; you could buy them on eBay at the time – but for 33% more than the original price tag. Another noteworthy minivation was Audi’s Q7 luxury SUV, launched in 2006 for EUROS 55,000. Audi predicted selling 70,000 units, however first-year demand turned out to be 80,000. A supply-demand curve suggests that given Audi had fixed production at 70,000 units, it should have priced it at EUROS 58,000, which would have yielded an additional EUROS 210 million.

Beyond the obvious signs of a product shortage, how can you tell that you have a minivation? One is a sales force that is easily meeting its targets with a new product. Another is watching channel partners reap big margins from selling your product. Another (especially in B2B circles) is having too-few customers asking your salespeople to escalate discussions about their purchase to higher levels in your company because they are dissatisfied with your price.

These products are brilliant ideas that are viewed as anything but brilliant at the top of the companies in which they are born. Senior management don’t recognize the value of the product for its intended audience, and thus the company puts the product in limbo for too long – not killed but not launched.

One of the most famous hidden gems was Eastman Kodak’s early response to an initiative within its four walls in the 1970s: the digital camera. In a company that had made a fortune manufacturing film for cameras, a young Kodak engineer named Steven Sasson had invented the initial technology behind the digital camera, and the company even went so far as to patent it. However, Kodak sat on that technology for 21 years, failing to introduce its first digital camera until 1995, and it didn’t get serious about the product until 2001. Since then, the digital camera has become a staple in smartphones, a time in which Kodak declared bankruptcy.

Hidden gems don’t happen in companies nearly as often as feature shock and minivation product failures do. But when they do, they often are blocked by midlevel executives who can’t understand their market potential, or do but are afraid the products will sabotage their division or cost them political capital.

There are several signs that hidden gems may lurk beneath the surface of your organization: a drastic change in business models, a disruption in your industry, a commodity business trying to differentiate itself, a shift from an offline to online business, a move from analog to digital products, or from hardware to software.
If such conditions exist, it’s far better to look under the covers for a hidden gem than it is to see a competitor bring its version to market before you do.

In the world of science fiction, undeads are people who die but return to life as vampires, zombies or other creatures. The business world has its own version of undead: products that came to market dead on arrival or a product that still exists in the marketplace but for all practical purposes is non-existent. These are products a company should have never launched – either they are an answer to a question no one is asking or they are the wrong answer to the right question.

The Segway personal transporter is one of the more famous undead products. In its first year (2001), it sold far less than the 50,000 units its inventor predicted would sell. While it appeared to be an appealing way for people to travel on a sidewalk, it was priced far too high, at $3,000 to $7,000 per scooter. What’s more, the Segway solved a need that not many people had – at least, not as many as its inventor (Dean Kamen) thought.

Google Glass, a pair of glasses with a small camera that could take pictures and record videos, was another notorious undead. It came to market in 2012 for $1,500 and answered a question no one was asking. In 2015, Google announced the end of Glass for everyday consumers.

These companies and their innovators are so focused on (and passionate about) what they’re building that they don’t zero in on who they’re really building it for, which markets to prioritize, if those markets value it and are willing to pay for it. Strategizing about sustaining the product as a business is an afterthought to product development.

Undeads happen when their internal proponents wildly overestimate the customer appeal of their concoction and don’t segment the customer base effectively. Had they had a better idea at the outset of their design process which customers would more likely value their concept and what they would pay for it, the products could have been reformulated at an acceptable price. Or, if the product developers saw the market size was too small or no price was acceptable to customers, they could scrap the initiative before spending a lot of money on it.

How to Avoid All Four Traps

We have found a number of ways to avoid falling into these four traps altogether. The most important one is having in-depth pricing discussions with target customers long before the product development team begins to draw up the engineering plans, and certainly long before any manufacturing resources are committed and configured to building something. Those discussions need to center on determining precisely what features customers truly care about, are willing to pay for, and the price they are willing to pay.

Shockingly, 80% of companies don’t have this type of discussion with customers early in product development. That’s what we found in a survey we conducted in 2014 with 1,600 companies in more than 40 countries. Essentially, they just develop a product, prepare it to go to market, and slap a price on it at the end of the process – without understanding whether customers value and are willing to pay for the product. These companies hope to monetize, but they have no real evidence that they will.

Madhavan Ramanujam
Partner & Board Member
Madhavan Ramanujam is a Partner at Simon-Kucher & Partners in San Francisco and specializes in pricing and marketing for technology companies. He has worked in consulting for over a decade and has advised companies of all sizes, ranging from Fortune 500 companies to technology start-ups.
Twitter
LinkedIn
You might also like ...
Product Led Growth
Listen
'Measure Everything'—Pendo's Todd Olson on Becoming a Product-Led Organization

Todd talked to us about what exactly “product led” means, how a product-led strategy extends way beyond acquisition, and how the less-is-more concept can make a big difference.

Infinum’s Bojan Bajic talks us through how to incorporate branding elements into the design of your digital products.

This should be a top priority as you plan for 2021.