Type and Press Enter to Search 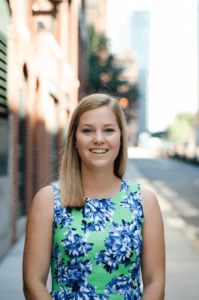 Today, OpenView, the expansion stage venture capital firm, released the results of the 2019 Expansion SaaS Benchmarks survey. This year’s report was based on data from more than 500 SaaS companies, ranging from pre-revenue to $150M+ in ARR.

The 2019 Expansion SaaS Benchmarks Report culls data from SaaS organizations of all sizes and stages to help these businesses understand what does and does not work when it comes to building a generational software company.

From the survey data, it’s clear that there’s still a large parity gap when it comes to leadership positions and seats in the boardroom.

Devon McDonald, Partner at OpenView, explains, “We saw a big spike in women taking on leadership positions during the height of the #MeToo movement. Unfortunately, it seems like things have slowed down a bit and that initiative has once again taken a back seat. We’re hoping that legislation will force companies to rethink their leadership and board strategy. Our data shows that companies with an equal or female-dominated leadership team grew at faster rates than their male dominated peers (115% vs. 99% year-on-year growth). The proof is in the numbers, yet people are seemingly scared to take the leap and make diversity a priority.”

Additional findings from the 2019 report include:

About OpenView
OpenView, the expansion stage venture firm, helps build rapidly expanding software companies into market leaders. Through our expansion platform, we help companies hire the best talent, acquire and retain the right customers and partner with industry leaders so they can dominate their markets. Our focus on the expansion stage makes us uniquely suited to provide truly tailored operational support to our portfolio companies. Learn more about OpenView at ov.vc.