Thinking Outside the Box: How Wistia Uses Creative Content to Drive Repeat Traffic 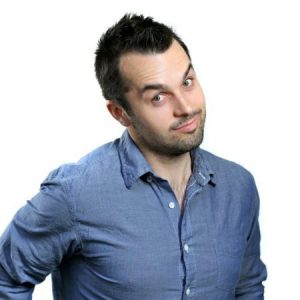 Today, there are more options than ever to get your message out there: Facebook, LinkedIn, Twitter, Periscope, Snapchat…I could go on. The challenge is that all these channels are saturated. They’re free, but they’re filled with noise, content and lots and lots of other marketers all trying to earn the attention of would-be customers.

At my company, Wistia, a video marketing platform, we’re not just competing with other video platforms, we’re competing with the New York Times, Facebook, Snapchat and worst of all, BuzzFeed. We’re competing with “29 Tattoos that Failed So Spectacularly They Almost Won,” and content just like it. And this is true for most companies today. After all, there are only so many eyeballs and hours in a day.

With all of these different channels, attention has become an extremely scarce resource. It’s so hard to get people to pay attention to what we as marketers are doing, which is why when you are able to earn that attention, you need to do everything you can to keep it. And if you have a piece of content that takes off, you have to work to get those viewers and readers to actually stick with you, and most importantly, to come back.

How Creativity Keeps People Coming Back

Getting people to show up is the hard part, but creativity helps keep them. If you can delight them, if you can show them something they’ve never seen before, if you can inspire them, you’ll win repeat “business” from your visitors.

At Wistia, we’ve learned that creative and fun content beats out dry and informative every day. When we were first starting out, we produced educational videos designed to show off the true professionals we were (and are). But, over time, the team grew tired of this approach. We had a creative itch to scratch, so to speak, so we made a video of the team dancing and posted it online. We pretty much forgot about it, which is why we were surprised when traffic on the page spiked. Frankly, it was more traffic than we’d ever gotten to anything else on the site.

It was the most embarrassing thing we’d ever done, built purely as a creative outlet, and it actually took off and got people to show up.

That first video set us on a path to continually produce creative, unexpected content. Since then we’ve created videos of people playing paintball,  another measuring the height of a team member against Boston’s massive snowbanks and even one of the team just working. The videos have nothing to do with our product,  they are just fun, but they’ve brought people back to the site time and time again.

How Data Enabled Us to Drive Creativity

While the team really enjoyed making these more creative videos, we started to wonder if they were actually driving not just visitors, but potential conversions. We’re we getting people to stick around and get to know us with this creative content?

The idea of measuring our creativity seemed counterintuitive. We needed to find a balance between allowing our creative side to thrive while also paying respect to the data and analytics that back up what most marketers do today.

So, we started to watch trends. Then we put out our riskiest video yet — talking mouths introducing our HTML5 video player. The team worried we had gone too far. Would anyone get it? Or was this simply hilarious to the team and confusing to everyone else?

We turned to data to find out and discovered that the video had a 78% average engagement. Not bad for a 90 second clip, but not great either. We were worried. Was creativity actually not the answer after all?

So we brought in a big data team and they analyzed all 1,000 videos we had ever launched and compared their performance to our latest video. We learned something rather exciting.

Of the people who watched the HTML5 video, 70% of them viewed a second video. The rest of our videos only had a 20 – 30% repeat rate, which meant that the HTML5 video was two to three times more successful than all the other videos we had ever created!

This data was a complete game changer for us. All this time, the creative team, the marketing team, the executives, we were all worried. And if we didn’t have this data, it would have been a lot harder to do more of this crazy content. Instead, we realized it was worth it to do more off-the-wall videos because that’s what brought people in and kept them around.

Creativity and capturing attention is more important than ever. Content distribution is free, and it has changed the game dramatically. But that means you have to work harder to capture people’s attention, and then measure everything to make sure you’re capturing the right kind of attention. So take a few risks, measure the results, and see what happens. You may be surprised to find it’s worth the risk.

Chris Savage
CEO
Chris Savage is the CEO and co-founder of Wistia, a video marketing and analytics platform that helps businesses host, customize, and measure video content. After graduating from Brown University with a degree in Art-Semiotics, Chris and his co-founder, Brendan Schwartz, started Wistia in Brendan's living room in 2006. Wistia has since grown into a multi-million dollar business with over 50 employees and 50,000 customers.
Twitter
LinkedIn
You might also like ...
Marketing
Efficient Growth Marketing Just Got Cool Again
From 2018 to 2021, I led marketing for Firetrace International, a profitable company. As a member of the leadership team,...
by MJ Peters
Communications & Branding
The Five Pillars for Building an Effective Community
I get a lot of questions about building a community—specifically, how I did it at OpenView. For context, I joined...
by Casey Renner
Marketing
Product Marketing the PLG Way: A Collection of Best Practices
If a product launches, but no one’s around to hear it, did it really make a sound?  While product marketing...
by Shannon Curran