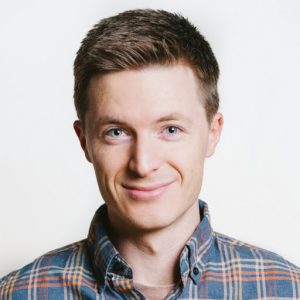 Explainer videos can be hugely valuable content resources for tech companies with complex products. But they can also be brand killers if they’re not produced the right way.

In the content marketing world, there are numerous mediums and tactics marketers can use to communicate and engage with customers and prospects. But Andrew Follett isn’t shy about which content format he prefers.
The founder and CEO of Demo Duck, which works with companies like Trulia, Lowes, and Crazy Egg to develop explainer videos (i.e., visual product demos or quick company overviews), says video storytelling allows businesses of all sizes and complexities to create something that is easily digestible, sharable, and memorable.

Explainer videos in particular, Follett says, can allow software companies with confusing products or services to quickly and easily describe their purpose and value proposition. “When you can combine a good story with the right visuals, it makes for incredibly engaging content that very simply tells customers why they should care about you,” Follett explains. “In a world where everyone is inundated with content, I think people appreciate that.”

“There aren’t many instances in which video doesn’t make sense, but you have to do it right.”

That being said, video can be a dangerous medium if companies don’t execute it right. And just because videos are relatively inexpensive to create, doesn’t mean that businesses should immediately rush out and begin creating them on their own, Follett warns.
“There aren’t many instances in which video doesn’t make sense, but you have to do it right,” Follett says. “You shouldn’t just buy a camera, record a quick product demo, and throw it up on your website. If you do that and the production quality doesn’t match the perceived quality of your brand, or the message doesn’t come across clearly, then video can be detrimental.”
The key is to first think about the style of explainer video you want to produce (i.e., animation or live action?), what your budget for creating it will be, and what you want your video to ultimately accomplish. “Will your video be for marketing or tutorial purposes, and will your audience respond more to an illustrated explainer video or a simple screencast? Those are questions you have to ask,” Follett says.

Once you get past the basics of creating your story and setting your video strategy, however, Follett says there are still explainer video pitfalls to watch out for.
For instance, making any of three mistakes below can undermine even the best-intentioned video production plans:

Yes, there are financial benefits to creating explainer videos in-house, and some DIY videos are very effective. But there are risks to DIY, too.
“Explainer videos are typically displayed on a company’s homepage, so they’re one of the first things that customers see,” Follett says. “If you have a horrible voiceover, or a grainy, badly produced video, it will reflect poorly on your brand, even if your product is the best one on the market.”

Video can be expensive when you’re working with outside companies. If you begin a project without knowing what you want to produce, who you’ll produce it for, and which subject you’ll cover, you may end up with a video that confuses more than it explains.
“Having 100 different ideas and 100 different people involved inevitably leads to a mishmash of ideas,” Follett says. “And by trying to do everything in one video, you ultimately end up with nothing.”

3) Failing to Think about Your Product or Service Objectively

Company founders and employees are often too close to their products or services to really understand the story that their prospects want to hear. Follett says it’s critical to take a step back and think about your company from a potential customer’s perspective.
“You need to see your company through their eyes and then make a video that will appeal to the questions or concerns they have,” Follett says. “Video is no different than any other form of content in that way — understanding your audience is critical.”

The One Vital Skill Every Entrepreneur Needs
No, you don’t have to be the next George R. R. Martin. But as an entrepreneur you need to be able to inspire others, and learning how to tell your company’s story is one of the most important things you can do. Andrew Follett offers five tips to help you create a more inspiring story.

Your Guide to Creating Award-Winning B2B Video Content
Get your acceptance speech ready. Here are all the how-to basics you need to start rolling out Oscar-winning (or at least customer-coverting) B2B video content.

Have you produced an explainer video for your business? What pitfalls or missteps would you advise other companies to look out for? And how have customers responded to your video?

Andrew Follett
Founder & CEO
Andrew Follett is the Founder and CEO at Demo Duck. He loves to travel and currently lives and works in Oak Park, IL.
Twitter
LinkedIn
You might also like ...
Benchmarks
Pricing Transformations in 2022
Welcome to the third edition of the Pricing Transformations series. This year we look back at 2021 and forward to...
by Kyle Poyar, Steven Forth
Finance & Operations
Measures of Success: SaaS Metrics & Benchmarks Resource Guide

by Tien-Anh Nguyen
Marketing
Tips for Building Developer Platforms that Work—for Users and for Your Business
A developer platform can be a powerful tool not only for building and growing a new business, but also for...
by Meg Johnson