Stay on Target: How Star Wars Can Inspire International Growth 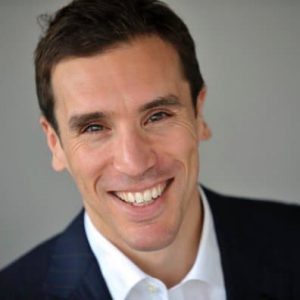 For most people who watch the original Star Wars movie, the heroes are Luke Skywalker, Han Solo, or Princess Leia. But not me. I like to think outside the box. For me the real hero is Gold Five, the nameless rebel pilot who offers the best piece of advice in the entire Star Wars canon – even better than anything Master Yoda brings to the table. So what did Gold Five say that was so profound?

He implored the Rebel Alliance to, “stay on target” even as he was suffering an ignominious death at the hands of Darth Vader. So why do I think this piece of advice is so important? As we enter a new year, most of us are probably setting goals. For some of us they’re tied to revenue and for others they’re tied to the performance of marketing campaigns and programs. But whatever your goals are it’s important for you to follow the advice of Gold Five and, “stay on target.”

At the outset of the year, these goals might seem unattainable. Even if you’re a sure shot like Luke and are able to bulls-eye womp rats in your T-16, you will almost certainly miss the mark if you take your eyes off the target. But there might come a time when your domestic growth appears to have plateaued and you wonder if you’ll suffer a fate worse than our beloved hero Gold Five. That’s when you might need to broaden the target and shift focus to include international markets. And the quickest way to get there is through translated content.

In a galaxy far, far away…

The world is a big place, but advances in technology have made it smaller and more accessible to any size of business. But just because you have access to a market doesn’t mean your messages are going to resonate. In the past, brands could get away with merely translating a few key pages on their website and maybe some product documentation. But that isn’t the case anymore. To win consumer mindshare and ultimately win new business, brands need to take the time and care to customize messages for each market.

There are countless examples of US-based companies who have attempted to expand into other markets, but haven’t succeeded because they didn’t acknowledge differences in buyer behavior or speak to the cultural differences of these new markets. Just think how things might have ended differently for Han Solo if he had taken the time to speak with Greedo in his native language. Greedo would probably still be alive, Han most likely wouldn’t have been frozen in carbonite, and we wouldn’t have had to suffer through years of internet debates about who shot first. The results of your global marketing campaign might not have life or death implications like the previous scenario, but your ability to stay on target and achieve your goals could be severely hampered if your content isn’t localized.

There is no try

Earlier in this post I may have given Yoda short shrift because he offers a ton of good advice to young Skywalker. The one I think is most applicable for international marketers is when he says, “Do or do not. There is no try.” Ambitious brands with the desire to expand internationally can’t be tentative. They need to embrace the idea of being a global brand from inception. This is the harder path, but it is also the path that will lead to the most growth.

From the outset of any global content project, whether it’s a piece of software, a mobile application, marketing collateral, or documentation, the brand should be focused on how it will play in every market the company does business. This will require the focus of everyone in the organization from the CEO to the localization manager and everyone in between. Organizations that embrace a global mindset will be set up for success and better prepared to hit their targets regardless of how much the competition tries to slow them down. Even if that competition is cyborg with a space station that can blow up planets.

Shirin Shahin outlines the most crucial product marketing activities that need to be done in the customer acquisition stage for an early-stage startup.

As the B2B buyer journey continues to evolve, there are a handful of things you need to be thinking about as we head into 2020. Find out what you need to know to make sure your marketing game is on point.

Considering that marketing content is likely to be the first thing a prospective customer or employee will interact with upon discovering your brand, marketing is the forefront of your brand, and ultimately, your culture. Here are 4 actionable ways that marketing can contribute to company culture.