How to Break Through with Your Messaging in a Crowded Market 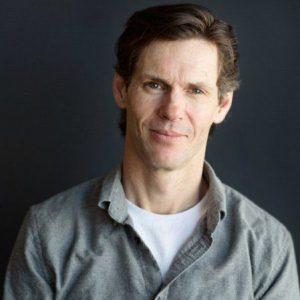 A few months ago, I was approached by a marketing automation company looking to develop a new brand story.

After digging in, the biggest challenge was a lack of growth. The 10-year-old company was battling flat sales, a dependence on a small handful of customers, and the inability to differentiate itself in an ultra-competitive marketplace dominated by players such as HubSpot, Pardot and Eloqua.

The company had two pressing needs: it had to create a new story that highlighted how it was unique and it had to discover a way to effectively position itself among dozens, if not hundreds, of other marketing automation companies.

Needless to say, it was a major challenge.

The message / positioning exercise began with an in-depth look at the company’s products and services. What were its strengths and places where it shined? Finding the answers took time, research and, frankly, an honest look at the business and the competitive landscape.

It can be difficult for a company to admit its weaknesses and vulnerabilities. Running a business is a half-glass-full proposition despite the inevitable ups and downs. But looking at your warts is a necessary evil to identify unique traits and establish a competitive edge.

To drive things forward, there are brainstorming sessions and interviews with internal and external stakeholders. You are searching for perspective given a company’s leadership lives in a proverbial bubble. They see the world with a particular lens, which drives strategic planning to move the company forward. But is often not a holistic view.

To generate a complete picture, other people need to be involved. Internally, it is marketers, salespeople, customer service reps, account managers and product developers. It is anyone who touches the product and/or the customer. They can see a product in a different light because they have different experiences and skills.

Ideally, there is alignment so a company moves forward with cohesion. But what happens if this is not the case? What if internal stakeholders come to the table with different perspectives and ideas? It is not necessarily a bad thing but these differences need to be addressed to get everyone on the same page.

For my client, there was a lot of talk about the software’s utility and how it was one-stop shopping for companies looking to leverage marketing automation. But this is table stakes in the marketing automation game. Everyone wages battle using the same weapons. After hours of discussion, nothing really emerged that could jump-start my client’s messaging.

But then we talked to customers and the conversation changed.

Customers talked how my client delivered amazing customer service. It was the day-to-day support, the ability to customize the software, and the in-house expertise. The company delivers customer services as an integral part of its product rather than bolting it on or relying on third-party suppliers.

There was something the company could rally around: it could differentiate itself by telling the world it delivered marketing automation software AND services. In the scheme of things, it was not earth-shattering but it represented a tangible way to attract the spotlight.

Suddenly, things became more interesting. The team was excited because it is difficult to break though when there are so many options.

But there was another important step: making sure this new and refreshed messaging was unique enough to be embraced and turned loose publicly.

It’s about positioning the company within the competitive landscape. How does a company want its customers to think about its brand and products and how they fit into their lives.

It is a difficult exercise because the competition needs to be thoroughly examined: their websites, videos, social media activity, eBooks, etc. What words and language are used? What benefits are highlighted and who do they serve? Who are the market leaders and how did they establish themselves as the top players?

For my client, this involved an in-depth review of more than two dozen competitors: well-known, large, small and emerging. To be honest, it becomes a bit of blur because most of the messaging is similar. Everyone seems afraid to be an outlier or stick out like a sore thumb.

Fortunately, we discovered the combination of software AND service was not a common theme. There was lots of talk about conversions, smart automation, growing sales/business, and systemization.

For a small company battling to stay competitive, a window of opportunity opened. There were no cartwheels or bottles of champagne opened but it definitely felt like a breakthrough.

When you’re able to establish distinct positioning, even in a small way, the marketing and sales dynamic changes. It’s everything from value propositions and benefits to elevator pitches and website copy. It is valuable brand real estate that you can leverage to drive awareness, leads and sales.

My client’s new story and positioning is relatively fresh so it is too soon to tell if it will make an impact on the business. That said, the company is in a better place than it was three months ago. It has a stronger story and a clear position in the marketplace.

For any company, positioning involves hard work, choices, risks and leaps of faith. But it is definitely worth the investment to have a strong and well-articulated presence.

Note: For anyone interested in positioning, a must-read is “Positioning: The Battle for Your Mind” by Al Ries and Jack Trout.

Mark Evans
Principal
Mark Evans is founder and Principal of Mark Evans Consulting where he works with clients in two ways: by providing consulting services to create marketing strategies and messaging and branding positioning. He also helps clients conduct customer discovery, create buyer personas and buyer journeys, and develop content to attract and nurture customers. His CMO-for-hire service is customized to clients' goals and needs: everything from coaching and strategic guidance to working with your people and running your marketing activities.
Twitter
LinkedIn
You might also like ...
Marketing
A SaaS Content Marketing Strategy That Drives Inbound Revenue Starts With Keyword Selection

According to CMO Julie Herendeen, all great marketing starts with an understanding of customers’ problems. We couldn’t agree more.

Hint: It’s not the same as product management.