How to Cut Through the Noise with Account-Based Marketing 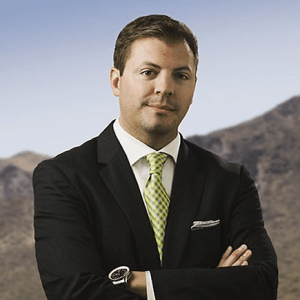 Anytime you talk about account-based marketing, it also helps to explore “why not ABM?” What has lead to the rise of this supremely targeted approach? Take a look back you’ll realize it’s purely common sense.

In terms of tactics, when you think about all the things marketers have done in the past two decades, from mass mail to fax blasts to email blasts, it’s worked simply because not many other people were doing it. Classic pattern interrupt.

Email is a prime example. As a tactic, it’s going way down in terms of engagement. But why did it work so well before? When I first started with email marketing, we’d see response rates of 20-30%. Why so high? Because at that time, the inbox was still viewed as a place where you’d get messages like job offers and notes from your grandma (in theory…my grandmother never sent an email, but you get the point).

In short, getting an email was cool, it was a big deal and it was trusted. I remember being on my TelNet server in college and being amazed when I’d get two emails in a day. Now I get around 600 and it sucks. Simply put, everyone is there now, hammering on the same tactics. And the same thing is beginning to happen with nearly every other channel.

To compound this, interrupt marketing doesn’t work in the age of hyper-customization. We’ve moved to a place where we’re now starting to tailor the information we consume — to fine tune it. Social media is a prime example. Remember the early days on Twitter? You’d follow someone, and they’d follow you right back. It felt like a true connection at that point and it was very easy to manage. It felt easy — I’m sure none of us used Twitter hack tools in the early days, right? Right? (crickets)

Now, the space is noisy and you mostly want people to go away. You’re un-following people more than you’re following. Most people view Twitter as self-promotion central these days, leading to the rise of Instagram and Snapchat. And as the marketers trickle down to those channels, who’s to say what’s next?

People have started managing their inbox the same way — even going so far as to ditch email altogether and move to platforms like Slack.

My overarching point is that there aren’t many “new” trends where everyone isn’t already anymore. Something new will definitely arise, but the time a platform actually stays ‘new’ is shortening. For instance, look at how long we used direct mail as a mass marketing tool compared to email. Things move faster these days. The only choice is to be everywhere, but in a much more personalized way. To thrive, you have to take that hyper-personalized approach. This is what account-based marketing is all about.

So when I send you an email, we’ve already connected through a social channel. You’ve already seen my TrueView ad on YouTube, and you got a customized web experience just for you when you visited my site. And when that email finds your inbox, it has a much better chance of cutting through all the noise. It’s all about crafting a relevant message based on actions your target has already taken.

Sure, you’re going to be spread across every channel you can muster, but it’s not going to be that old mass approach. Instead, you’ll be targeting 50 accounts, rather than 50,000. You have no choice but to be that specific if you want to punch through the noise. There are a ton of metaphors out there for this approach, but here’s my favorite: Jon Miller calls it “fishing with spears instead of nets.”

This approach is really not all that new, it’s just that everyone has traditionally focused on a single channel. Think of it this way:

Say you’re going to a conference. When you’re there, you’re maintaining a presence at your booth. After the conference, you’re sending that follow up email. That’s standard. But with an ABM approach, you have to be everywhere. You have to be on the TV in the hotel room. You have to be following up with a survey after someone visits your booth. You are engaging through that conference app and SMS. You’re hitting that conference hashtag. It’s truly that omni-channel approach that people have been talking about for a long time. The real key is that you are doing so with clear value to the set of eyes on the other end.

It really comes down to mirroring what would happen in a face-to-face interaction. Think of what you’d normally do if you met someone in the course of business. You’d say hello, have a conversation. Later on, you’d give them a follow on LinkedIn and Twitter, send an email, etc.

It would be foolish to think you could do that process for every single person you meet. It’s just not possible. There needs to be a process running in the background to enable that and it has to be consistent. And core to ABM is that you can’t automate every personal touch in that experience.

Sure, you can reinforce things with marketing automation, but ABM is a highly-personalized, highly-intelligent approach to marketing. Which is what we’ve always been trying to do. What’s changed is that most channels aren’t so wide open anymore, and you can’t just go in there and make a splash by being first to the punch. There will always be be something new on the horizon, but the spike on the return is now shorter than ever. Then the next thing rolls out, and within a few months the opportunity is dead because everyone has flocked to it.

So, it pays for savvy marketers and sales professionals to stop playing the game of “new channel whack-a-mole.” Instead adopt an “everywhere, but for a few” mindset that allows you to truly develop personalized interactions.

Justin Gray
CEO
Justin Gray is the CEO & Chief Marketing Evangelist of LeadMD. He founded the company in 2009 with the vision of transforming traditional "grassroots" marketing efforts through the use of cloud based marketing solutions. Gray sees grassroots marketing dollars shrinking and traditional branding efforts being strewn aside in favor of a true Conversational Marketing approach.
Twitter
LinkedIn
You might also like ...
Marketing
Efficient Growth Marketing Just Got Cool Again
From 2018 to 2021, I led marketing for Firetrace International, a profitable company. As a member of the leadership team,...
by MJ Peters
Communications & Branding
The Five Pillars for Building an Effective Community
I get a lot of questions about building a community—specifically, how I did it at OpenView. For context, I joined...
by Casey Renner
Marketing
Product Marketing the PLG Way: A Collection of Best Practices
If a product launches, but no one’s around to hear it, did it really make a sound?  While product marketing...
by Shannon Curran