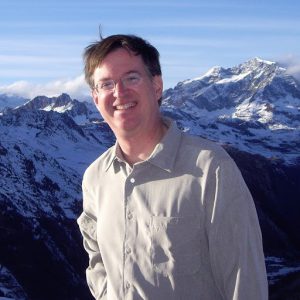 In this week’s Labcast, Richard Stiennon, security industry veteran and author of UP and to the RIGHT: Strategy and Tactics of Analyst Influence, discusses the crucial role that analysts play in the tech industry, what it takes to get placed in the Leaders Quadrant, and the significant challenges and opportunities expansion-stage marketers and executives face in relation to their peers at larger growth companies.

Labcast 78_ Influencing Analysts in the Tech Industry with Richard Stiennon

Kevin: Hello, and welcome to the podcast. I’m Kevin Cain, and today I’m joined by Richard Stiennon to talk about how to influence analysts. For those of you who don’t know Richard, he is a security expert and the founder and Chief Research Analyst of IT Harvest, an industry analyst firm that examines trends and emerging threats and the technology to counter them. He’s also the most followed IT security analyst on Twitter and the author of Surviving Cyberwar, as well as his latest book, Up and to the Right: Strategy and Tactics of Analyst Influence. Richard, thanks so much for joining us today. Why don’t we get right into the first question which is: Can you tell me what role analysts should be playing in the tech industry?

Richard: Yeah, Kevin, analysts are almost the Consumer Reports, the guide that people use for making large technology decisions, and the industry was arguably invented by a guy named Gideon Gartner back in the ’80s I believe it was. Back then, of course there weren’t very many IT products. It was pretty much IBM and ENDL. And yet there was a business model that he came up with to provide experts to guide these large companies, who are making multi-million dollar buying decisions, which product to choose. It’s evolved to a state today where there are thousands of industry analysts, several for each little segment of the technology space, and these guys are experts, so people want to have access to them and understand their thinking on making product decisions or solving problems they have with particular vendors. That’s led us to this whole ecosystem with the industry analysts being part of the glue that holds it all together.

Kevin: Sure, so it would make sense. Then you would want to have a really good way of working with those analysts. Something that you talk about a lot in your book is this whole idea of the leader’s quadrant, and I wanted to get a sense of how that all fits into this.

Richard: Yeah, the Gartner leaders or Magic Quadrant is probably one of the most vilified documents in the space. It feels like, to a vendor firm, it’s subjective and the favorites get put up in the leader’s quadrant and the most innovative companies are always left off the quadrant because they’re too small or they’re identified as a niche vendor, which, of course, sounds derogatory. But in actuality for Gartner’s client base, which is the top 10,000 organizations in the world, the biggest 10,000 organizations, it’s a guide that they use for short listing product vendors and hoping to get informed decisions about what they purchase. So it’s extremely important to optimize your position in that magic quadrant.

Kevin: So what exactly can a technology marketer or an executive do to do that exactly and optimize their position?

Richard: Simply and most straightforward is to ensure that the analysts who are responsible for creating these magic quadrants are well informed about what your company does, what your products do, what the advantages are over the competition, and the only way you can do that is direct contact and then what I call influencing from this pyramid of influence. So anyone in your addressable market can potentially influence the market buzz and the things that are being talked about on Twitter or in forums about your products. So you have to make sure, at a basic level, that you keep all those people happy and hopefully keep them talking about what you do and how great you are. It goes all the way to the peak of influence pyramid where the most influential participants in the market for the Gartner analysts are the CIOs and the top IT people at the Gartner client base. So as you first enter the enterprise space and you have happy customers, it’s really, really important to get them to mention you and talk about you with their Gartner analyst, because that’s going to be the first indication that Gartner has that you’re and up-and-comer.

Richard: Yeah. First off, you’re probably not going to have the type of capital and ability to invest in full-time professional analyst relations people, but I’ve seen companies excel at influencing me, as an analyst, or other Gartner analysts back when I was there by creating a direct connection between either the CEO or the CTO and the analysts. You can do that. I’ve seen this done without them ever paying a dime, other than flying out to a conference the analyst is at. So we’re actually flying out to their home base and meeting them for coffee. The analyst, even though they might not be recommending an expansion-stage companies products to the biggest banks in the world, if you’re doing innovative stuff, they’ll mention you in the conversations because they want to be on top of their own space. They want to be able to talk knowledgably about every vendor in the space. So if you’re top of mind, if you just met with them, or just contacted them, or just sent them a press release and they’ve got a call with somebody who’s making a product decision in the next day, if you’re top of mind, they’ll mention you.

Kevin: That’s great. So Richard, your new book, it’s called, Up and to the Right: Strategy and Tactics of Analysts Influence, where can people get a copy?

Richard: Yeah, you just get it on Amazon today. So both print and Kindle versions are available there. We’re going into the national and actually international distribution within a month, and of course it’ll eventually be available on Apple and all the other ways that you can get books.

Kevin: Excellent. And if people want to follow you on Twitter, what’s the best way to do that?

Kevin: Great. Richard, thanks so much for joining us today. I really appreciate it.

Richard Stiennon
Chief Strategy Officer
Richard Stiennon, is the Chief Strategy Officer at Blancco Technology Group. He is also the Senior Fellow at International Cybersecurity Dialogue. In addition to being a contributing analyst for GigaOM, he is author of UP and to the RIGHT: Strategy and Tactics of Analyst Influence and the blog http://www.threatchaos.com.
Twitter
LinkedIn
You might also like ...
Marketing
Efficient Growth Marketing Just Got Cool Again
From 2018 to 2021, I led marketing for Firetrace International, a profitable company. As a member of the leadership team,...
by MJ Peters
Communications & Branding
The Five Pillars for Building an Effective Community
I get a lot of questions about building a community—specifically, how I did it at OpenView. For context, I joined...
by Casey Renner
Marketing
Product Marketing the PLG Way: A Collection of Best Practices
If a product launches, but no one’s around to hear it, did it really make a sound?  While product marketing...
by Shannon Curran