Is Automation Out and Authenticity In? The Power of Getting Real with Your Customers 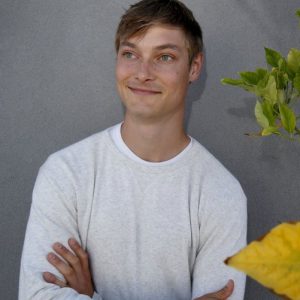 As a startup or expansion-stage company, you’re probably eager to scale your marketing. But before you get wired on automation, consider why you should stop obsessing over scalability and start getting real with your customers.

A Case for More Personalized Marketing

When Ryan Hoover receives a new subscriber to his popular Startup Edition newsletter, he doesn’t greet that person by firing off a generic, boilerplate email thanking him or her for signing up.
Instead, Hoover sends every new subscriber a fully personalized email, thanking the subscriber for joining the Startup Edition club and encourages that person to reach out directly via email or Twitter with questions or suggestions.
“By nature, email is an intimate, personal channel, so I feel like it should be treated that way,” says Hoover, who founded Startup Edition as a side project and continues to serve as the Director of Product for PlayHaven, a business engine for mobile game developers. “My goal is to genuinely thank people for subscribing and take the opportunity to connect with other likeminded people. As a byproduct, I stand out from automated, boring welcome emails.”
So far, it’s an approach that is working well for Hoover.

Find out why Ryan believes in “People Over Page Views”

Startup Edition, which delivers weekly wisdom from a variety of founders and software experts (such as Buffer founder and CEO, Joel Gascoigne), has rapidly evolved from a side project into a robust network of bloggers, entrepreneurs, engineers, and hackers — and the newsletter’s email list continues to grow by the day.
“It really started off as an experiment, and in a lot of ways I still view it that way,” Hoover says. “Basically, we recognized a need for a curated gathering of bloggers in the startup community and decided to give it a shot. We were genuinely focused on creating a resource that could help fellow developers, designers, engineers, and founders, and I think that authenticity comes through in our engagement with our email list.”

Why Startups Should Do Things that Don’t Scale

Of course, Hoover recognizes that his personalized email approach won’t necessarily be sustainable as Startup Edition scales.
But that’s not the point.
Hoover says he discovered early on in Startup Edition’s development that even the smallest personal touch can have a big impact. And that was never more evident than when Quibb founder and CEO Sandi MacPherson responded to Hoover with a personal email after he signed up for her members-only professional networking service.
“It wasn’t a very long email, but it was very impactful,” Hoover remembers. “I replied to her message and we shared a short conversation where I learned the meaning behind the name Quibb. That small interaction proved that the Internet doesn’t have to be faceless, and we don’t need to communicate like robots.”
Will MacPherson be able to continue doing that as Quibb grows into a much larger business? Maybe not. But as Y Combinator founder Paul Graham points out in this blog post, doing unscalable things isn’t just an unnecessary evil of startup culture, it’s also something that very often changes companies for the better in the long run.

How Moz Turned Authenticity into a Competitive Advantage

“If you have to be aggressive about user acquisition when you’re small, you’ll probably still be aggressive when you’re big,” Graham writes in that post. “If you have to manufacture your own hardware, or use your software on users’ behalf, you’ll learn things you couldn’t have learned otherwise. And most importantly, if you have to work hard to delight users when you only have a handful of them, you’ll keep doing it when you have a lot.”
Hoover says that he tries to incorporate that approach into each of his interactions with Startup Edition’s subscribers and contributors — whether it’s via email, Twitter, his blog, or some other medium. Of course, there may come a time when Startup Edition grows so large that Hoover is unable to do those things himself. But until that point, why not go above and beyond? That can be a crucial competitive advantage and Hoover says he may as well do it while he can.
“The people that I really admire most are the ones who are very transparent and open with their personality,” Hoover says. “Ultimately, I think that’s scalable. As a business grows, the founder or CEO may not have time to reach out to every single customer that signs up, but that person’s authenticity will permeate throughout the organization.”

Tips for Shedding Corporate Shackles and Getting More Personal

Okay, personalized and authentic engagement is one thing for a newsletter like Startup Edition, but what about a startup or expansion-stage software company whose customer base is rapidly expanding and evolving.
Simply put, Hoover believes the same principles he uses for Startup Edition largely apply to that scenario, too.
So, if you want to develop more engaged customer lists, build stronger relationships with industry influencers and partners, and establish more genuine interactions with key prospects, Hoover suggests doing these three things:

Importantly, Hoover is not suggesting that companies should abandon marketing automation tools, or write off automation altogether. Instead, he’s simply urging growing businesses not to rely too heavily on them.
“Automation can be extremely valuable, particularly as a business scales,” Hoover says. “But businesses should also be actively looking to engage with customers directly every chance they get. And when they do that, I think the key point to remember is that even the smallest personal touch can go a long way.”

What Do You think?

Can marketing automation still be authentic? Should marketers be striving for more personalization, scalable or not?

Ryan Hoover
Founder
Ryan Hoover is the Founder of Product Hunt. Previously he was the Director of Product for PlayHaven, a business engine for mobile game developers, and the founder of Startup Edition, a curated network of founders, hackers, developers, and designers.
Twitter
LinkedIn
You might also like ...
Marketing
Efficient Growth Marketing Just Got Cool Again
From 2018 to 2021, I led marketing for Firetrace International, a profitable company. As a member of the leadership team,...
by MJ Peters
Communications & Branding
The Five Pillars for Building an Effective Community
I get a lot of questions about building a community—specifically, how I did it at OpenView. For context, I joined...
by Casey Renner
Marketing
Product Marketing the PLG Way: A Collection of Best Practices
If a product launches, but no one’s around to hear it, did it really make a sound?  While product marketing...
by Shannon Curran