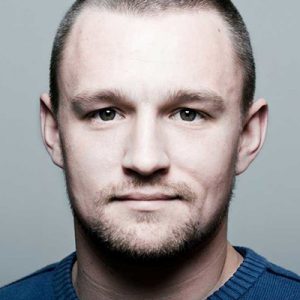 …the coverage of the Summer Olympic Games and the controversy surrounding fast food chain Chick-fil-A. He also highlights several takeaways for B2B companies seeking to improve and refine their own social media strategies.

Labcast 80_ The Olympics, Chick Fil A, and Social Media with Nate Riggs

Kevin: Hello, and welcome to this edition of Labcast. I’m Kevin Cain, and today I’m joined by social media expert, Nate Riggs, to talk about arguably two of the biggest social media stories of the summer, that being the Summer Olympic Games going on in London right now, as well as the controversy surrounding a fast food chain called Chick-fil-A following some controversial comments that company’s president and COO made earlier in the month.

For those of you who don’t know Nate, he’s a content marketing and social media specialist who has spent the past 11 years advising companies like Bob Evans Farms, Scotts Miracle-Gro, Bayer Animal Health, and Ohio University on how to produce compelling content for the web and how to use that content to build, manage, and grow social media communities and brand advocates. Nate is also the director of social business at The Karcher Group and an avid blogger. Hey Nate, thanks for joining me today. How’s it going?

Nate: Hey, thanks for having me.

Kevin: So, as I alluded to at the introduction, what we want to talk today is about two of the arguably biggest social media stories of the summer, those being the Summer Olympic Games going on right now in London, which are being called the social Olympics, where there’s unprecedented social media coverage, and then the story around Chick-fil-A. For those who are listening who don’t know about that, the head of the company, Dan Cathy, earlier this month made some comments indirectly on gay marriage, saying that he preferred biblical family definition versus a more modern definition. That story has since played out in the news in multiple ways and all over social media.

Nate: The Olympics have been interesting. What I think is most interesting is this is the first Olympics that we’ve seen that television advertisers and sponsors of the Olympics and radio and all the traditional media that you see is really promoting the Olympics on social media, and in particular Twitter.

Obviously, it’s all over the place across different networks, but just last night there was a commercial, and it was really interesting how they did it. It was after the synchronized diving. I believe, it was the British team that was out there, and they messed up a dive. One of the guys kicked over the dive and made a big splash. Within about the next five minutes you saw an actual 15 seconds spot that re-showed the dive, and then it moved to a hash tag, #Olympics, and it asked the audience, “What do you think is going to happen?” They were in the moment driving stuff right away to the web. It was really fascinating to see how quickly they did that.

Kevin: Yeah, I actually saw that, too. That was pretty cool. What do you think the implications of the social Olympics are for smaller, say, expansion stage businesses? Are there any lessons learned that you would take away from it?

Nate: Obviously, the tie to traditional media and online media, that gap is getting smaller and smaller and smaller. Really at the end of the day, when you look at the web it’s very valuable, but traditional media still is out there reaching the masses every day. So really trying to figure out how to build in the tools and the tactics around social media, but tie it to what you’re already doing. You may not be a business that’s big enough to advertise on television, but what can you do out of home, what can you do in your retail environment if you’re a store or a restaurant, that really tries to drive people on the web in a meaningful way, not just for some incentive based contest, but really gets them to interact with the brand. Part of that then is having people that are ready to embrace that conversation on the line waiting.

Kevin: Yeah, absolutely. I think you’re right. We’ve absolutely seen the Olympics do that in between the sponsors and the athletes themselves and the Olympic organizers. They’re really doing a fantastic job. Now, let’s turn to somebody who’s maybe doing a little bit less of a fantastic job, and that’s the folks over at Chick-fil-A. As I explained earlier on, they’ve had this controversy spin out based on some comments that the COO and president, Dan Cathy, had made earlier in the month.

What are your thoughts about how that message is spread? We’ve got here in Boston the mayor writing a letter telling them that it doesn’t want Chick- fil-A to come to Boston. There have been similar letters from the mayor of Chicago, I believe. We’ve seen The Muppets pull their product from being a toy with Chick-fil-A. What are your thoughts on how this played out and the implications for social media?

Nate: I think at the end of the day this isn’t about social media at all. This is a case study in brand. Social media is just the amplifier. If you read the statement from Cathy and the exact statement that really got everybody riled up was, and I quote, “We are very much supportive of the family — the biblical definition of the family unit. We are a family-owned business, a family-led business, and we are married to our first wives. We give God thanks for that.”

Really nowhere in that statement did he make any direct remarks against gay and lesbian marriage, same-sex marriage, the gay and lesbian community, but there are a lot of off-handed comments that if you look at the history of the brand, that’s what people are up in arms about right now. Even though he didn’t say anything directly, people look at that statement in the context of what’s happened in Chick-fil-A, and suddenly then start to create their own content and their own stories and their own opinions, and it doesn’t take very long when that happens to have the entire story spin out of control. I think that’s what we’re seeing happen right now. It’s really an interesting downfall of a brand. Will it be long-term? Most likely not. Eventually, the brand will bounce back in public opinion, but it’s interesting to watch it unfold.

Kevin: What would you do if you were working at Chick-fil-A right now? How would you try to mitigate the damage either through social media or other brand and PR outreach?

Nate: At the end of the day, it also comes down to target audience. The one thing that I think Cathy did was stand his ground in position, and really you cannot fault Cathy for his beliefs. Everybody in this country has the right to believe what they want and put whatever definition to words that they would like. I think it was a little bit risky that his statement very much said family business. When you’re talking about the size of something like Chick-fil-A, even though it is a family business, there are other people invested in that business. Making the claim that “we are married to our first wives,” I guarantee you that if you went to Chick-fil-A and dug into that you’d find some people that probably were married to their second wives or different mixes of the family.

Are they handling it? Are they standing their ground? Yes. Are they doing it in the best way? Probably not. Obviously, on social media there’s been some questions about statements that they’ve made in terms of The Muppets and so on and so forth, so we’ll see how it plays out.

Kevin: Yeah. It definitely will be interesting. Last question is definitely the easiest one, and that’s just where can our listeners go to follow you and get more information about you, Nate?

Nate: I blog on nateriggs.com, and that’s hopefully going to be under construction here with a revision pretty soon. Then the agency I work for is The Karcher Group in North Canton, Ohio, and we are tkg.com.

Kevin: Great. Nate, thanks so much for joining us today. We really appreciate it.

Nate: Thanks very much for having me.

Nate Riggs
Founder & CEO
Nate Riggs is a content marketing and social media strategist who has 11 years of experience helping mid-sized and enterprise companies use the web to win and keep the attention of their customers. Nate is currently the Founder and CEO of NRMedia Group. Previously, he was the Director of Social Business at The Karcher Group. In addition to writing for his own blog he is a regular contributor to the Content Marketing Institute. His first book, The Art of Blogging, will be published by CMI Books in 2012.
Twitter
LinkedIn
You might also like ...
Marketing
Efficient Growth Marketing Just Got Cool Again
From 2018 to 2021, I led marketing for Firetrace International, a profitable company. As a member of the leadership team,...
by MJ Peters
Communications & Branding
The Five Pillars for Building an Effective Community
I get a lot of questions about building a community—specifically, how I did it at OpenView. For context, I joined...
by Casey Renner
Marketing
Product Marketing the PLG Way: A Collection of Best Practices
If a product launches, but no one’s around to hear it, did it really make a sound?  While product marketing...
by Shannon Curran