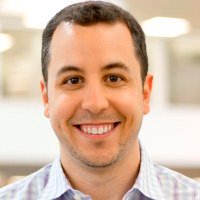 Did you know that there’s a limit to how many tweets you can post per day? As Lauren Dugan wrote not long ago on MediaBistro.com, the almighty Twitter cuts you off at 1,000 tweets (including retweeted content) to reduce the strain on its poor, over-worked servers.

The good news, obviously, is that the Green Bay Packers have a better chance of winning the Andrew Luck Sweepstakes than an early stage company does of ever sniffing that daily number. And since you have no shot at reaching Twitter’s breaking point, you are pretty much free to tweet is much as you want.

The only problem is, of course, that most companies don’t.

Not long ago I wrote about a site called Twellow, an online Twitter directory that can be used to help build up your following. But the truth is, this are no silver bullets to boosting your brand via social media, and tools like these are only helpful as part of a larger strategy.

As it happens, the TRUE best way to become more visible on Twitter and other social media platforms is a heck of a lot simpler that finding some fancy new tool. All you have to do is TWEET MORE.

Unfortunately, I find that many young companies are entirely too inactive on their social media accounts for them to have any real impact. Just as a lot of interesting, unique content is a must for any content marketing strategy, more tweets, shares and plus ones are required to make waves in social.

Now I’m not saying that companies should go out and try to reach Twitter’s 1,000 tweet cut-off line each day. That would be utterly ridiculous for obvious reasons. Nor am I saying they should tweet 100 or even 50 times a day. That kind of malarkey would probably cause you to lose more followers than you’d gain. But if you’re going to have a social media account, and you want to increase your brand, you need to actually use it. One or two tweets a week won’t cut it. (This goes for personal accounts as well, which honestly, I prefer. But let’s keep the conversation focused on company accounts for the sake of simplicity.)

Social media should be built into the rhythm of your marketing team (or whoever manages those accounts) to be updated frequently, as in multiple times per day. You should also have a clear understanding of the types of people and businesses you want to reach, so you can create content and messages specifically for them. Finally, targeting the influencers in your field is critical, as this will allow you to engage with them via your tweets.

Here are a few tips for being more active on Twitter in a way that really matters.

One of the most common (and in some ways, lamest) ways to build your following is to just go out and follow a bunch of other people. But there’s no real engagement in that, nor is there any value in simply following people for the sake of more followers.

That’s nice. You have my title and a link to my article. Thanks. But you also have 140 characters to work with – use them! A better way to do it would be something like this:

Now that’s more like it. You’ve highlighted my article at the top, included a link, tagged it with the appropriate topic (#contentmarketing), and included not only my handle, but the site’s as well. You’ve also added your own little commentary to prove you’re a real person.

Now I can see that you’ve mentioned me and am aware of who you are. Whoever is running my site’s Twitter account will see the same. You’ve opened the door to a relationship with us that could lead to follows, retweets, guest posts, etc. You’ve also tagged it appropriately so that others interested in content marketing are more likely to find your tweet. In other words, you’ve drastically improved the value of your tweet simply by taking a few extra steps.

Now the more you do this, the more value you will get. So how often should you be tweeting? Andrew Davis of Tippingpoint Labs and OpenView Senior Advisor Joe Pulizzi ascribe to the “4-1-1” strategy. Basically, the idea is that for every one tweet linking to a piece of your own content, and another that is purely promotional, you should post four tweets that share content from others around the Web.

I’m a big fan of this strategy as it ensures that you don’t become to “me first” on Twitter (which people generally hate), but also allows you to build your following while promoting internal content.  In addition, it gives you an incentive to find cool, informative articles, which will educate you on different aspects of your strategy and business in the process!

Try adding the 4-1-1 strategy to your daily rhythm three times a day. You’ll be amazed at what a little increased activity and engagement will do to raise your profile.

Brendan Cournoyer
Content Strategist
Brendan worked at OpenView from 2011 until 2012, where he was an editor, content manager and marketer. Currently Brendan is the Vice President of Corporate Marketing at Brainshark where he leads all corporate marketing initiatives related to content, creative, branding, events, press and analyst relations, and customer marketing.
Twitter
LinkedIn
You might also like ...
Marketing
Should You Buy A Media Company?
Earlier this year Pendo acquired Mind the Product, the world’s largest destination and community for product folks. Odd, right? What...
by Kyle Poyar, Sanjiv Kalevar
Marketing
Efficient Growth Marketing Just Got Cool Again
From 2018 to 2021, I led marketing for Firetrace International, a profitable company. As a member of the leadership team,...
by MJ Peters
Communications & Branding
The Five Pillars for Building an Effective Community
I get a lot of questions about building a community—specifically, how I did it at OpenView. For context, I joined...
by Casey Renner