5 Key Criteria to Consider When Designing Your App 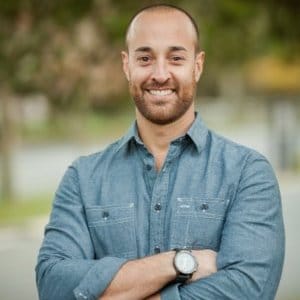 Laughing at someone’s expense is one of life’s greatest pleasures. Unfortunately, wisdom, age and experience is making that harder and harder to do…

Particularly when it comes to apps – laughing at other people’s apps.

Because judging someone’s app from a once-over, purely aesthetic POV is not something we do much of anymore. In fact, at New Haircut, we’re instantly suspicious of any designer who plays critic-at-large.

Yeah, the whole maturity thing is a bummer. But there’s a logic to it. Aesthetics are subjective. We can get into a bare-knuckle brawl over it and still not resolve anything. Functionality, however, is purely objective. Either your app does something well or poorly. A poorly functioning app, no matter how gorgeous, will be quickly deleted.

Here’s what I mean when it comes to design vs function.

Remember the Drudge Report? That mid-90s news website which broke the Clinton-Lewinsky story? It was HUGE back then.

And it’s HUGE now… even though looking at it feels like you traveled back to 1996 via the hot tub time machine. The content hasn’t changed one bit (“Huma’s Bill Clinton Secret!”) and neither has the aesthetics. Drudge is a single scrolling page without navigation, in plain text copy, stuffed with intrusive, screaming banner ads.

The only thing WORSE than the website is the app. The official Drudge app gets a single star in the iTunes Store. It does slightly better in Google’s store, but Android users can choose from multiple unofficial apps for reading Drudge.

Despite all this baggage, it’s estimated that Drudge generates >$24 million a year in revenue. Nobody can say how much of that comes through its (free) apps, but millions of people have downloaded them. The Drudge app currently hovers around the #100 spot in the iTunes store.

How is that possible? The app sucks, right?

Costs a Lot to Look This Cheap

Well, yes the app sucks, according to reviewers (“ads take over the whole screen!”). But the founder of Drudge (Matt Drudge) ain’t no dummy. Competing news companies drool over his monetization methods (“The site is like a 1995 Ford Escort with a 500-horsepower advertising engine under the hood“). The founder of Basecamp even praised his site’s design – with zero irony.

What I mean is, at any time, Matt Drudge could make a clean app that would make reading his website a lot easier. The reason he doesn’t is because obviously his fans really don’t care about shoddy aesthetics and pushy ads. If they truly cared, they’d stop visiting the site. Actions speak louder than words. That’s why Drudge hasn’t (seemingly) changed in 20 years. Why fix something that ain’t broken?

That’s not to say Drudge is sitting on his hands. He’s not. I’m only sayin’ that improvements to an app aren’t always noticeable to the typical user. I feel comfortable saying (with 96.5% certainty) that Team Drudge is constantly testing, tweaking and analyzing how customers use their app.

Switching gears for a sec, I think now would be a good time to drop a Steve Jobs quote: ”Design is not JUST what it looks like and feels like. Design is how it WORKS.”

You gonna argue with him?

So before you mock an app, walk a mile in its shoes. If you can’t do that, at least spend enough time fiddling around with it to make sure you understand it properly. Here are five things to consider:

The best apps do at least ONE thing great. That one thing — entertain, solve a problem — should be the most important criteria for judging it. With that in mind, comparing the Drudge app (entertainment) to, say, the Airbnb app (problem solving) is pointless. BTW, the critics killed Airbnb’s first app because of its ugliness.

Although every detail of an app contributes to the UX, not all details are equally important. An app is more than the sum of its parts. Neither is UX another word for white space and grid patterns. Instead, UX is more like a feeling… an emotion… a memory.

That said, most companies would probably be smart to make their apps pretty. An app needs to get downloaded and used before anyone can witness its streamlined flow, it usefulness and intuitive design. Addictive, viral apps are built on UX.

Companies have been using templates for their websites forever (in case you’re interested, there’s a Drudge template for WP). The reason is that customers within an industry usually interact with websites in predictable ways.

That same principle applies to apps. If the app in question looks similar to other apps in the same space, it’s probably not a fluke. The design or template might just be what’s converting now. Studying industry templates as one part of the customer learning process is standard for smart designers.

Branding is both a subjective and objective term. Subjectively speaking, anyone can like or dislike an app’s choice in colors. Objectively, you can rate an app’s consistency in using those same colors in their copy, buttons and imagery.

One important element of branding that casual critics miss is the app’s target audience. For example, if Drudge offends you politically, your natural aversion could blind you to as to why his branding works (e.g., plain text is easy to read for 65-year-old men using a desktop app).

Point blank, in our day any app that isn’t FREE is going out on a limb. In best case scenarios, the creators put a lot of thought into the app and the pricing strategy. Charging for an app deserves at least a lil’ respect. It makes the app stand out like a bull snake in a bathtub.

So here we are. Now, if after playing with your app of choice, you find it fails one or more of these tests, then go ahead and mock away. Blast it on Twitter (#loserapp). Go on Gizmodo, TechCrunch or The Verge and leave a scathing, sixteen paragraph review. At least then, nobody will accuse you of talking out your…umm, backside.

Jay Melone
Partner
Jay Melone is a Partner at New Haircut, a product strategy and training group based in NJ. They help product teams fall in love with the digital solutions they make, and how they make them. They offer design sprints, problem framing, and outcome-based roadmaps as part of their 4-week Product Transformation Program.
Twitter
LinkedIn
You might also like ...
Product
New Approaches To the Old-School Relational Database
Editor’s Note: As two investors keeping a close eye on the world of data, Kaitlyn Henry from OpenView and Sam...
by Kaitlyn Henry, Sam Broner
Product-Led Growth
Which Public Companies Are Product-Led? 40 At Our Latest Count
Product-led growth (PLG) is an end-user-focused growth model that relies on the product itself as the primary driver of customer...
by Sam Richard
Product
Your Guide to Ungated Products
In a product-led growth model, you’re challenged to deliver value first and monetize second. PLG companies almost always allow users...
by Kyle Poyar