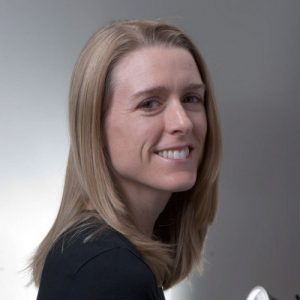 Whether you are developing, fine tuning, or advancing your software you need to keep your users in mind. Although you know your product inside and out, your users will be approaching it from a different angle — often one you may not have considered.
Developing accurate user personas will go a long way toward helping you successfully manage your user experience research, says UX design expert Kyrie Robinson, a partner at the Silicon Valley Product Group. In a recent conversation with OpenView, Robinson pointed out that there are plenty of lessons to be learned from your users, and tuning to them early and often will continuously provide value as your business grows.
“By talking to customers that you think represent your user personas and figuring out what motivates them, what matters to them, and how they use the product, you can develop a much deeper understanding of your users and design products or features that they really want or need,” Robinson says. “Those personas can ultimately feed your design process.”
While there are plenty of things to consider when developing user personas, Robinson says there are two tactics that are particularly important:

1) Use Data to Discover User Tendencies & Validate Your Theories

The most important thing with user personas is to make sure they are grounded in data, Robinson says. While you might have a fantasy of what you want your persona to be, that isn’t going to get you very far.
Simply going out and talking to those who are working with your product is the best way to gather that data. You will uncover countless nuances in your users by discussing their relationship with your product.

“While working for one client, we sent out some UX designers to talk with the admins who were using our service,” Robinson says. “In our minds we were aiming the product at admins who were booking travel. It turns out, however, that there were two distinct groups using our service and a large gulf existed between the ways the two interacted with the service.”
Corporate level admins, Robinson discovered, were operating on a level of fear about the trips that they booked. There was a level of anxiety involved in planning their trips, as they had to be sure not to place their executives on the wrong flight or in the wrong hotel.
Meanwhile, admins who worked for larger teams were more concerned about efficiency. They often booked the same trip over and over again, so they were interested in an easily replicable template.
“The only way to uncover the motivations of those users was to initiate conversations with them,” Robinson explains. “That’s what actually allowed us to drive the product designs. We couldn’t just assume who our user personas were, we had to go out and validate them.”

2) Know the Differences Between Buyers and Users

The marketing material for your product is going to be aimed at your buyer personas, as they are the ones pulling the trigger on the purchase. But UX design should look at the user persona, which Robinson says is often entirely different.

For instance, when Robinson and her colleagues worked with TiVo, the company’s buyers were early adopters of technology who didn’t mind tinkering with wires and video components, and had a higher tolerance for highly technical products.
TiVo’s primary user persona, however, was very different.
“The design personas included the tech savvy early adopter obviously, but it also included that person’s spouse,” Robinson says. “And that spouse was the really critical person, because if the spouse was happy, everyone was happy, and the machine didn’t need to go back to the store.”
By discovering that the spouse persona was less tech savvy and had a very low tolerance for bugs or complex computers, TiVo could design its product for that person — while also keeping the early adopters’ wish list in mind.
“It was an interesting realization at TiVo, recognizing that the marketing team was speaking to a tech enthusiast and the design team was primarily speaking to someone completely different,” Robinson says. “It really changed the way we thought about UX design.”

Are You Creating Products Your Users Love?

Ultimately, Robinson says that a growing technology company’s UX design goal be to conduct a user experience research and locate the user who, if they are happy, all other users are going to be happy. If you can identify that persona — and begin to understand them better through data and real customer feedback — then you can base your UX design around them.
How have you leveraged user personas to dominate UX design? Do you have any interesting stories to share like the one from Robinson’s work with TiVo?

Kyrie Robinson
VP of User Experience
Kyrie Robinson loves to create world-class user experience and product design for consumer technology products. She has developed and led several successful UX teams at leading Silicon Valley companies. In particular she is well known for her work building and leading the original UX team at TiVo. At SVPG she was a design consultant for many high profile technology companies such as Chegg Chegg, Kno, Gilt, Zinio, LeapFrog, ReadingRainbow, Meebo, MobileIron, and Workiva.
Twitter
LinkedIn
You might also like ...
Pricing & Positioning
The State of Usage-Based Pricing: 2nd Edition
Last year, we reported on the widespread shift to usage-based pricing—charging based on usage, not just user seats. But a...
by Kyle Poyar
Product-Led Growth
Your Guide to Product-Led Onboarding
Whether you’re implementing a PLG strategy for the first time or optimizing from a strong foundation, odds are you’re thinking...
by Kyle Poyar
Pricing & Positioning
Your Guide to Pricing Transformations in 2023
Welcome to the fourth edition of the Pricing Transformations series. This year we look back at 2022 and forward to...
by Kyle Poyar, Steven Forth