Five Characteristics of Every Successful Team & How to Build Cohesion 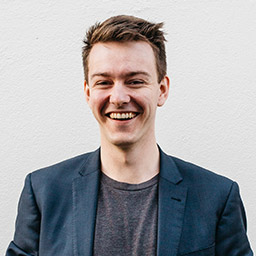 Though the misanthropes among us may be disinclined to agree, teamwork is at the heart of almost everything we do as a society. Whether the goal is to win a basketball game, write up a killer proposal for a client, or organize a potluck, more often than not it takes a group of motivated people working well together to make things happen.

And given how often we rely on teams, in both a professional and personal context, you’d think we’d be experts at teamwork – but that’s simply not the case, as anyone who’s ever had to do a group assignment at school or work can tell you.

So what separates a successful team from an unsuccessful one?

MIT’s Human Laboratory set out to find out just that a few years ago. In a study of a number of workplaces across a diverse range of industries, the team at MIT collected data on the ways human beings in teams communicate with each other.

They found that successful teams share five defining characteristics. They are:

The MIT data also uncovered another fascinating fact – the talent of the individuals that make up the team contributes far less to success than you’d expect. The key to success, according to MIT, is not to stack a team with the smartest and most accomplished people you can find, but to guide your team in adopting successful communication patterns.

High-performing teams will, invariably, have high levels of engagement and exploration. Energy levels will tend to ebb and flow depending on the format and content of team meetings, but will also err on the high side.

Clearly, communication is the key to creating and building great teams – the research indicates that socialization within teams is critical, accounting for more than 50% of positive changes in communication patterns.

Chris Power
Head of Growth & Workforce Management
Chris Power is head of Sales and Marketing at Ento , a cloud-based workforce management software that helps 3,000 major companies (including Telstra, World Vision and Bakers Delight) streamline their staff rostering without any frustrating spreadsheets. Ento is founded on the belief that team building activities can foster great relationships and empower workplaces.
Twitter
LinkedIn
You might also like ...
HR & Leadership
'Be Humble,' and 5 Other Pieces of Terrible Advice

We asked leaders in the OpenView network to tell us the worst advice they’ve ever gotten, and here’s what they said.

Hint: Your title doesn’t make you a leader.

If you can develop this habit and get your team on board, it’s a small thing that can make a big difference.