Why Strong Company Culture is Cultivated, Not Created 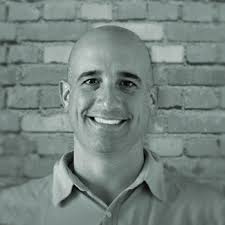 Perform a Google search for “company culture” and you’ll quickly access 1.5 million articles about how to create, change, or develop a better work environment for your team.
The problem with many of those articles, however, is that they revolve around the idea that entrepreneurs and executives can somehow manufacture or manipulate their company’s culture into some sort of utopic corporate environment. The reality, says Pete Gombert, CEO of local marketing automation platform Balihoo, (disclosure: an OpenView portfolio company) is that culture is essentially an organic manifestation of a CEO or founder’s passion, beliefs, and actions.
“Culture isn’t something that’s dictated by a poster you hang on the wall or a witty slogan you pound into your team’s head,” explains Gombert, who has founded or co-founded three software companies. “It’s something that is felt. When you walk into an office, visit a company’s website, or talk to a business’s founders, you should be able to sense culture and determine what exactly drives or fuels the business.”
In that sense, culture can’t really be created. Instead, Gombert says culture is cultivated and influenced by the people you hire, the priorities you set, the policies you implement, and the goals you set.
“I’m not suggesting that cultivating culture is a hands-off process, because there is such a thing as bad culture,” Gombert says. “But I do believe that the key to a great company culture is to allow your employees to self-direct the key elements of culture. What do they care about? What drives or motivates them? What do they want to accomplish? Obviously, you can supplement those elements with your own mission, vision, and values, but it has to be a collaborative process. You can’t just demand that your team adopt some cultural vision that you have in your head.”

4 Pillars of a Strong Company Culture

“Culture isn’t something that’s dictated by a poster you hang on the wall or a witty slogan you pound into your team’s head. It’s something that is felt.”

When it comes to talking about the importance of company culture, Gombert and his team at Balihoo have the credibility that comes with walking the walk. In 2013, Balihoo was named one of the top 50 places to work in America by Outside Magazine and one of the best places to work in Idaho. Moreover, Forbes and Men’s Health magazines have recognized Balihoo for its employees’ quality of life.
So what makes Balihoo such a great place to work?
It might have something to do with the company encouraging its employees to balance their fast-paced work day with spurts of mountain biking, skiing, rafting, and fishing, but Gombert believes it has more to do with Balihoo’s commitment to four key cultural pillars:


That last point is more of an external-facing concept, Gombert admits, but he says it’s critically important to remind your team that you’re not just some corporate machine that’s obsessed with profits.
“Are we a for-profit business? Absolutely,” Gombert says. “But we’re also very much interested in our employees and the company enriching the lives of others, and I think that allows our culture to really stand out.”

Why Company Culture is About More than Flashy Perks

Need help nurturing your company culture around your core values?

While Gombert acknowledges that Balihoo offers many of the same perks and cultural bonuses that many other growing software companies do (i.e., being bike and dog friendly, providing microbrew beer taps in the office, and offering in-office yoga and fitness boot camps) he stresses those perks don’t define outstanding company culture.
“In many ways, I think those are vanity perks,” Gombert explains. “They’re nice to have and our team obviously enjoys them, but to really stand out and be different you have to develop a philosophy around culture. That means not just talking about how you promote autonomy, employee growth, and volunteerism. It also means putting the dollars, time, and goals behind those promises to make sure they actually happen.”
Ultimately, Gombert believes that level of commitment is the overarching multiplier that separates great company culture from average, run-of-the-mill work environments.
“Any company can install a game room or give their employees the freedom to take as much vacation time as they want, but those aren’t things that really cultivate great culture,” Gombert says. “At the end of the day, it really boils down to having an intense commitment to making your customers and your employees’ lives better. If every decision you make revolves around that, then you’ll attract and retain great people.”
What do you think are the key signs of a healthy company culture? Share your thoughts in the comments below.
Image by Les Haines

Pete Gombert
Founder
Pete Gombert is a serial entrepreneur and visionary with extensive experience building software companies. Prior to founding Balihoo, Gombert was the founder or co-founder of two other software-based businesses. In his spare time, Gombert can be found mountain biking in the Boise foothills or skiing in the central Idaho mountains. You can connect with him on Twitter @pgombert.
Twitter
LinkedIn
You might also like ...
Team Development
3 Ways To Prioritize Peer-To-Peer Learning In The Remote Workplace
The post-pandemic workplace—whether fully remote or hybrid—continues to present challenges for companies that want to keep employees engaged while maintaining...
by Mark Crofton
Hiring
Your Guide To Your First GTM Hire: How To Scale Your Team To Accelerate Growth
Who should be the first go-to-market (GTM) hire at an early startup? This isn’t a new question, to be sure....
by Kyle Poyar
Hiring
The Fight for Tech Talent Isn't Over—How To Pivot Your Hiring Pitch for the Market
It feels like every other day there’s a new headline about another tech company’s round of layoffs or hiring freeze....
by Steve Melia, Maggie Crean