Diversity in Tech: How can the innovators crack this code? 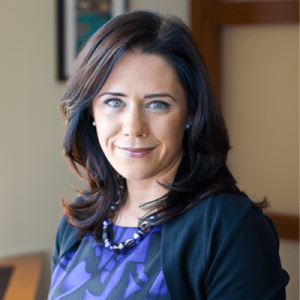 A few months ago, I spoke about culture and microbehaviors at a tech company’s conference in San Francisco. To illustrate what “microbehaviors” are and how they can cause a feeling of exclusion, I described the difficulty I often have as an Irish person—unschooled in American sports—contending with the baseball metaphors my colleagues use all the time.

As I relayed my frustration, the audience started to giggle. Since the group included plenty of non-Americans, I assumed I had touched on a common experience. However, as the laughter continued, I glanced over to the side of the stage and noticed the CEO blushing.

Unbeknownst to me, his big kick-off speech right before my session had been full of “hit it out of the park” and “swing for the fences” baseball sayings to rally his employees now that their company was “playing in the Major Leagues.”

Of course, there wasn’t a sliver of malice behind his remarks; in fact, you can’t find a more supportive CEO when it comes to diversity, yet I could understand how some of his employees invariably would leave that room deflated, sensing they didn’t fully belong.

While the presence of diversity is necessary, it’s a long way from being sufficient if we want to create a culture that is truly inclusive. As the data clearly shows, what we don’t need are more top-down diversity initiatives; the only way to effect change is from the bottom-up, starting with our day-to-day behaviors.

Not so brilliant jerks…

On a much larger scale, the recent headlines from Silicon Valley have reignited the debate around diversity and the long-unaddressed malaise of gender discrimination in the tech industry. Like many women, I’m less shocked by the tales of egregious behavior, such as those depicted in Susan Fowler’s blog about her time at Uber, than I am saddened by the all-too-familiar stories of unwanted advances and inadequate responses. Reading Ellen Pao’s essay last week brought back jarring memories, many of which I’d shrugged off over the years, but now with a baby daughter of my own, I can shrug no more.

For context, I have studied and worked in predominantly male environments for the past twenty-three years. I started in physics and wound up in technology after a decade-long detour into financial services. As such, I’ve encountered more than my fair share of off-putting behaviors that ranged from the uncomfortably embarrassing to the downright harassing.

Early examples include a university lab technician who warned us ladies to watch our bodily appendages, lest we shock ourselves on the equipment, and a “isn’t she lovely” slap on the backside from a senior professor in front of classmates the week before he graded our year-end papers.

While I’d love to say this behavior subsided as I advanced in my career, it hasn’t. Not too long ago, a well-known venture capitalist in Silicon Valley whispered in my ear at a dinner that he wondered how I managed to get so far “looking the way I do.” Not entirely sure how to answer that one, I gave him a puzzled look. Undeterred, he clarified, “I mean with all those curves.” With a demure smile, I replied, “Fortunately, the curves come with a hell of a great brain and an even better personality.”

Needless to say, we didn’t get to this escalated state in the tech industry without countless similar episodes along the way. Toxic cultures are not an overnight phenomenon. When the odd snide comment is ignored, it becomes the inappropriate joke that goes viral; when unwanted flirting is shrugged off, it becomes the overt sexual advance that is dismissed. Over time, these behaviors add up to an environment where people start to believe those actions are acceptable. We become subtly tolerant of “brilliant jerks.”

Much like the broken windows theory in criminology—where a single broken window provides an opening to general incivility in a community that ultimately is linked to more systemic and serious crime over time—the smallest of indiscretions, when ignored, ends up leading to much bigger transgressions. Bad behaviors are our broken windows, indicative of a communal tolerance that ultimately becomes a standard-bearer for an organization’s culture.

As such, focusing on microbehaviors may well prove to be a more effective method for addressing exclusionary and biased cultures. After all, cultures are all about collective behaviors. Those that are truly inclusive and empowering for everyone are made up of microbehaviors that compound day-by-day and, in doing so, create enriching environments where everyone feels like they belong. In short, belonging is about behaviors.

Belonging isn’t a cerebral exercise; it’s a visceral feeling. Unless you feel like you truly belong on a team, in a group, on a board, or in an organization, you are unlikely to bring the full breadth of your thinking, capabilities, and personality to your work, a point made by Pat Wadors, Head of Talent at Linkedin, in The Harvard Business Review: “Diversity and inclusion matter, but it’s how we help each other feel that we belong on the team, in our community, and in the organization that matters most.”

And it’s that full breadth of diverse backgrounds, educations, cultures, experiences, and personalities that make up the cognitive diversity that all organizations and boards so desperately need. Great cultures are visceral in all the right ways, and that sense of belonging is ultimately where a company’s competitive advantage lies.

My work on Wall Street and in Silicon Valley over the past twenty years leads me to believe wholeheartedly that most men and women do not set out to behave in an exclusionary way. We are simply creatures of context, comfort, and conformity. It’s not often that discrimination stems from overt maliciousness (although we’ve certainly seen cases where it has); it’s more likely our unconscious bias and an unawareness of our own behavior that dictates how we think, act, and speak. We rely on behaviors and social norms that have built up over time, and those defaults are unlikely to change unless they are brought to our attention.

To be clear, I’m not advocating for a paralyzing level of political correctness or an oversensitivity that leaves people feeling more constrained than liberated. Instead, the nuanced and innocuous nature of this challenge calls for leaders to speak up when they observe unconscious microbehaviors that otherwise go unchecked.

A few years back, I participated in a day-long talent review that impacted employees’ annual compensation and promotions. Our boss asked my male colleague about the career trajectory of a high-potential and talented female employee. My colleague, a very supportive and inclusive executive, answered, “Well, Tina just had her third baby…”

Needless to say, neither I nor anyone else can recall what was said after that.

The next day, I asked this colleague about an equally high-potential individual named Scott who had also recently welcomed a third baby. I informed him that Scott and his wife hadn’t benefited from a full night’s sleep in weeks because their baby had colic. I pointed out that he failed to mention this situation when discussing Scott, yet he led with family when discussing Tina.

Embarrassed, my colleague stopped dead in his tracks, leaned against the wall, apologized, and asked what he could do to make things right.

As leaders, we each have a responsibility to speak up and point out the broken windows. For example, have you ever noticed how many times women get interrupted in meetings? Or how the dynamics of a room shift when someone starts thumping the table to emphasize a point? Or how often women water down their assertions or even apologize before they share an opinion? And I can’t count the number of times that all eyes turned to me—the lone female in the room—when someone asked who taking minutes for a meeting.

These little habits and behaviors matter.

An answer as simple as A+B?

As leaders and colleagues, we can all become more aware of our behaviors and how, with only small changes, things can dramatically improve. As in the case of my colleague who noticed a third baby with the female but not the male employee, we often don’t realize how one simple sentence can frame an entire discussion.

By bringing to light microbehaviors as they happen and increasing our collective awareness, we can create far more enriching and inclusive environments. We are all empowered to do that, which leaves me feeling optimistic that this dilemma can indeed be solved. In her HBR article, Pat Wadors concurs:

“These moments of human connection, of belonging, are not that hard to create, and they don’t require an organization-wide initiative or policy change. With a few minutes and some level of vulnerability, you can make a huge difference in someone’s life, have a positive impact on your company’s culture, and change the diversity makeup.”

If Silicon Valley can manage to do that…well, let’s just say… it would be a home run.

Anita Sands
Board Director
Dr. Anita Sands is a global technology and business leader, public speaker, and advocate for the advancement of women. She currently serves on the board of three Silicon Valley public companies - Symantec Corporation, Service Now, and Pure Storage, and is a board director at private companies, ThoughtWorks and AppBus. She is also an active advisory board member at DocuSign and Box. Anita earned both her Ph.D. in Atomic and Molecular Physics and bachelor's degree in Physics & Applied Math from Queen's University Belfast and a Masters in Public Policy and Management, with the highest distinction, from Carnegie Mellon University where she was a Fulbright Scholar. Before her latest career pivot into technology, Anita spent a decade in the financial services sector, specializing in enterprise transformation and technology-led innovation. She was the youngest ever-Senior Vice President at the Royal Bank of Canada where she served as the Head of Innovation and Process Design. At the age of 33, she was appointed as Chief Operating Officer, and subsequently as Head of Change Leadership, for UBS Wealth Management Americas, responsible for technology, operations, and corporate services. She joined her first F500 Board at the age of 37. Anita has been honored on many occasions for her contribution to technology leadership and the advancement of women. She holds a diploma in piano from the London School of Music and has traveled to all seven continents, including on an expedition to Antarctica with polar explorer, Rob Swan. Anita is a former all-Ireland public speaking champion and a frequent commentator on trends affecting the boardroom, digital transformation, and diversity.
Twitter
LinkedIn
You might also like ...
Team Development
3 Ways To Prioritize Peer-To-Peer Learning In The Remote Workplace
The post-pandemic workplace—whether fully remote or hybrid—continues to present challenges for companies that want to keep employees engaged while maintaining...
by Mark Crofton
Hiring
Your Guide To Your First GTM Hire: How To Scale Your Team To Accelerate Growth
Who should be the first go-to-market (GTM) hire at an early startup? This isn’t a new question, to be sure....
by Kyle Poyar
Hiring
The Fight for Tech Talent Isn't Over—How To Pivot Your Hiring Pitch for the Market
It feels like every other day there’s a new headline about another tech company’s round of layoffs or hiring freeze....
by Steve Melia, Maggie Crean