Do I have to agree to an end user license agreement each time I buy software? 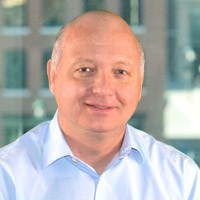 Do I have to agree to an end user license agreement (EULA) each time I buy software?

Generally, I would answer that question with a resounding yes, but let’s take a look at another way of structuring a license agreement so the user does not have to agree to a EULA each time they buy software.

In essence we are going to look at something I call ‘platform licensing.’ An example of this is the way Apple structures the iTunes licensing model.iPhone users for example, may notice (or in reality not notice) that they can purchase a software app in the app store without agreeing to any sort of end user license agreement as part of that purchase (they have to provide the iTunes password though). Quite frankly, this is one the great features of the app store, as it really makes the app purchase process easier and much, much smoother.

This model looks like a sublicensing model (where Apple sublicenses the app to the user), but in the iTunes agreement, Apple takes the stance (obviously for protection from claims, including patent infringement claims) that they really are an ‘agent’ (you know, someone acting for someone else) and the app license agreement is directly between the app creator and the user. I have not seen this ‘agent’ model used before in this context, but I am not saying it cannot be done or is not right. In essence, Apple is saying that the user purchases the software from Apple (i.e. pays Apple for the software), but is actually licensing that software directly from the app creator, as Apple is only ‘an agent.’ Of course when an iTunes user agrees to the iTunes agreement (when installing iTunes) they are agreeing to the platform licensing agreement and the app store end user license agreement; this is a one time agreement, so no subsequent assent is required at the time of an app purchase from the app store.

Any way you look at it, I think Apple has done a fantastic job of using an upfront platform legal agreement, with no end user license agreement requirement at the time of purchase. Apple has something to show for it too, as it is now reported that over 2 billion software apps have been downloaded; quite an accomplishment for this platform-licensing model.

Any software-based expansion stage company or other company considering raising venture capital should take a look at these and other licensing models (with their attorneys of course) to see if they could work for them. While Apple is a really sophisticated provider of technology, a company looking for expansion capital could take advantage of these licensing strategies to help accelerate their growth.

The old idea of agreeing to a license agreement each time a user purchases software, does not necessarily apply in every case!

Jeremy Aber
President and Shareholder
Jeremy Aber consults OpenView portfolio companies on legal and contract matters. Jeremy runs his own IT focused law firm, the Aber Law Firm, and has over 18 years experience in technology and corporate law.
Twitter
LinkedIn
You might also like ...
Leadership
4 Tips for Setting Your Company's Annual Rhythm