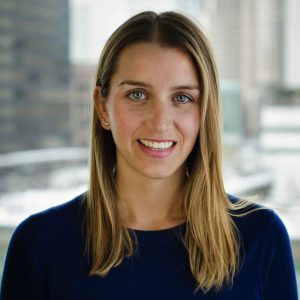 Editor’s note: This is Part II of OpenView’s interview with M.T. Ray, ExactTarget’s former Senior Director of Global Recruiting. Read Part I to learn about the sales-based recruiting model the company used to scale their hiring.

Sometimes, a software company is as much about people as it is about technology. ExactTarget, now Salesforce Marketing Cloud, helps businesses create scalable and personalized email, mobile and social marketing campaigns that create a powerful 1-to-1 customer experience. It’s fitting, therefore, that when the company successfully scaled up from 500 to 2,800 employees (2,000 of whom were hired during a three year timeframe prior to the Salesforce acquisition), that they did it in a similarly personalized and authentic way.

As ExactTarget’s Senior Director of Global Recruiting during those critical years, M.T. Ray, now High Alpha’s VP of Talent, was deeply involved with every aspect of how ExactTarget built their team, including the design and implementation of a stellar candidate and new employee experience. “Once we got the hiring machine going, we wanted to build out an amazing experience for our candidates,” Ray explains. “The ultimate goal was that every candidate would love ExactTarget…whether they were hired or not.”

There were two key considerations driving the development of ExactTarget’s candidate experience. On the one hand, Ray wanted to ensure that ExactTarget’s employment brand wasn’t vulnerable to social media attacks. “People are so technically savvy – they can tweet about you or rip you to shreds on other social media channels in a heartbeat,” says Ray. “We had a very strong brand at ExactTarget and it was too important to us to risk.”

On the other hand, Ray was inspired by ExactTarget’s existing company culture. Dubbed “Orange” in 2009 by ExactTarget founder Scott Dorsey, this internal brand embodied the company’s core values and helped create an environment that the best people would be proud to work in. Orange became a powerful vehicle for the company, evolving in a very grassroots way as employees took ownership of the concept – so much so that the entire process, from start to finish, eventually became known as “Hire Orange.”

To ensure that the employee experience started off on the right foot from the very beginning, Ray and her team connected the dots from the existing culture to the hiring process. “Orange was based on Hoosier values. It was about doing the right thing, making customers look like heroes and treating each other with respect,” says Ray. “That was what we wanted to show our candidates as they went through the recruiting process.”

An Interview Experience to Remember

Candidates coming to interview at ExactTarget were treated with respect and enthusiasm. From a welcoming pre-interview email containing detailed meeting-day instructions to a personal, onsite greeting from the recruiter, each element of the interview experience was designed to put candidates at ease.

“To me, candidates are customers, and we need to treat them that way,” says Ray. “From start to finish, we wanted to them to feel welcomed and appreciated.”

The ExactTarget interview experience was also physically branded with special touches like nicely presented agendas and iPad’s preloaded with relevant company information. Candidates coming from out of state were welcomed to Indiana with personal car service at the airport, Orange branded bottled water, branded hotel keys and a personalized welcome package in their room.

Perhaps most important, however, was Ray’s work to ensure that each candidate was treated with the utmost respect. “It was important to keep the interviews on schedule so candidates would know that their time was valued,” says Ray. “We made sure managers were there when they were supposed to be, and our Ops team made sure that the process moved smoothly for the candidate.”

Finally, continuing on the theme of respect, Ray’s team instituted SLAs to track how quickly ExactTarget responded after an interview. “Follow-up would happen immediately,” she says. “We’d get feedback from the interviewers and then reach out right away to the candidate. If someone didn’t get the job, we would always make sure we contacted them and let them know in a respectful manner.”

“The positive feedback we would get from candidates was amazing,” Ray adds. Truly Hoosier Hospitality at its finest.

Onboarding with an Extra Personal Touch

Continuing on the employee journey, once someone was hired the onboarding team took the baton and handled new employee orientation (NEO) with the same attention to detail and personal touch. “NEO took place every two weeks. We flew everyone in, no matter where they were – Japan, Brazil, London – and brought them to Indianapolis to experience headquarters and really feel the Orange love.”

Each NEO session was split between HR/culture/getting to know the company and learning the product. At the end of the week, each NEO participant was tasked with creating and sending a bio email to the ExactTarget team using the ExactTarget platform to share relevant background, links, surveys and photos. “The bio emails were a great way for us to really get to know people,” Ray recalls. “You often received emails from people that you might not otherwise have met, but they were just intrigued by something in your background (maybe you’re both Red Sox fans or something), so they reached out.”

The bio emails were distributed to the whole company, including ExactTarget’s CEO. Though some newcomers may have been slightly intimidated by this at first, it was really just one more way for company leadership to reinforce the Orange culture and ensure everyone understood the ExactTarget product.

More Than a Company – A Family

Today, many ExactTarget employees are part of an amazing culture that lives on, even after the company’s acquisition. A Facebook group launched by one former ExactTarget employee grew to 1,179 members only three days after the group was created. And, in those three days, members uploaded more than a thousand photos. “It’s family,” says Ray fondly. “We talk about that as former employees. There’s a special bond there; if anyone needed something, you could reach out to anyone. That’s just the culture we built.”

And the team built that culture one person and one excellent employee experience at a time. “We wanted to attract the type of people who wanted to be part of what we were building and doing,” says Ray. “We did an awesome job with our employment brand and with how we treated our candidates by showing who we really were. It was real. Once you joined ExactTarget, you realized that what you saw in the interview process and during onboarding was exactly how it was to work there.”