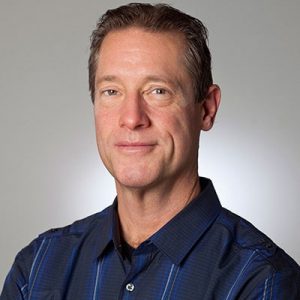 Marketing strategist David Meerman Scott shares his favorite example of newsjacking in action, revealing how you can turn breaking news about your competitors into new possibilities for your business.

Today’s marketers are looking to get their company’s name in front of prospects and customers any way they can. They tirelessly tinker with keywords, they obsess over content strategy, they practically live on social media.
But now the best marketers are even finding ways to rip coverage straight from the headlines.
David Meerman Scott, bestselling author and the authority on newsjacking, recently sat down with OpenView to explain the new marketing tactic and discuss his favorite newsjacking success story (listen to the full interview here).

With news developing and breaking every minute of the day, each story is a potential opportunity for a company to gain additional coverage and brand awareness.

“The power of being the first to comment on something in the news not only generates more press, it even has the potential to drive new business.”

David Meerman Scott, marketing and leadership strategist and author of Newsjacking: How to Inject Your Ideas into a Breaking News Story and Generate Tons of Media Coverage

“The idea of newsjacking,” says Scott, “is the art of injecting your ideas into a breaking news story.” So keen marketers are keeping tabs on all the news populating the world around them — from global and national stories to industry coverage all the way down to the local level. Having their finger on the pulse allows them to strike when an opportunity presents itself, which is important, because with newsjacking, timeliness is everything.
“Once the breaking news happens, you create something that will be seen by journalists,” Scott explains. The content can vary from something as simple as a tweet to a full blog post or whatever seems fitting at the time.
If done effectively, the marketer can position his or her company as an integral facet of the story. For journalists, newsjacking creates a “piece of content that they find at the moment they’re looking for additional information for their stories.” And when that happens, it’s baked right into the heart of the story.

Great Example of Newsjacking in Action

But what does successful newsjacking look like? Scott points to a blog post written by Joe Payne, former CEO of marketing software provider Eloqua, as one of his favorite examples.
When Payne noticed breaking news late one night that Oracle had purchased Market2Lead, one of Eloqua’s biggest competitors, he sprung into action, quickly composing a blog post entitled “Oracle Joins the Party.”

When journalists started pulling their stories together in the morning, Scott explains, they found only two sources of information: a brief release from Oracle that basically says “we’re not really going to tell you anything about this” and Payne’s very well-written blog.
So, as various publications began deciphering what the acquisition meant to the marketplace, they quoted Joe Payne in all of the articles.
By being timely — the most crucial element in newsjacking — and adding something substantial, Payne put Eloqua at the center of a story that, at its origin, wasn’t really about his company at all. Even better — he was able to steal attention away from a competitor.
The result? “A million dollars in new business,” Scott says.
For Scott, the success of the Eloqua post makes it one of the gold standards of newsjacking, and a terrific example of what the tactic is capable of.
“The power of being the first to comment on something in the news not only generates more press,” he says, “it even has the potential to drive new business.”
Eloqua proved that by being alert and acting quickly, it is possible to tilt a news story to capitalize on something that will already be on the tips of peoples’ tongues. Even though Eloqua wasn’t meant to be the focal point of the story, they came out of the fray as the most successful party (and in an ironic twist, became the subject of another succinct release when the company was acquired by Oracle late last year).

A Quick Note of Caution

Scott is quick to add a cautionary note, however — you should never jump at breaking news as a chance to bash your rivals. Disparaging your competition won’t add value to the story, and that’s not what Eloqua did, he stresses. They brought something new to the conversation, and that’s one of the big reasons they were so successful.

Do you have successful examples of newsjacking in action? Share them below!

David Meerman Scott
Marketing and Sales Speaker
David Meerman Scott is a marketing strategist, keynote speaker, seminar leader, and the author of seven books published in more than 30 languages, including The New Rules of Marketing & PR and Real-Time Marketing & PR.
Twitter
LinkedIn
You might also like ...
Marketing
Efficient Growth Marketing Just Got Cool Again
From 2018 to 2021, I led marketing for Firetrace International, a profitable company. As a member of the leadership team,...
by MJ Peters
Communications & Branding
The Five Pillars for Building an Effective Community
I get a lot of questions about building a community—specifically, how I did it at OpenView. For context, I joined...
by Casey Renner
Marketing
Product Marketing the PLG Way: A Collection of Best Practices
If a product launches, but no one’s around to hear it, did it really make a sound?  While product marketing...
by Shannon Curran