Founder’s Corner: An Open View into Mattermark with Danielle Morrill 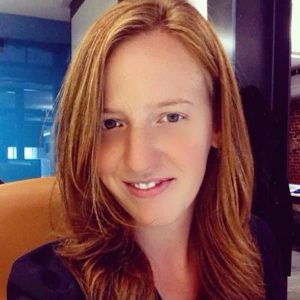 Danielle Morrill, co-founder and CEO of Mattermark, shares the story behind her company’s vision and her tips for making it through the transition from early-stage startup to achieving rapid growth.

This week we’re kicking off a new series in which we’ll be interviewing SaaS founders and CEOs to share their stories and insights behind what it takes to build and grow a great SaaS company.
We were excited to confirm Danielle Morrill as one of our first guests, since — like many people in the tech world and investment community — we’re regular readers of the Mattermark Daily newsletter. Danielle was kind enough to let us interview her for the podcast below. Tune in to learn more about her strategy behind Mattermark’s content, her thoughts on women and salespeople in tech, and her advice for entrepreneurs and VCs.

This Week in the Founder’s Corner

On utilizing content to build brand awareness and drive growth

On delegating and managing a team

On how VCs can help entrepreneurs

More Stories from the Founder’s Corner

Check back weekly for more personal insights and tips from SaaS founders and CEOs.

Danielle Morrill
CEO
Danielle Morrill is the CEO & Co-Founder of Mattermark which organizes the world's business information, and their current mission is harnessing that information to help dealmakers qualify leads and discover new opportunities.
Twitter
LinkedIn
You might also like ...
HR & People
Best Practices for Remote Onboarding a New Executive

by Alisa Cohn
HR & People
Do You Know Where You Stand With Your CEO? Here's How to Tell

Your CEO doesn’t want to tell you how you’re doing every week. So then how are you supposed to know?

You had us at donuts.