10 of the Best Interview Questions Ever 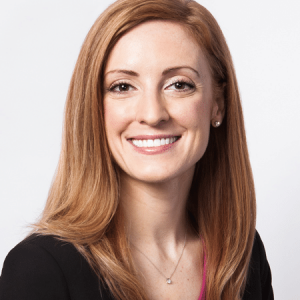 When it comes to interviewing, if you want real answers you have to ask the right questions — the more unexpected, the better. Ten leading tech founders and CEOs share their favorite interview questions for picking out the best from the rest.
It’s no secret the impact great talent can have on driving your company to success. But when it comes to interviewing candidates, how do you really weed out the pretenders from the true contenders? Sure, you can go through the list of conventional interview questions — “Where do you see yourself in 5 years?” or “What are your strengths and weaknesses?” — but as these examples show, in order to truly find the perfect fit for your team, you’re going to have to dig a little deeper. And that means asking unexpected questions to get candidates off their scripts.
Want to know what questions companies Zappos and PayPal ask to find their dream talent? Read on! Below, we’ve compiled a list of ten of the most insightful interview questions from some of the most successful CEOS and founders in tech.

10 of the Best Interview Questions Ever

It’s all about the candidate’s reaction to the bizarre question. Tony Hsieh, CEO of Zappos says, “Our whole belief is that everyone is a little weird somehow, so it’s really more just a fun way of saying that we really recognize and celebrate each person’s individuality, and we want their true personalities to shine in the workplace environment.”

“What book do you think everyone on the team should read?”

“It’s a red flag if the candidate can’t think of a single answer.” Dharmesh Shah, Co-Founder & CTO of HubSpot, says, “Most great people always have had a book that they found to be super-useful and like sharing with others.” If a candidate can’t think of a single book, it’s likely he/she doesn’t enjoy reading or believe books are useful for learning. Both instances, Shah says, are worrisome.

The silly question can give you insight into the candidate’s character. When Ryan Holmes, Founder & CEO of HootSuite asked his current executive assistant the question, she described herself as a duck because “ducks are calm on the surface and hustling like crazy getting thing done under the surface.” He says the amazing answer was a “perfect description for the role of an EA.”

“How lucky do you consider yourself?”

This behavior question helps weed out candidates that may be toxic to your culture. Jenn Hyman, Co-founder & CEO of Rent The Runway says, “appreciative people bring positivity to every interaction – a quality that is critical at a start-up.”

“What do you know is true that no one else agrees upon?”

Pair the question with, “What is a great business that no one has conquered?” Co-founder of PayPal Peter Thiel asks young entrepreneurs these questions because “You’re going to start a business you might as well try to start one where, if it works, it will be really successful, rather than one where you’re competing like crazy with thousands of people who are doing something just like you.”

“Think of something you’ve done in the past: What would you have done differently?”

The answer will tell you if the candidate is thoughtful or self-aware. Paul Maritz, CEO of Pivotal says if the candidate gives you an in-depth answer, it tells you “that this person thinks deeply and is honest enough to really be objective.”
Source: New York Times

It’s okay to break out of the formality of the interview. Moz’s Founder Rand Fishkin says that in addition to testing the candidate’s authenticity, the question also lets you see if your potential new hire is a value fit for your team.

“What was the first experience in your life when you realized you had the power to do something meaningful?”

You never know what answer you’ll get with an open-ended question. Maybe the candidate will tell you a story from when they were five or from their teenage years, says Simon Anderson, CEO of Dreamhost. “If someone sits there and they’re stumped, I think that tells you something.”

“How much money would you leave us for?”

“What questions do you have for me?”

Timing is key with this classic question. Scott Dorsey, Managing Partner of High Alpha, loves asking this question really early in the interview. “It shows me whether the candidate can think quickly on their feet, and also reveals their level of preparation.”

Conversations are the foundations of growth. Learn about the important conversations that should be happening in your organization to drive growth right now.

The industry experienced a few slow months last year due to the pandemic, but it’s come back so strong that now there’s not enough talent to go around.