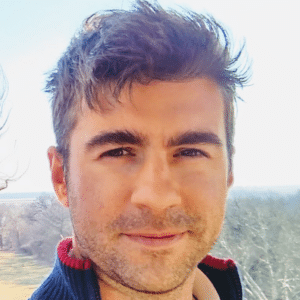 In a recent article on the OpenView blog, Blake Bartlett frequently advises to “be like Slack!,” but quickly acknowledges that it’s not particularly a piece of advice that’s easy to follow.

I don’t promise that this story of the software company, Midori answers “how to be like Slack,” but it does explain that maybe the Slacks and Atlassians of the world are making it easier for others to follow their path by building powerful ecosystems. We just need to discover how to use these platforms to create value.

Atlassian realized that the End User Era was upon us more than 15 years ago. Making their product accessible on their website instead of hiring an army of salespeople was a disruptive idea in the early 2000s. The rationale behind Atlassian’s go-to-market strategy was threefold:

In the past two decades, Atlassian mastered the way their software is discovered, tried and purchased, all assisted by an automated online experience.

This then-wild product positioning was not the only achievement that propelled Atlassian to the big league of enterprise software. Atlassian was among the first software companies that realized the importance of the now-ubiquitous API. It was an important realization because the great weakness of typical enterprise software is that it’s overcomplicated. It wants to solve all the specific use cases so it grows into a monumental application.

Using APIs, smaller software companies or indie developers around the world were able to extend Atlassian products with pluggable components to solve different use cases. With this radical approach, Atlassian was able to keep its product simple, focus on core features and move faster without hiring more engineers.

The number of apps created by independent developers was steadily growing, so in 2009 the Atlassian Plugin Exchange was born, which evolved into Atlassian Marketplace by 2012. Creating a dedicated space for searching and trying apps made it possible for entrepreneurs to reach Atlassian’s massive user base. It gave the smallest teams a chance to outsource the sales infrastructure (like invoicing, payment processing, quotes, etc.) to Atlassian and focus on building great products.

The Marketplace today is a professional app discovery website, generating $300 million in purchases annually. It’s very similar to what Apple does with the App Store, only it’s for enterprise software.

The first big obstacle a startup needs to overcome is finding a problem worth solving. Atlassian has always maintained a public Jira to track feature requests for its products, where anyone could filter for the most voted (meaning: most wanted by customers) features. If you were a developer, eager to get some of the action happening around the Atlassian Ecosystem, that directory was a goldmine for you.

This is how Midori, one of the oldest members of the Atlassian Ecosystem got started by a sole developer, Aron Gombas. Aron was working as a Java developer for a large software company when he got interested in this fresh-looking, fast issue tracker that Apache Foundation was already using. Atlassian was still a tiny Sydney-based startup at that time, but the tone they used on their website was refreshingly laid-back and casual. Their brand was already very appealing to developers craving innovation in the enterprise software domain.

When Atlassian announced the call for applications for the yearly programming competition, Codegeist, Aron felt that this was the chance to get involved. He picked a fairly popular feature request from the Atlassian “Wishlist,” the ability to export Jira issues to PDF. He created and submitted a plugin for the contest, and while it didn’t win, it got listed on the plugin collector Confluence page that functioned in lieu of an app marketplace at that time.

It instantly found traction among Jira users worldwide and feature requests started coming in. The interest kept increasing and a few months later this pet project generated so much work that took time away from Aron’s nights and weekends. He started experimenting with charging for the Jira app to verify if the problem was painful enough that people would pay.

Not much later, Aron started making more money from this one app than from his day job as a developer. Later that year, Midori was founded with the first commercial app, Better PDF Exporter for Jira. Paying customers now received guaranteed ticket response times and quality documentation.

Midori’s journey started out with just one app and one developer, but today there is a team working on 7 different apps for Jira, Confluence and Bitbucket installed by more than 6,000 customers worldwide. Atlassian Marketplace and its services played a significant role in providing Midori the perfect conditions for implementing a product led growth strategy.

The Atlassian Marketplace is where users find apps to solve their custom use cases. The Marketplace is also accessible directly from the host application, like Jira, Confluence, Bitbucket or other Atlassian applications. Even if a user is not aware of the Marketplace and Googles a solution, chances are that Marketplace listings will be at the top of the search results page.

Once the user found a Midori app, they can get started right from the Marketplace listing. A bright yellow “Try it Free” button invites the user to take action. When they do, an automated workflow takes over and generates a trial license for the app with a few clicks. There is no account to create, no form to fill and absolutely no commitments to enter.

Once the app is installed, new users are greeted with an in-app “Getting Started Guide” that clarifies what the app does and how it works. Reading this guide is optional and it’s not forced on users by the onboarding workflow. It can be skipped and accessed later, if needed.

3. Delivering value before the paywall

Atlassian Marketplace allows for a free, 30-day evaluation period with optional extensions. This is a rather generous offer from Atlassian, so many app vendors decide to limit the functionality of the app in the trial or take off pressure from their support staff by diverting user questions from the help desk to community sites.

Midori decided to treat evaluators with the same level of attention as paying customers (even if with slightly lower priority) and deliver value before any payment is due.

The apps are fully functional for evaluators without feature limitations or restrictions and they get support answers with similar SLA than existing customers. Midori’s apps boost efficiency for daily tasks, and this value can be realized seconds after installing an app, for example, Better PDF Exporter.

Users install an exporter app because they need to share Jira information with third-parties in a more general, easy-to-access format, like PDF. Midori’s app comes with pre-configured templates for specific use cases like invoices, timesheets, release notes and more. These export options can be used on the Jira interface right after installing the app.

An easy-to-read documentation and user manual with video tutorials are also one of the values that help conversion. Users with more complex use cases appreciate a descriptive user manual, that helps them get to their “aha!” moment as fast as possible.

Any business user is empowered today to look up and try business software on their own. However, in large organizations, they often can’t install apps without the system admin’s help. In Midori’s case, it’s the Jira admin who is often the point of entry for the apps. Part of the admin’s job is to make the end user happy, so they appreciate the fast support that Midori offers.

These admins then become the Midori app champions in their company, with support from the Midori team. They monitor app usage, solve user problems in-house, and secure the budget on time for renewals. They are also techie enough to be interested in the details of how apps work and sometimes come up with creative customization ideas, which further deepens the “stickiness” of the Midori apps.

To paint a full picture, some of the challenges of a PLG strategy should also be mentioned.

One of the difficulties the Midori apps face is that a productivity app like a PDF exporter lacks a real network effect. The app is perfectly valuable for a single user and sharing it with others doesn’t really make it more useful. It’s very hard to motivate sharing among colleagues and even harder to share outside of the organization.

Similarly, it’s hard to build virality into business apps that serve a particular purpose, but aren’t “sexy” beyond the office. Business users often use these reporting apps to handle confidential information, so sharing is the last thing they think about. Even presenting the “Share” or “Send to a Friend” option would risk the loss of trust and confidence in the app and Midori behind it. Because of this, getting referrals is practically non-existent, even if there is a price discount offered.

The Future Is the Cloud for Atlassian and the Ecosystem

In the past, most of the app developers achieved their successes with apps for self-hosted server deployments. Atlassian declared that it’s becoming a cloud-first software company and the app ecosystem follows once again. Midori released the first Cloud version of the flagship app, Better PDF Exporter earlier this year and continues to see product led growth as the winning go-to-market strategy.

If you are looking to start your own journey, make sure you check out the Atlassian Marketplace and take advantage of all the services that make a flawless PLG strategy possible.

Don’t miss any updates from the world of the Atlassian Ecosystem or the Midori apps and sign up to the Midori blog!

You might also like ...
Product-Led Growth
Your Guide To A PLG Org
Real talk: what the heck does a best-in-class PLG org look like? It’s one of the most frequent questions I...
by Kyle Poyar
Pricing & Positioning
The PLG Startup’s Practical Guide To Positioning
Product-led or not, companies that really nail their positioning will see better product-market fit and faster growth. For product-led companies,...
by Jenna Crane
Product-Led Growth
Your Guide To AI And PLG
Jasper’s jaw-dropping Series A $125 million fundraise—at a $1.5B valuation, seemingly out of nowhere—woke many of us up to the...
by Kyle Poyar