How Customer-Driven, Pay-As-You-Go Pricing Changes Everything 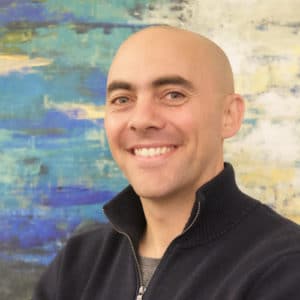 Some SaaS companies still have the pricing strategy that their founder picked after a thirty minute whiteboarding session five years ago; those startups subist but rarely thrive.
After fifteen years of running Logikcull, a Series B legal tech startup (and OpenView portfolio company), I’ve learned a lot about the art and science of pricing, particularly when I transitioned Logikcull from a managed service to software-as-a-service. As a SaaS company, it is crucial to prioritize finding a pricing model that aligns with both your broader mission and customer demand as soon as possible. You need to constantly test pricing schemes and remain open to further pivoting even after you’ve landed on a successful strategy.

If We Didn’t Pivot from Service to SaaS, Someone Else Would

In 2004, Logikcull was a highly profitable services company that streamlined legal discovery by processing and packaging data from customer hard drives. After seven years of successfully operating as a service, though, we realized that since we used a proprietary software to process the hard drives, we were manually doing what should have been an end-to-end digital process. Instead of shipping us hard drives to process, our customers could process their own data with our software if we made it self-service and put it on the cloud. As much as wanted to continue coasting as a service, we knew that if we didn’t make the pivot to software-as-a-service, someone else would.

From Profitable to Intentionally Unprofitable: The Importance of Catching the Pricing Bug Early

As a service, we worked with the largest companies (e.g., Bank of America) and charged a fortune: a $2,500-5,000 per gigabyte data processing fee, which often amounted to millions of dollars given that we often processed terabyte hard drives. By switching to SaaS, we aggregated and automated services that were previously purchased a la carte so we didn’t know how to adequately price our new software. Yet we needed to become even more profitable than we had been as a service, quickly. This sense of urgency helped us realize what some SaaS companies discover too late: the necessity of finding product-market-price fit ASAP. Rather than perfect our product, we were fortunately forced to take an MVP approach and prioritize pricing, a strategy that I now highly recommend.

In order to find product-market-price fit, we conducted over one hundred user interviews with our targeted ideal customers. Instead of casually asking prospective customers how they wanted to pay, I ask three specific questions to attain a “Goldilocks Price Range”:

For more strategy surrounding this approach, I highly recommend Madhavan Ramanujam’s Monetizing Innovation: How Smart Companies Design the Product Around the Price.

After speaking directly with prospective customers, you get an intuitive sense for what might work. You have to experiment with that intuition, constantly trying different pricing schemes to see what the market ultimately wants. We ran one pricing test per month back then and have run dozens since (including one currently). We tried feature gating and various combinations of user, project, and data fees before landing on subscription.

Approach pricing tests like science experiments, trying to prove yourself wrong rather than right. Don’t think of the experiments like A/B testing because you most likely don’t have a large enough customer base. Instead, isolate the time at which you want to do the test and continue to time-bound your testing (i.e., 30, 60, 90 days), controlling one variable at a time.

As mentioned before, we ended up choosing and successfully selling the dependable, paid-upfront annual subscription. Like many SaaS companies, we fell in love with its alluring and compounding predictable revenue. After analyzing “Closed Lost” opportunities in Salesforce and conducting surveys with our lost customers, though, we had a “eureka” moment: we realized that our customers were in an event-driven buying model. Legal discovery is an unknown incident and our customers obviously couldn’t predict when they would be sued, so they simply didn’t know how much of our software to procure in advance. We were in a pull market with significant inbound, but we were pushing a paid-upfront model onto that market that they didn’t want.

From a higher level, our pricing just didn’t align with our mission–to make the discovery of legal data less daunting and more affordable. By making our customers’ access to our data capabilities too costly upfront, we were compromising their access to justice, too. In short, we had to disrupt our own pricing again.

In order to satisfy our customers’ event-driven demand, we switched from subscription to utility pricing: a new Pay-As-You-Go model like Uber or Twilio. In better aligning with our mission, we had to leave the safe waters of subscription, and couldn’t have asked for better results.

Pay-As-You-Go immediately and exponentially increased our acquisitions. We went from 5-10 new customers per month to 5-10 new customers per day. Right after the switch, I called the General Counsel of a publicly-traded healthcare IT company whom I had unsuccessfully sold a subscription to for over a year. He bought the Pay-As-You-Go model after just 30-minutes of pitching and spent about $100,000 that year.

While ultimately the best product-market-price-fit, Pay-As-You-Go Pricing came with immediate and palpable business challenges. In addition to muddling all of our standard SaaS success metrics (e.g., churn and lifetime value), this new consumption model dramatically decreased the time we had to ensure user adoption. Although we had shorter sales cycles with Pay-As-You-Go, we went from having 365 days on an annual subscription to build a relationship with a client and fix any issues that arise to just 24 hours.

In response to this time limit, we had to absolutely ensure that those first 24 hours were a mind-blowing experience across all verticals and user types in order to retain our customers. We quickly learned to invest in an easy onboarding workflow to solve customer pain as fast as humanly possible and 24/7 customer support representatives with fast (less than 2-minute) median response times.

Learn From Peers and Seek to Pivot

SaaS companies should prioritize pricing and learn from both predecessors and peers. Atlassian has a particularly clever and customer-driven pricing model with the highest dollar-based retention of any SaaS company (250%). In addition to providing customers a low entry point and ability to easily bundle extra products (which quickly increases contract value), it’s completely self-service so customers can buy $500,000 worth of software without talking to a single sales rep.

Overall, in order to maximize your mission as a SaaS company, you always need to question and test how you can improve customer acquisition and revenue through pricing. You also have to be willing to make risky pivots even when you’re profiting and succeeding. At Logikcull, our openness to transitioning from the safety of service and subscription to the challenges of SaaS and Pay-As-You-Go has powerfully fueled our exponential success.

And will open source provide a strategic advantage for your go-to-market motion? Jon Natkins gives us an in-depth answer.

You’re probably not aware of it, but the price of your product includes a risk discount.

by Steven Forth
Product Led Growth
How Logz.io Took Self-Service from 0 to 50% of New Customers

What started out as an adaptive move to help Logz.io align with buyer behavior turned out to be a powerful way for them to open up the market and take advantage of incremental opportunities.