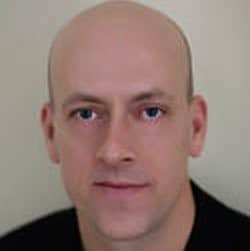 In this final post in a three-part series on software scalability, former PayPal executive and serial entrepreneur Mike Fisher explores the power of customer misbehavior, and explains why encouraging users to push your company’s product to its limits can actually help it scale.

If you were to poll a handful of people and ask them which companies were largely responsible for shaping the social media landscape, you’d likely get a few common responses: Facebook, Twitter, and, depending how old the person being surveyed is, MySpace.
One company you wouldn’t likely hear, however, is Friendster.
Yes, that Friendster. The company that largely pioneered modern social networking, raised $50 million in venture capital financing, accumulated tens of millions of users by 2002, and seemed poised to be the business that startups like Facebook and MySpace aspired to be.
So, what the hell happened to Friendster?
To be frank, the company did a lot of things wrong as it scaled, but as former PayPal VP of Engineering and Architecture Mike Fisher argues in his forthcoming book, The Power of Customer Misbehavior, one of Friendster’s biggest missteps was being unwilling to embrace — let alone encourage — customer misuse and product flexibility.
“Friendster had a very specific vision for how its product should be used, and it squashed any attempts by users to deploy it differently,” explains Fisher, who co-founded consultancy AKF Partners in 2008 to help growing companies better manage scaling proccess. “Essentially, Friendster thought it understood how its network should be used better than its users. In an industry that was — and still is — very transient, that was a big mistake.”

Raining Cats and Dogs: Where Facebook Succeeded and Friendster Failed

Facebook, on the other hand, viewed customer misbehavior as an opportunity.
After interviewing former Friendster and Facebook executives for his current book, Fisher learned that one of the social networking giant’s biggest revelations came when it noticed that users weren’t just creating accounts for themselves — they were also creating them for their pets.
“When users started creating pages for their cats and dogs, Facebook could have deleted them, assuming that they were fake accounts or simply refusing to allow users to deviate from some pre-determined product purpose,” Fisher says. “Instead, the company embraced that misuse and invested significant time into exploring it further.”
Ultimately, that led Facebook to create new platforms that actually made it easier for users to create pages for their pets. A few years later, Facebook allowed third-party apps like Catbook and Dogbook, which customizes applications for users to incorporate their furry friends into their social networking activities.
Facebook VP of Product Chris Cox told the audience at the 2010 F8 Developer Conference a story of how Facebook allowed user misbehavior to guide their product development path. In the early days of Facebook, the site was only designed for people to friend each other. Facebook noticed that its primarily college-aged user base was creating pages for specific classes that students would “friend”. The savvy engineers at Facebook used this information to create its now-popular Groups function. Once this was implemented, Facebook again noticed that users were using Groups to schedule meet-ups and parties. Since groups were semi-permanent and parties were one-time events requiring different functionality such as start-times and locations, Facebook again used this information to inform their product development and created the Events functionality.

Friendster, meanwhile, stuck to its rigid, anti-misuse philosophy. It quickly deleted any non-human accounts and refused to entertain the idea of expanding its parameters based on customer misuse.
“At the end of the day, that was a costly decision for Friendster,” Fisher says. “It’s not the sole reason the company failed, of course, but it certainly contributed to its demise. That lack of outside-the-box thinking caused Friendster to miss out on some huge opportunities. And as users began to realize that Facebook was more open to feature exploration and iteration, they departed Friendster in droves.”

In his book, Fisher details several other great examples of tech companies who have — and have not — embraced the concept of customer misuse, including one story that dates back to the earliest stages of eBay’s development.
In 1999, when the online auction marketplace was still mostly known as a platform for helping hobbyists exchange their wares (i.e., Pez dispensers, stamps, baseball cards, etc.), one of eBay’s business development people noticed an ad for a used Ferrari — an item that not only didn’t belong on eBay’s site, but also wasn’t best sold through eBay’s existing technology.
Rather than delete the posting because it didn’t jive with eBay’s standard framework, however, a company executive called the user to determine if the posting was legitimate, and discover if there was a potential market it wasn’t addressing.
“What they found was that there was this massive market for selling used cars online,” Fisher says. “That led to the creation of eBay Motors, which became one of the company’s biggest revenue streams.”
The lesson for expansion-stage technology companies, Fisher suggests, is that it pays to enable customers to misuse your product — and not just in manufactured, company-sponsored product testing environments.
“Users know what they want and you have to listen to them, even if you think that you’ve designed the perfect product,” Fisher says. “The only way to do that is to empower your customers to use your product in ways that best help them solve problems in their natural work environments. Sometimes, that will be exactly how you drew it up, other times it will be in ways that you never considered.”
Regardless of which it is, Fisher says, the key is to be open to that misbehavior, actively monitor it, and, when applicable, quickly translate that insight into action.
“All too often, startups and growth-stage companies are so focused on being innovative visionaries that they forget about their customers and what they want,” Fisher explains. “But at the end of the day, that’s all that really matters. And if you’re unwilling to see or do something with that information, you’re ignoring huge opportunities for growth.”

The Power of Customer Misbehavior

To learn more, watch the trailer for Mike’s new book:

Have you incorporated customer misuse into your product design?

Mike Fisher
Co-Founder
Mike Fisher is the co-founder of AKF Partners, a consultancy that advises and mentors software companies that are ready to drive hyper growth. Prior to founding AKF Partners, Fisher served as the Chief Technology Officer of Quigo (acquired by AOL in 2007) and VP of Engineering and Architecture at PayPal. Fisher received a PhD and MBA from Case Western Reserve University, and served as a Captain and pilot in the U.S. Army for six years after graduating from the United States Military Academy at West Point.
Twitter
LinkedIn
You might also like ...
Pricing & Positioning
Your Guide to Reverse Trials
What’s better for PLG: freemium or free trial? You’ve probably debated the question ad nauseam. They both have their pros...
by Kyle Poyar
Pricing & Positioning
Launching Usage-Based Pricing: A Story in 3 Sprints and a 26% Increase in NRR
It may come as no surprise that usage-based pricing (UBP) is a hot trend in SaaS. A 2021 report by...
by Austin Yang
Product-Led Growth
Your Guide to PLG Benchmarks
We’re all familiar with the classic B2B marketing and sales funnel and the supporting jargon: leads, MQLs, SQLs, SALs, opportunities,...
by Kyle Poyar