SaaS Companies: How You Should Really Be Managing Your Sales & Marketing Spending 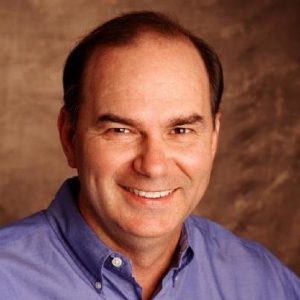 Are you managing your SaaS company’s sales and marketing spending around a hard quarterly or annual budget? Then you might be limiting its potential growth, explains Intronis CEO Rick Faulk.

Typically, when a growing SaaS business budgets sales and marketing spending for a particular time period, it starts by setting a number it can afford and then decides how to distribute those funds amongst a mix of various channels, tactics, or strategies.

While that approach might adhere to the definition of smart fiscal management, the secret to growing a SaaS business isn’t to manage around a pre-determined marketing budget, says Intronis CEO Rick Faulk. It’s to keep spending on tactics that are delivering a healthy ROI equation — until you reach a point of diminishing returns.

“Most executives think they need to set a ceiling for sales and marketing spending and then create a strategy around that budget. In reality, they should be focusing on the ROI they can achieve on specific marketing tactics and work backward from there.”

“That doesn’t mean you should give your teams the green light to spend uncontrollably,” Faulk explains. “It just means that if you’re achieving a profitable return with a particular channel or tactic, you shouldn’t handicap your ability to continue investing in it.”

In other words, if your company is consistently generating $1 of annual contract value (ACV) for every 50 cents of fully burdened cost it spends to acquire that revenue, why would you set a budget that could, eventually, limit the return potential of that channel?

Managing Marketing Spending the Right Way: How to Calculate the Limits on Your Return Curves

Figuring out your point of diminishing returns is actually quite simple, Faulk says.

To calculate the cost of acquisition for recurring revenue streams, simply take the fully loaded/burdened cost of the combined sales and marketing spending for any particular program and divide that number by the annual contract value of the bookings associated with that program.

For example, if your combined sales and marketing expenses were $500,000 for a particular tactic and the bookings were $750,000, the cost of acquisition for $1 of new annual contract value would be $.67.

Faulk says it’s critical to have systems and measurements in place that allow data to be calculated in near real-time based on the reality of the sales cycle. Without those systems, it’s hard to make the decisions necessary to optimize the spending.

With return curves, the key is to track the ROI of every marketing tactic you use, establish the cost threshold at which investing more into that tactic no longer delivers the return you need to drive growth within the acceptable equation, and then manage your investment strategy around that equation.

Marketers: It’s Not All About Cost per Lead

Find out how to optimize your customer acquisition by looking beyond one simple metric. Read more.

“For example, at Intronis we’ve found that a certain threshold of spending on trade shows generates a very positive return,” Faulk says. “As this trade show spending expands the returns diminishes significantly as the cost of one new dollar of ACV increases. In our case, attendees attend multiple trade show we exhibit in and we are not reaching new prospects, hence the return diminishes. So, for us, the key is to spend as much as possible on trade shows until the marginal return approaches the acceptable threshold.”

That’s the key with this approach, Faulk explains — to understand where your stopping point is (the point of diminishing returns) and have the discipline to step on the brakes when you reach it. Additionally, Faulk believes marketing teams should be measured on their ability to aggressively grow spending as much as possible within the acceptable ROI equation.

“You have to determine your tipping point, which is the ratio at which it no longer makes sense to spend more money to acquire the same return,” Faulk says. “When you see that you’re spending too much to acquire $1 in ACV, then you need to cut your losses early and quickly. If you’re not hitting those tipping points, then the best growth strategy is to balance your marketing portfolio around those tactics, and keep spending until you hit a dead end.”

Rick Faulk is CEO at Intronis. A results-driven chief executive with more than 30 years of experience in executive management, sales and marketing, he has worked for some of the world’s most successful SaaS and technology companies, including j2 Global, Mzinga, Cisco, WebEx, Intranets.com and PictureTel.

Rick Faulk
Intronis
Rick Faulk is the CEO of cloud backup and recovery solution Intronis (disclosure: an OpenView portfolio company). With more than 30 years of experience in executive management, sales, and marketing, Faulk has worked for some of the world's most successful SaaS and technology companies, including j2 Global, Mzinga, Cisco, WebEx, Intranets.com, and PictureTel. Rick currently sits on the boards of Yodle, SkillSurvey, Bidding4Good and BatteryCorp, and is an advisor to other start-up businesses.
Twitter
LinkedIn
You might also like ...
Communications & Branding
The Five Pillars for Building an Effective Community
I get a lot of questions about building a community—specifically, how I did it at OpenView. For context, I joined...
by Casey Renner
Marketing
Product Marketing the PLG Way: A Collection of Best Practices
If a product launches, but no one’s around to hear it, did it really make a sound?  While product marketing...
by Shannon Curran
Marketing
Your Guide to Product-Led Marketing
Attention marketers: product-led growth (PLG) isn’t taking your job. Unless you can’t adapt to product-led marketing, that is. Before you can create...
by Kyle Poyar