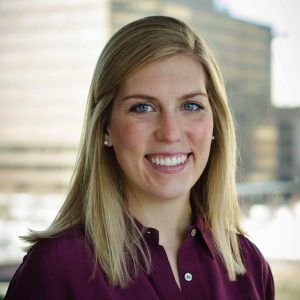 Startups in the expansion-stage can last only so long before the time comes to establish a human resources and/or talent team. Setting up the first HR team is a challenge for any startup. The best way to avoid failure is to put the right tools, people, and plan in place for success.

Tim Sackett, president of HRU Technical Resources, author of Fistful of Talent HR Blog, and overall HR badass, was able to impart his wisdom on what to not to do when setting you a new HR function and some strong solutions to position your newly formed HR, talent, or people operations team for success.

“To me, entry level HR or talent acquisition at a startup, you could have a system of record in a good ATS for about $100 a month. It’s so dirt-cheap it’s not even funny and the technology is awesome,” Sackett says. “Again, in perspective, it’s awesome comparable to spending $100,000 a year on a system or a million dollars a year on a system. You don’t have to do that because you don’t have the scope of what some of these big firms have.”

“[Startups] tend to under-hire the title,” Sackett warns. “So all of a sudden, now you have this Director of Talent Acquisition, who last week was a recruiter at a temp agency. And they truly don’t have the background knowledge and ability to run. But they’re eager, they have high energy, they’re willing to wear a hoodie, so hey, they’re now our Director of Talent Acquisition and they play ping pong with us on Thursday afternoon.”

“That’s where I think some of the startups fail right away, and then they rely heavily upon agency hiring, contract hiring, things of that sort. Because they just don’t have the brain power or the muscle from an HR/talent acquisition side to really help them launch in a proper way.”

3) Not preparing for the business you WANT

“The traditional metrics, the SHRM-type stuff says [for every] 100 [employees, hire] 1 [recruiter]. One hundred employees to one HR/talent acquisition kind of head count. To me, that’s really dated,” Sackett says.

“I’ve always been a fan of you staff to the business you want, not the business you have. So if I’m a growing firm and we have 50 people or we have 25 people, but we know in five years we’re going to have 500 or our goal is to have 1,000, I have to have the staff to be able to support that number of growth. I can’t wait until I get there to put that staff on.”

So how should startups avoid some of these mistakes? Sackett advises they do the opposite of your instinct.

Startups and a newly formed HR team must find ways to build out and develop systems and processes without adding burden to the rest of the organization.

As a startup, you’re most successful when you’re fast and agile. You should treat building HR the same way.

“Small companies have the ability to constantly test and find really cool stuff that works great, and then move it forward,” Sackett says. “And if it doesn’t work, they go, ‘Ah, it was a test. We just threw it in the trash can and we’re going to start over.’ That’s what I love about startup HRs, because you have that ability to constantly test. In fact, you’re almost expected to.”

Remember, almost anything can fail without buy-in from senior leadership and business unit leaders. Winning their support is crucial.

“Not getting the buy-in engagement from the people who are actually going to have to run the programs that they’re trying to throw on top of folks [is a big mistake],” Sackett says. “First, you have to figure out ways to do the everyday stuff and knock that out and get that out of the way, and not put an extra burden on top of the organization.”

Rose O'Connell
Technical Recruiter
Rose O'Connell is a technical recruiter at AthenaHealth. She was previously a Talent Specialist with OpenView.
Twitter
LinkedIn
You might also like ...
Retention
5 Reasons Why Startups Lose Their VP of Sales (And What To Do About It)
Hiring an incredible VP of sales is hard enough. When they end up walking out the door within 18 months...
by Amy Volas
Hiring
Talent Sourcing 101: How To Fill the Top of Your Hiring Funnel
Get ready for the long haul. In our latest 2022 State of the SaaS Talent Market report, companies are experiencing...
by Steve Melia, Maggie Crean
Hiring
How To Create a Candidate Sell Deck and Use It To Win Talent
Before I joined OpenView as a senior talent manager specializing in go-to-market hiring, I was a salesperson myself. I was...
by Alex Maas