Lessons from a Triathlete: How to Better Evaluate Time to Impact 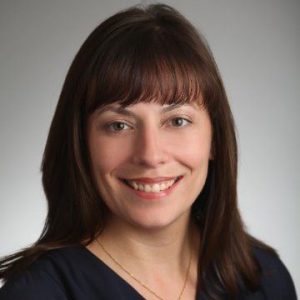 Performance improvement doesn’t happen overnight. And, in business, it rarely happens in a quarter. But, QoQ and MoM, we look at reports and expect if we identify the root causes, invest more in sales/marketing/product, and make action plans, that we’ll turn around that decline in a matter of months.

But when the trajectory is declining M0M, QoQ, and YoY over an extended period of time, or your brand is in a challenger position, or your product is late to market or missing an essential feature, how do you realistically set the course straight?

From my time with startups to Fortune 100 corporations, I have seen leaders time and time again grossly underestimate the time it actually takes to execute a strategy and the time it takes for that execution to yield results. The lack of results in the best-imagined time frame wears on every stakeholder – from employees to investors – making the resulting frustration and disappointment even tougher to overcome than the original problem at hand.

I can’t help but think as leaders and change agents, it’s part of our responsibility when we’re setting a new course, to do so with the right expectation of the time it will take to see results.

Let’s put aside the discussions about what’s the right strategy, how to prioritize, etc. and assume you know what you need to do to turn the ship around (and it’s the right thing to do).

How long will it really take to make an impact?

If you go all in, if you rally the team and if you execute perfectly, how long will it really take to make an impact?

One of the best ways I learned about the time needed to make significant change was by trying to improve my marathon time during Ironman triathlons. Let’s take a look at what it took for me to go from a low point of a 6:00 marathon to a personal record of 4:38 – and why three years was just about the time needed.

Identifying the root cause

In the five Ironman races I competed in from 2008-2014, I typically finished the marathon portion between five to six hours. A few of the causes for my slow running were straightforward: undertraining that led to walking, extreme heat, minor health issues and even too much socializing/comforting friends on the course.

But, in 2014, I had a great training season. I was holding a 9 minute/mile pace regularly on 20 miles runs. I was doing more long runs. I should have been set for a strong performance at Ironman Maryland. Instead, on race day in September 2014, I was walking more than running – and crossing the finish line with a 6-hour marathon time instead of the 4:45 I had been dreaming of.

In the days following that race, I was sick, sad and angry with myself. Where was my drive? Why was I such a poor runner? And, there it was, lurking beneath the surface – no matter the strength of my training runs, I still didn’t believe I was a runner.

To change the overall course of your performance in an Ironman race, you need to have a strong marathon to finish. The strategy is clear. But, how much time does it take to become a strong runner physically and mentally?

You need to do the work

Do you ever find yourself guessing on a yearly planning process or a comeback about when your new product or marketing campaign will yield a result? Underestimate and you’re considered naive. Overestimate the time you need and you’re not visionary or confident enough.

You have to do the work. You can’t just proclaim a strategy, then start reporting on results. You have to plan the execution – and go do it. And, you have to allow time while executing against your plans to start believing. And sometimes, the work takes time.

In the case of running, I first wrote down in 2015 (post-Ironman Maryland) that I would run a 1:50 half marathon (that’s an 8:20 min/mile). Remember, I was running 12 min/mile over the course of my Ironman marathons – but I knew at shorter races, I could hold an 8:45 to 9:30. If I could gain strength and confidence at a mid-distance race, then I could extend it to the marathon.

How to evaluate the execution plan and time needed

First, I had to run more half marathons. I had to get closer and closer to that 1:50 goal by running 3-4 half marathons a year. I ended up choosing a mixture of local and national races to measure my progress against a community of runners as well.

Second, I had to consistently do speed work. I learned to incorporate speed no matter where I was: at track practice with a running club, on a treadmill – through the winter, on work travel, or in a class, and even at the end of long runs (especially challenging to go from your low heart rate zone distance pace to a 5k pace at the end of a 13 mile run! Apologies again for all of you I may have yelled at to move out of the way along the Boston Esplanade last summer).

Third, you have to keep going and be relentless about your focus. I missed my 1:50 mark several times…a 1:52. I tripped and sailed across a cobblestone path in Boston at the start of a 16-mile run – and picked myself up, bit my lip to fight the tears, wiped off the dirt and blood and kept running. I had to run hills while staying on the flat as a pancake Lower East Side of Manhattan – so yes, yes I did run up and over the Williamsburg bridge 3x one morning to get a little elevation gain.

Fourth, you have to find the right crew. Your team needs to believe even more than you do. For me, it was finding The Heartbreakers running club in Boston – where even the fastest runners were convinced I was a runner. And, my crew of “mere mortals” found ways to push each other through snow and cold – and balance our strengths of speed or distance.

Culture is at the core

While logging the miles was a big part of it, building the confidence that I was a runner was the biggest change. And, just like a company that’s gone through a major PR debacle, trust can’t be demanded, it must be earned again. I had to trust myself. That doesn’t happen overnight.

All in, it took me three years to gain the confidence I needed to truly run the marathon portion of the Ironman. Like a true corporate turnaround or startup pivot, I had to deemphasize my focus in certain areas, like swimming, that were not making a large difference and reinvest in the portion of the race, running, that would have the biggest impact.

After three years of consistent improvement in running, strength in my legs and my mind, I cruised through the marathon portion of Ironman Lake Placid smiling all the way. It was no longer a case of “what happened to my training” or “I’m just here to finish, not compete.” I could smile and run with strong thanks to the work I did.

How to better evaluate the time needed for change

I didn’t know at the outset it would take three years for me to reach my desired outcome. How could we as leaders and change agents better evaluate the time needed for change? Could I have accelerated that timeline?

When you’re seeking to shift our product strategy, rebrand, and communicate to the market, how do evaluate the time it will take? Do you build a strawman of your execution plan? How do you weigh the detractors and dependencies? More importantly, do we understand that the cultural change will be the hardest, take the longest – and will be most invaluable?

People love to ask which of the three sports I excel at in triathlon. Now, I answer with a smile, “I started a swimmer, gained strength as a cyclist, and now, I’m a runner.”

Sara Strope
Director, Marketing
Sara is an experienced marketing and communications executive with expertise in product marketing and demand generation. She is currently the Director of Marketing for IBM’s Watson Data Platform. Over the past 15 years, Sara has worked with some of the largest technology companies, fastest growing startups, and most influential nonprofits to launch interactive campaigns, introduce new products to market, increase customer retention, and exceed company goals. Prior to IBM, Sara worked with startups like Cloudant, Convio, and Cleantech Group. Sara completed her undergraduate and graduate degrees at Washington University in St. Louis. Outside of work, she is an active triathlete and volunteer with organ donation groups. She also serves on the Massachusetts General Hospital Patient and Family Advisory Council.
Twitter
LinkedIn
You might also like ...
Product
4 Steps to Managing Scrum Meetings More Effectively
Four ways to help make your Scrum Meetings more effective (and, yes, more fun). To many who are new to...
by Tien Anh Nguyen
HR & Leadership
Without Strong Relationships, You'll Never Get Buy-In for Your Ideas

In a perfect world, people make rational decisions and the best idea always wins. But as we all know, things don’t always work out this way.

by Alisa Cohn
HR & Leadership
‘Your Team Is Everything’—Autodesk CMO Lisa Campbell on Leadership, Captain Marvel and Being First

Plus: Hear what Lisa thinks are the three most important qualities of a leader.