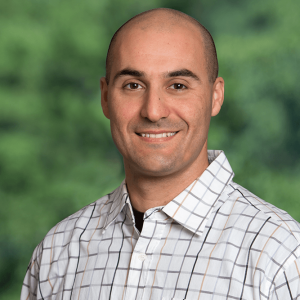 As a product strategy leader for a screen capture and video editing software business sees it, creating viable features for its software is only half of his team’s job. The other half is helping users connect with the value those features deliver. “If users don’t discover that value or fail to take advantage of it, we’ve failed.”

On the surface, most software providers would say that they prioritize connecting with their customers. But in practice, they really don’t. Numbers play out that reality. According to the Pragmatic Marketing’s 2018 Product Management and Marketing Survey, product managers spend just 8.5 hours a month talking with customers – compared to 29 hours supporting development, 32 hours managing email and (gulp) 43 hours in meetings.

In the pursuit of managing email and meetings, those very important things that are tied to a customer’s success – such as roadmap development, usability and hitting launch dates – suffer.

But, forward-thinking companies are working within the reality in which we live while boosting their understanding of customer engagement. They’re analyzing data on how users are using the software (and how they aren’t) to add a more effective channel to get customer feedback and take the guesswork out of trying to figure out what customers want and need.

Beginner: Building Information Modeling (BIM) software vendor gets down to the studs to develop something brilliant

A BIM software vendor discovered that gathering basic statistics on who users are and the characteristics of their computing environments (like memory, processor speed and screen resolution) can lead to big wins. The vendor talked to its customers, but had a harder time collecting and analyzing quantitative metrics to help evolve its products.

Once you’re able to collect data on product usage, you can start to dig deeper into user personas, product activity, engagement and more.

One CAD/CAM software vendor had the same user interface for nearly ten years and decided that they wanted to do a complete overhaul. Understanding how to organize and logically group the software’s 1,200 features was critical. By analyzing usage data, they identified which features were used most often, which go together and which to promote.

With this insight, the team was able to cut the time to develop the new UI in half (while freeing up time and resources to focus on other areas of the product). They organized the features in a way that made sense for the way users worked (job planning functions were used a lot at the beginning of a month and inventory at the end of a month), and with a more logical and intuitive UI, the software was easier to learn and use. The team even broke down feature adoption by geography and can now identify usage patterns for each of the 19 languages they support and collaborate with their global reseller network to optimize adoption.

Expert: Delivering the features that screen capture software users may not have known they wanted

With the ability to collect and analyze data, the product team can then inform future feature development, validate decisions and drive user engagement.

When it came to building enhancements for a vendor’s flagship screen capture and editing tool, there was skepticism on spending time and resources to enhance nascent video functionality in the software. But by analyzing that functionality, product management was able to see that a significant and growing number of customers leveraged the video features. This insight helped convince the team to add webcam support in the next version and they have continued to build more robust video features since.

In rolling out new features for their 2019 release, the team also wanted to make sure users recognized the value of the upgrade and move to quickly adopt it. They knew that the video enhancements would appeal to customers who were users of related functionality in the previous version.

With anonymous usage data, they were able to identify specific profiles of use and push targeted content about the new functionality directly to users with in-app messaging software. Users would see, for instance, an in-app banner with an embedded thumbnail video. When they clicked on it, they’d see the product strategy leader, who offered a customized call to action based on how the upgrade should be purchased.

These companies offer very adoptable examples of how to start building usage analytics into product development, at a pace and level the organization is ready for. In no time, your business, like the screen capture and video editing software vendor, could be working usage data, “into the DNA of our decision-making,” as the product strategy leader puts it.

Keith Fenech
VP Software Analytics
Keith is Revulytics’ VP, Software Analytics and was the co-founder and CEO of Trackerbird Software Analytics before the company was acquired by Revulytics in 2016. Following the acquisition, Keith joined the Revulytics team and is now responsible for the strategic direction and growth of the Usage Analytics business within the company. Prior to founding Trackerbird, Keith held senior product roles at GFI Software where he was responsible for the product roadmap and revenue growth for various security products in the company's portfolio. Keith also brings with him 10 years of IT consultancy experience in the SMB space. Keith has a Masters in Computer Science from the University of Malta, specializing in high performance computing.
Twitter
LinkedIn
You might also like ...
Product-Led Growth
How Supermetrics Grew To €50M And Beyond
I first met the founders of Supermetrics—the hottest PLG company that you probably haven’t heard of—in the most unusual of...
by Kyle Poyar
Product-Led Growth
Staying Scrappy: How To Build And Scale High-Impact Growth Teams
How did I end up in PLG SaaS? Looking back at the start of my career, technology and data became...
by Lauren Schuman
Pricing & Positioning
How To Price Your PLG Product
You’ve heard it before, you’ll hear it again: pricing is your most powerful and most immediate lever to accelerate growth....
by Kyle Poyar, Abel Riboulot