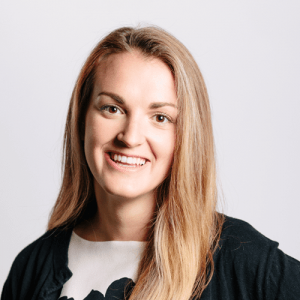 Selecting a second headquarters is a complicated decision – just ask Amazon, which is in the midst of a massive and widely publicized search for a second HQ now. According to The New York Times, economic growth and quality of life make Denver the clear winner. While Bloomberg used ATTOM Data Solutions to pinpoint Raleigh, NC. With so many opinions and data sources, it’s crucial to know what factors actually matter most when you’re looking to expand the physical footprint of your business.

For a startup looking to expand to the US, selecting a location that will attract the right talent is a must. And both time-to-fill for an opportunity and compensation required to be competitive are at the top of the list.

In order to determine the size of a location’s talent pool, it’s necessary to first prioritize hires that need to be made. According to LinkedIn’s Recruiting Trends 2017 report, recruiters across the globe have been busiest filling engineering and sales roles. Within startups, the most sought after candidates also remain engineers and sales people, as they’re the technical and revenue-driving backbone of most organizations. Given that, let’s take a look at a few interesting recruiting markets for software developers and sales professionals.

If software developers are the top of the hiring queue for a startup looking to move to the United States, Silicon Valley would jump out as being the first choice for the US headquarters. Although it’s true that Silicon Valley does have the highest density of software developers, the demand for talent there is also the greatest. In contrast, Detroit actually has the 6th largest software development candidate pool in the United States, but half the demand of the Bay Area, making it an interesting recruiting market.

On the sales side, LinkedIn found that Orange County has the greatest density of candidates. The sales market differs from the engineering market though, in that the highest demand for sales talent is actually in Chicago, making Orange County potentially a less competitive landscape for recruiting sales talent than Chicago.

Whether in Silicon Valley, Chicago or anywhere in between, the density of the candidate pool will be a driving force for your ability to recruit for your new US office. However, the demand in the selected area matters as much, if not more, when considering budgeting for the openings on your team.

As most tech companies look to establish their first US offices, they likely won’t have data or opinions from The Times or Bloomberg to help out. However, startups can, and should, weigh the options on their own. The talent pool and demand in the market should be part of the decision-making process, because ultimately, recruiting impacts both the makeup of the team and the company’s bottomline.

Kristine Yamartino
Talent Sourcer
As a Talent Sourcer, Kristine helps OpenView's portfolio companies find the right candidates for key openings on their sales and marketing teams.
LinkedIn
You might also like ...
HR & Leadership
The Best SaaS Conferences to Attend in 2021 (Updated Regularly)

We’ve combed through the interwebs to find the most worthwhile events in 2021. We’ll continue adding to this list as organizers announce more conferences.

What’s your biggest weakness? For many folks in leadership positions, the answer might be… asking job candidates good questions.

by Kristin Hillery
HR & People
Remote Work Is Lonely. Here's What Companies Can Do to Foster Community.

It was acceptable to ad-lib a remote strategy at the beginning of the pandemic, but companies that want to transform that initial emergency response into a sustainable model need to put in the effort to make it so.