Remote Control: Is Marissa Mayer’s Big Bet on Company Culture at Yahoo! a Gamble You Would Make? 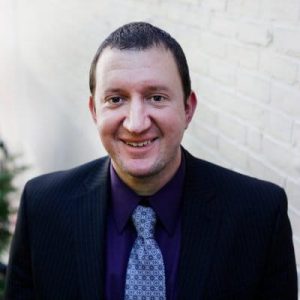 With the decision to end the company’s work-from-home policy, Yahoo! CEO Marissa Mayer is making a calculated long-term play in the interest of developing company culture — with significant short-term risks.

Debate over remote working has erupted since the announcement that Yahoo! will be suspending it, with reactions ranging from Richard Branson’s assertion that it shows outdated thinking, to rebuttals arguing it is the right call for Yahoo!’s specific situation (and if employees don’t like it, they should quit).
Companies, and the employees that comprise them, often fall in love with predictability of day-to-day operating procedures, standards, norms, values, and channels for communicating that may remain stable for extended periods. But how people interact with each other and systems changes over time as employees and the leadership team are replaced. That process will invariably take the company’s culture in a different direction.
With an ongoing process of building and adjusting a company’s culture, the best organizations understand that they need to embrace change and evolve; they need to recruit people who might not be an exact fit for the company’s culture because they can bring something different, something that will hopefully change the company for the better.
Enter Marissa Mayer, who in her relatively short time since taking over at Yahoo! has created her fair share of stirs, most recently with the ending of remote work arrangements.
Mayer doesn’t want to be a fit for Yahoo!’s culture; she wants to remake it in her image. Considering how far Yahoo! had fallen from prominence at the point she took over, it’s tough to argue with her underlying assumption that big changes needed to happen in the company culture. But by ending Yahoo!’s work-from-home policy she has effectively drawn a line in the sand, indicating she believes the long-term benefits to company culture will outweigh the cost of short-term employee attrition. In other words, her message is clear: Yahoo! is bigger than any one individual or group of employees, no matter how talented.

The math of replacing members of an organization is rarely in an organization’s favor. Successful companies put great effort into identifying the right candidates, devoting man-hours towards having multiple team members interview candidates, then reach a decision to hire and train a person, and to get them comfortable with and knowledgeable of the systems already in place.

Would you turn away a superstar who wasn’t the best fit for your team?

Should You Really Hire for Cultural Fit over Competence?

If a company has gone through all that effort once, then why wouldn’t it put more effort into retaining those people? It is often a smarter investment of resources to figure out if an employee is most likely to leave — and then do everything in your power to keep them — than having to start the recruitment process all over again.
Sometimes that means letting an employee become a remote worker for a host of reasons, everything from helping to take care of loved ones to moving far away so a spouse can take a job. Many would argue that if you truly liked the employee enough to hire and keep them, then you should trust them to be able to work remotely as much as possible.
On the other hand, is Yahoo! simply too big for such remote arrangements to be feasible? This is no small startup where everyone knows everyone; it’s a large scale organization that has been under-performing for years.
The move to do away with remote work arrangements assumes that those most dedicated to the mission and values will come back to the offices, and those who aren’t true believers will leave for other work. The thinking also goes that when employees do come to the office they should have ample opportunity for face-to-face communication, the richest kind there is. In theory, informal, in-person interaction increases creativity and productivity, and research data appears to back that up.
[polldaddy poll=6947854]
Yet Marissa Mayer is taking a calculated risk in attempting a major reshaping of Yahoo!’s culture. She has to acknowledge that a blanket policy change such as ending all remote work arrangements will invariably lose her some good employees, and others may yet stay but have decreased morale and productivity. But she also has to be convinced that this move will get some hangers-on and system cheats off the books quicker.
The next step will then be to make the office a great place for interaction and ideas, a place where energy is amplified rather than drained. Otherwise, the risk will have been for nothing.
Only one thing is for certain: in a few months Marissa Mayer will be able to see the results of her company culture gamble from the nursery she had built at the office. For many Yahoo! employees, that’s a prime vantage spot they’ll never have the luxury of knowing.

Do you think Mayer’s bet will pay off? Or is sacrificing short-term employee retention for remote workers for the long-term gain of company culture too big of a risk to take?

Chad O'Connor
Adjunct Professor of Communication Studies
Chad O’Connor is a communication consultant, teaches Organizational Communication and Culture in the Department of Communication Studies at Northeastern University, and is editor of the Global Business Hub blog on Boston.com.
Twitter
LinkedIn
You might also like ...
Team Development
3 Ways To Prioritize Peer-To-Peer Learning In The Remote Workplace
The post-pandemic workplace—whether fully remote or hybrid—continues to present challenges for companies that want to keep employees engaged while maintaining...
by Mark Crofton
Hiring
Your Guide To Your First GTM Hire: How To Scale Your Team To Accelerate Growth
Who should be the first go-to-market (GTM) hire at an early startup? This isn’t a new question, to be sure....
by Kyle Poyar
Hiring
The Fight for Tech Talent Isn't Over—How To Pivot Your Hiring Pitch for the Market
It feels like every other day there’s a new headline about another tech company’s round of layoffs or hiring freeze....
by Steve Melia, Maggie Crean