From Cold Start to $168 Million Exit: 3-Step Playbook for Building a Marketing Machine 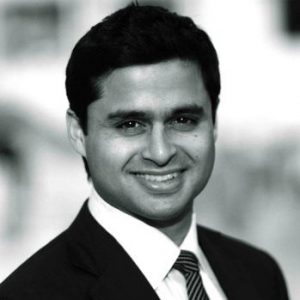 When Nadim Hossain joined PowerReviews in March of 2011, the consumer engagement company had already inked hundreds of customers (including a handful of well-known brands, like Skechers and Staples) and raised more than $25 million in funding from Menlo Ventures and Draper Richards. What PowerReviews lacked, however, was any sort of true marketing organization.
In fact, the business hadn’t hired its first sales reps until 2008 (the company was founded in 2005), and was not fully committed to a B2B sales model until 2011 (it initially relied on advertising revenues). And when Hossain signed on as the company’s B2B-focused CMO, the business was only generating around 250 leads per month.
It didn’t take Hossain long to completely change that. By late 2011, PowerReviews was generating about 3,300 leads per month. A year later, Hossain’s team had tripled website traffic, created $40 million in pipeline, and improved sales opportunity creation by 194 percent — all while the company’s monthly recurring revenue nearly doubled. In 2012, PowerReviews was acquired by its biggest competitor — Bazaarvoice — for $168 million.
What was the secret to the company’s success?

“The argument I made was simple: Building a marketing team is no different than building an engineering team.”

To get from 250 leads per month to several thousand, Hossain knew he needed to build a great team with a few core specialities: demand generation and marketing operations, product marketing, and content creation. And the entire team needed to be data-driven.
“I’m a big believer in content and inbound marketing, and we got that going right away. But doing just that wouldn’t have gotten us to where we needed to go,” Hossain says. “To really ramp up efficiently, we — and most growing companies — also needed to accelerate lead capture through paid initiatives promoting our content, as well as middle- and bottom-of-the-funnel efforts to speed up sales cycles. We needed people who not only understood the product and market, but also team members who could meaningfully analyze the data we generated from our marketing efforts.”
So, that’s exactly the team Hossain assembled. But to do it, he first needed to convince PowerReviews’ management team and board of directors why it was worth investing in those roles.
“The argument I made was simple: Building a marketing team is no different than building an engineering team,” Hossain explains. “You can’t build really valuable enterprise software by hiring one engineering generalist who dabbles in a lot of programming disciplines. Instead, you need a well-rounded team of developers, engineers, and architects who are incredibly good at very specific things. Marketing is no different. You have to determine which specialties are core to your marketing strategy, and hire those people as quickly as possible.”

2) Be Proactive, Think Outside the Box, and Focus on Early Wins (Even if They’re Small)

“Everyone really started to believe we were worthy of our prospective buyers’ attention, and it brought a different energy to the organization.”

When Hossain joined PowerReviews, its biggest competitor — Bazaarvoice — was about to host its big annual user conference, Social Commerce Summit, and there was a feeling in PowerReviews that the company had no chance of competing with the publicity it would generate.
“Everyone assumed that Bazaarvoice would get a ton of press, prospective customers would focus on them, and we’d be pushed to the side,” Hossain recalls. “But I said to my team, ‘What’s better than a user conference? A product launch.’”

It was a lesson Hossain had learned from a mentor at a previous stop on his professional journey — salesforce.com founder and CEO Marc Benioff. “He’s famous for leveraging product launches to generate PR, brand awareness, and massive flows of inbound leads,” Hossain says. “I thought we could do the same thing and rob our biggest rival of some attention.”
But rather than ask the development team to build an entirely new product, Hossain dug into product functionality the company had released in the previous six months (but hadn’t promoted). He picked one particularly topical feature — the “Facebook Fan Accelerator” — built a product release campaign around it, and deployed the campaign at the same time of Bazzarvoice’s conference.
The result: PowerReviews’ product release generated as much press coverage as Bazaarvoice’s conference, and it led to a big boost in PowerReviews’ traffic and conversions.
“Honestly, it was a low-hanging-fruit type of strategy and a small win, but it had a huge impact on the team,” Hossain says. “We were featured in Forbes and on a few prominent industry websites and that really changed the team’s perspective and culture. Everyone really started to believe we were worthy of our prospective buyers’ attention, and it brought a different energy to the organization.”

Invest in the Right Infrastructure

“Whatever the tactics or strategies are that you want to execute, nothing is really possible without the right marketing infrastructure.”

Simultaneous to executing that first major campaign, Hossain also began to build out PowerReviews’ marketing infrastructure — choosing Marketo for marketing automation, building a website more tuned for customer education and lead capture, and tracking basic metrics like traffic, leads, MQLs, pipeline and revenue. He also focused on measuring the pipeline and revenue impact of marketing efforts, not just leads or MQLs. The desire to automate those analytics, and make them predictive, later inspired him to found BrightFunnel.
It wasn’t a total overhaul, but Hossain says without that basic infrastructure and process in place, the marketing team’s future efforts would have lacked structure and purpose.
“Whatever the tactics or strategies are that you want to execute, nothing is really possible without the right marketing infrastructure,” Hossain says. “For example, if you plan to invest heavily in inbound marketing but you choose the wrong web architecture or marketing automation tool, it can really throw a wrench into things. You need to put the right tools in place to optimize your efforts, or you’ll never be truly effective.”

Once you have those three key pieces in place, Hossain says it’s important to step on the gas and invest in acquiring as much lead volume and customer data as possible. The reason: Without volume (1,000 new leads a month, let’s say), it’s difficult to evaluate effectiveness and determine where to focus your attention.
“To achieve rapid growth, you absolutely want to fine tune your approach and hone in on your best customer segments, but you really can’t do that until you’ve collected a significant amount of information,” Hossain says. “As soon as you can take a few thousand leads and slice and dice them to reveal valuable customer attributes and behaviors, however, you must do it. It gives you a lot of confidence to pull the right levers and put more resources behind specific activities.”
That being said, effectiveness is still critically important — but it’s just a matter of sequence, Hossain says. For example, pre-Series A, you may want to focus on figuring out volume and message. Post-Series A, you may shift gears to advance your analytics and hone in on becoming more capital efficient.
“This is a necessary progression for companies looking to maximize their growth while being capital efficient,” Hossain explains. “Shifting 25 percent of your spend from the worst campaigns to doing more of the best can have a massive impact on your enterprise value.”
Ultimately, that’s one of the key reasons Hossain decided to found BrightFunnel.
“Marketers today tend to make a lot of inferences they shouldn’t have to make,” Hossain says. “With BrightFunnel, we’re building marketing technology that makes it easier to understand the ‘how’ and ‘why’ of marketing. Why is something resonating? How are campaigns accelerating sales velocity? Acquiring that level of insight can go a long way toward helping marketers quickly identify gaps, evaluate performance trends, attribute campaign ROI, and pull levers that actually influence revenue. I’m obviously biased, but I wish I’d had something like that four years ago.”

Check out our CMO Survival Guide for exclusive lessons and insights on how to thrive in the most challenging role in tech.
Photo by: Nicholas Cimino

Nadim Hossain
CEO & Co-Founder
Nadim Hossain is the CEO and co-founder of BrightFunnel, which provides revenue insights for B2B marketers. Most recently, he was the CMO of PowerReviews, where he led all marketing, sales development, and channel efforts. He has served as Director of Product Marketing & Management at Salesforce.com and Senior Product Manager and GM for SaaS at McAfee. He is also an alumnus of Amazon.com and Bain & Co.
Twitter
LinkedIn
You might also like ...
Finance & Operations
Measures of Success: SaaS Metrics & Benchmarks Resource Guide

by Tien-Anh Nguyen
Marketing
Tips for Building Developer Platforms that Work—for Users and for Your Business
A developer platform can be a powerful tool not only for building and growing a new business, but also for...
by Meg Johnson
Marketing
How Privy's Integrated App Store Strategy Skyrocketed Their Growth
Before the team behind Privy discovered the power of an integrated app store distribution strategy, they were relying 100% on...
by Meg Johnson