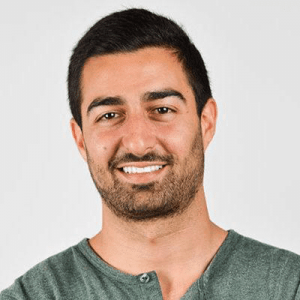 OpenView is thrilled to announce our $31 million Series C investment in Applitools, the leading provider of AI-based automated visual testing and monitoring software. Today, the company serves hundreds of customers including some of the world’s largest enterprises like Gannett, HP and American Express.

As software and web development transition from waterfall to agile methodologies—and as software teams move from bi-annual to bi-weekly or even daily releases—visual quality assurance has grown into the most burdensome bottleneck across the development workflow. The proliferation of devices, operating systems, web browsers and languages through which content is consumed has exponentially magnified the problem. Visual testing across these form factors at today’s breakneck speed of development has gone from painfully-slow to nearly impossible. As a result, product releases are either delayed or defects are left unresolved, damaging the customer experience and tarnishing a company’s brand.

Applitools’ CTO, Adam Carmi, lived through this pain as VP R&D at Safend, where he worked alongside his Applitools cofounders, Gil Sever and Moshe Milman. He wasn’t prepared to settle with the status quo and in turn looked to create a solution to speed up the arduous visual testing process. From there, Applitools was born.

Applitools offers the first-ever AI-based visual testing and monitoring automation platform. The company’s proprietary computer vision and image processing technology allows developers to immediately spot defects in layout, page structure, content and style with virtually zero false positives so users are only notified of differences perceptible to the human eye. The product then condenses, triages and reports any differences allowing Applitools users to resolve thousands of changes in minutes. Before Applitools, this process took weeks to complete for even the most advanced development and QA teams.

Today, with increased reliance on third party APIs and microservices, apps in production can be impacted by code that developers don’t even control. Couple this with the push towards true continuous delivery where code is pushed as it is written, you create the need for constant monitoring of digital assets. You can envision a world where Applitools sits in the background, monitoring any changes to your site or app and alerting the appropriate teams of defects — visual testing moves from an acute burden to a seamless process that takes place behind the scenes.

Applitools’ product and vision align squarely with OpenView’s thesis around the future of software and its ability to leverage advances in machine intelligence—computer vision, in this case — to automate previously tedious components of knowledge workers’ lives, in turn freeing them to focus on higher impact responsibilities.

Gil, Adam and Moshe are visionaries bringing their ideas to life and we are thrilled to partner with them to build a visually perfect digital world.

Arsham Memarzadeh
Vice President
Arsham Memarzadeh is a Vice President on OpenView's investment team. He previously worked as a Research Analyst also at OpenView. Prior to OpenView, Arsham helped advise companies on M&A transactions as an investment banking summer analyst with Lincoln International.
Twitter
LinkedIn
You might also like ...
Portfolio Updates
OpenView Leads $18M Series A in Kintent, a Security and Compliance Trust Management Platform
We couldn’t be more excited to announce our Series A investment in Kintent, a trust management platform that helps security...
by Kaitlyn Henry
Portfolio Updates
iLife: Empowering Life Insurance Agents for the 21st Century
We are incredibly excited to welcome Nelson, Amit, and the entire iLife team to the OpenView portfolio family. At OpenView,...
by Sanjiv Kalevar
Portfolio Updates
Comet: MLOps for the Next Generation of Machine Learning