Perspectives: A Conversation with Eric Ries, Author, The Lean Startup 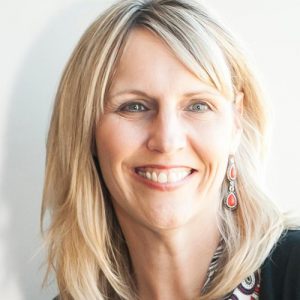 Eric Ries is the creator of the lean startup methodology and the author of the popular entrepreneurship blog Startup Lessons Learned. His latest book, titled The Lean Startup, was released on September 13, 2011.

Eric has co-authored several books, including The Black Art of Java Game Programming (Waite Group Press, 1996). While an undergraduate at Yale University, he co-founded Catalyst Recruiting. Although Catalyst folded with the dot-com crash, Eric continued his entrepreneurial career as a senior software engineer at There.com, leading efforts in agile software development and user-generated content.

Eric previously co-founded and served as chief technology officer of IMVU. In 2007, BusinessWeek named him one of the Best Young Entrepreneurs of Tech and in 2009 he was honored with a TechFellow award in the category of Engineering Leadership. Eric serves on the advisory board of a number of technology startups, and has worked as a consultant to a number of companies and venture capital firms. In 2010, he became an Entrepreneur-in-Residence at Harvard Business School.

What led you to write The Lean Startup? Why this book – and why now?

I was a software engineer who grew up programming computers. I was just doing it for fun and it was that same spirit that took me into entrepreneurship. The reality was that it was more difficult than I thought. Most of the companies I started failed. So I kept seeking out better ideas, better mentors, better ways of doing things … eventually I felt that everything I was trained to do was wrong.

I questioned many things: which things do I absolutely have to do? Which customers do I listen to? Not listen to? How do I know if I’m making any progress? Finally, one of my companies was successful (IMVU), so I started writing about what we were doing and learning there. We were doing things like continuous deployment (implementing new code up to 50 times per day), executing the minimum viable product strategy, split testing … we were just constantly experimenting so we could learn if we were on the path to a sustainable practice.

At the time, there was no framework for how success was achieved. People thought I was crazy. So I tried to develop a framework of principles for what works, what doesn’t work, what to pay attention to, and what to ignore. I wanted to know why some things worked when everyone said they wouldn’t. What came out of it was the lean startup, and it’s catching on – we have lean startup meetups happening all around the world in 60 cities and 13 countries. All of that energy is focused on how we can increase the odds of entrepreneurs being successful. The statistics around the number of entrepreneurs who fail are abysmally poor – I think we can do better.

What is a key benefit of the lean startup approach?

The most important benefit is to discover if your strategy is working. You go into most startup board meetings and everyone is reporting on product milestones, if the company is executing. And yet most startups fail because there is something wrong with their strategy. If they are building something no one wants, why be proud? Lean startup gives us the ability to discover when we’re wrong. With lean startup, we look at every aspect of the product to determine if we need to make a change. When we need to make a change, we call these moves pivots.

Which types of companies do the lean startup principles work best for?

Anyone who faces extreme uncertainty. We look at this as a two-sided matrix. On the one side, we look at the underlying level of market uncertainty – will there be customers for you? On the other side, we look at the underlying cycle time in the specific market. The sweet spot for the lean startup is if you have high uncertainty coupled with fast cycle time. Here, we have both capability and the potential for profitability. That said, almost everyone agrees that uncertainty is increasing in every industry today, and that everything is moving faster. Even older companies are adapting newer techniques that were once considered avant-garde.

What does it mean to say ‘the lean startup is not just for startups anymore?’

People have a very clear idea of what a startup is – and they’re wrong. They envision some people sitting around in a garage eating ramen noodles – everyone thinks they’re crazy and then overnight they are vindicated and appearing on magazine covers. But these stories are PR-manufactured.

Check out our previous conversations with:

The truth is that successful startups have very clear, common elements. A startup is a human-run organization developed by people who decided to create something new under extreme uncertainty. They are trying to create something disruptive – and not just a product, but an organization that can build the products. So it’s not just about product development, but about the organization. It’s about how do we build the organization that will build the products? So when we say the lean startup is not just for startups, we mean that it is a general theory of entrepreneurial management. It’s just as much for the team inside the established organization who needs help showing their CFO why something they promised didn’t work out.

You’ve said there are several lean startup myths – which one is the most pervasive?

The most pervasive myth is that lean means cheap – that you’re saving on rent, you don’t pay suppliers. That belief is not true, and in fact, can even be harmful. I talked with some guys once who were proud of the fact that they spent two years in secret without showing customers what they were working on, using students and volunteers to do the work. I was embarrassed for them. They wasted two years of their lives.

Lean is about speed, not cost. The opposite of lean is not fat. Lean is not skinny, it is about metabolism. If you’re going to cut costs, they have to be the right costs. Yes, use cloud computing and other resources to lower your costs, but focus on how fast you can run and validate experiments. These are very exciting times. There are a lot of enabling technologies and methodologies available that we can use to test our hypotheses.

Which one is the most harmful myth?

That using data to measure and make fact-based decisions puts you in conflict with your vision. That is deeply misguided. There are those who say you can’t turn entrepreneurship into a science because if you could, then anybody could do it. That’s wrong. Science itself is a science and not just anyone can be a scientist – it’s very hard work. The reason some people can be successful as scientists is because they have the courage to put their hypotheses to the test. I encourage entrepreneurs to yes, think big and develop your grand vision, but then systematically and rigorously test the hypotheses to determine which are based in reality – or fantasy.

What is one of the most common mistakes a company might make while implementing the lean startup principles?

Being rigid or ideological about the startup process. When I got the religion about customer development, an ideology developed by one of my mentors Steve Blank, I got totally immersed in it. I was talking to customers all the time, but I didn’t really understand why. I heard visionaries saying, “But I don’t think the customer knows what he wants.” Didn’t matter – I kept talking to them anyway. So you see I didn’t really understand the principles of customer development, but I loved the tactics – talking to the customers, the split testing, etc.

What I’ve learned is that to adopt a new paradigm, you have to understand it so that you can make predictions … so you can learn whether what you are doing is working. In a growing organization, things are always going wrong – it’s chaotic and complicated. If you are trying to adopt a new paradigm and something goes wrong, it will be human nature to try to blame the problems on the changes you are trying to implement. If you try to blindly adopt the principles of lean startup and something goes wrong, people will question whether the changes are causing the problem. That’s why we teach the method of ‘validated learning.’

Here’s an example. Most of us were trained to measure our productivity based on how much we could produce in a day. But now we’re spending more time thinking, doing split measurement, validating our learning. Someone trained the old way will think their productivity is going down when they start doing these things – but productivity loss is expected, and if you don’t understand the theory you’re not going to be able to determine if it’s a good trade of your time to do things like split testing versus writing new code. In the Build-Measure-Learn model, the build is not as important as the learn.

What are the top three takeaways from your book that you really want readers to remember?

First, entrepreneurship is management. It’s not about working out of a garage – you are trying to build an organization. Second, progress is learning – not making stuff. And third, innovation accounting – which I cover in the book – is a quantitative and rigorous way to demonstrate progress in your organization, even for the fuzzy areas like product/market fit.

Lisa Beets
Research Director
Lisa Murton Beets is Research Director for the Content Marketing Institute. Prior to joining CMI, she was the Principal of Murton Communications, a firm specializing in writing and editing content in business books, feature articles, profiles, and case studies.
Twitter
LinkedIn
You might also like ...
VC Insights
Price Smart, Hire The Best, and Prove Your Product-Market Fit: OpenView’s Predictions For 2023
As 2023 rolls in, businesses are still riding through choppy waters. If 2022 was any indication, there are a lot...
by Casey Renner
VC Insights
Your Guide to Growth Amid Uncertainty
In the old world of… just a few months ago… software companies had plentiful access to cheap capital and were...
by Kyle Poyar
Product-Led Growth
The Different Facets of Growth: Perspectives from SaaS Leaders
Growth encompasses everything we’re trying to do in both business and in our careers. It influences the decisions we make...
by Julia Beech