Should B2B Brands Be Jumping Aboard Pinterest’s Growing Bandwagon? 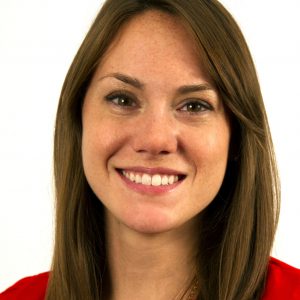 Here’s an eye-opener for you: Pinterest, the new darling of the social media universe, just surpassed the 10 million unique monthly visitors mark faster than any standalone website in the history of the Web.

According to data released by comScore in February, Pinterest boasted 11.7 million unique visitors in January 2012, up from just 418,000 the previous May. Today, Pinterest is driving more referral traffic to websites than YouTube, Google+, and LinkedIn combined.

That incredible growth aside, most B2B marketers still seem unsure about Pinterest’s short- and long-term potential. Should they be active on Pinterest? And if so, what should they be doing there?

To get answers, OpenView brought together six top marketing experts for a roundtable discussion, including:

Together, they discussed why Pinterest is such a unique social environment and what marketers should — and shouldn’t — be doing to take advantage of its growing popularity.

How does Pinterest stack up against other social networks and what differentiates it the most?

Ann Handley: For me, Pinterest’s key differentiator is its incredible momentum. Traffic to the site has skyrocketed since mid-2011, but the site also boasts strong audience engagement, retention, and virality among its core demographic, according to a report by RJMetrics.

Pinterest is retaining and engaging its users two to three times more efficiently, on average, than Twitter was at a similar time in its life cycle. And, attesting to the viral nature of Pinterest, 80 percent of pins are “re-pins.” By contrast, at a similar point in Twitter’s history, just 1.4 percent of all tweets were re-tweets.

What’s also interesting is that the social media early adopters weren’t on the front lines of this one, unlike almost any other fast-growing social network. In fact, I first heard about the site from the mom of one of my kid’s friends. That was a first for me, and a pleasant surprise about the site’s penetration with a decidedly different kind of early adopter demographic.

Joe Chernov: I agree with Ann. It’s hard to say how Pinterest stacks up against other social networks, because it’s fundamentally different. Pinterest is far more about the content that’s shared than the person who is sharing it. It’s more of a meritocracy in that way. I think the biggest differentiator is that the method of discovery is completely at odds with Facebook and Twitter, which tend to be people-driven networks. On Pinterest, it’s the content that leads to the discovery of the person who pinned it.

Jeremy Victor: Pinterest stands in a separate category of social networks coming to be known as social curation services. In that category, you also have Gentlemint, Fancy, Fab, Clipboard, and others, all of which take a visual approach to making the vast amount of information being shared on the Web easy to find, bookmark, and read.

Okay, so Pinterest is unique. But is it valuable or mature enough at this point for a business or brand to consider using it?

Joe Pulizzi: It’s too early to tell how Pinterest will evolve, but we know that visual storytelling has found its home with the tool. What Slideshare did for PowerPoint presentations, Pinterest is doing for the infographic.

As we continue to carry more devices — like the iPad — that are primed for visual storytelling, companies and individuals will begin expressing themselves even more through pictures. Pinterest is almost the catch all for this trend.

Jamie Wallace: As a self-proclaimed Pinterest addict (some might say ‘Pinterest purist’), I’m wary of brands getting involved on the network. The usual standards of social etiquette for brands are not stringent enough for Pinterest. The brand marketer who thinks she can simply repurpose the content she’s using on Facebook, Twitter, LinkedIn, or the brand’s blog is in for a rude awakening.

I’ve already begun unfollowing people who don’t get it. Brands need to take the site’s unique aspects into consideration and find creative ways to convey their brand’s value within those constraints. If they are successful, Pinterest offers an exciting way to share and promote their brand’s personality, philosophy, and story.

Ann Handley: I couldn’t agree more. It all comes back to understanding how the content you’re going to share aligns with the context of the medium. Pinterest is a new way for brands to tell their story, and it gives them a pretty interesting, unique, creative, and magnetic platform to do so visually.

That visual story (through the likes of Pinterest, Instagram, or even Facebook or Google+) is an important component of content marketing that’s often overlooked. I think it’s important for brands to experiment with the content they publish. If your goal is to tell a story of uncommon quality, then you need to experiment a little to find out what resonates with Pinterest’s users.

What’s the single biggest reason why businesses should be on Pinterest right now?

Jeremy Victor: Referral traffic. If getting more website visitors is important to your business or brand, then Pinterest is a social network you need to take seriously.

Joe Chernov: I think the type of user that referral traffic is coming from is important, too. With Pinterest, businesses have a chance to break out of the echo chamber that has become social media.

Pinterest boasts a different user persona than its social media brethren and it’s not (yet) dominated by those with high Klout scores. Instead, it’s populated with folks from all over America who care about things like horse saddles, macrobiotic diets, and home restoration. In other words, it’s comprised of real people from underrepresented places.

Jay Baer: I’m a little more hesitant to make ironclad recommendations for Pinterest best practices. I do think it gives some businesses a new way to showcase and spotlight their content assets. Pinterest can be a smart play too, because it allows you to take centralized content residing on your website and promote it in a popular, decentralized venue, resulting in new viewers for old content.

On the flipside, what concerns do you have about Pinterest and what should businesses avoid doing on it?

Jeremy Victor: The biggest mistake a business or brand can make on Pinterest — and this is something that applies across the social media and content marketing spectrum — is being self-promotional or providing little to no real value to the network as a whole.

What’s made Pinterest successful thus far is its community of users, who are passionate about sharing and finding things that are new and interesting. As a brand, you need to find a way to assimilate into that community without disrupting it. Consider being followed a privilege and think more about what you can give to the community, rather than what you can get from it.

Ann Handley: There’s also a lot of discussion around whether pinning images can be construed as fair use or if pinning in fact violates copyright. To be safe, companies should only pin images that they own the rights to, have purchased the rights to (and are allowed to use this way), or are copyright free.

In other words, it’s wise to be careful when you are pinning items from other sites. Be sure to check the copyright, provide proper attribution in the description, and link back to the source site.

Jay Baer: Businesses should also consider whether Pinterest is really right for them. Like any other social outpost, you need to be where your customers are and recognize that the opportunity cost of social participation is significant. If you’re going to devote resources to developing a Pinterest following, what are you going to do less of to make that happen? Does it make sense to cut back on time spent on Twitter, Facebook, LinkedIn, and elsewhere in favor of Pinterest activity?

For some companies, perhaps it does. But that’s certainly not true for all businesses. I encourage devoting reasonable, limited effort to experimenting with Pinterest, and then extending that effort if it appears to have potential disproportionate to the other social networks where you’re already active.

Amanda Maksymiw
Content Marketing Director
Amanda Maksymiw worked at OpenView from 2008 until 2012, where she focused on developing marketing and PR strategies for both OpenView and its portfolio companies. Today she is the Content Marketing Director at Fuze.
Twitter
LinkedIn
You might also like ...
Communications & Branding
Turning Traffic Into Users: Why Branding Is Important For Product-led Growth
Product-led growth is supposed to enable the product to sell itself, so there’s really less of a need for sales...
by Kyle Poyar
Marketing
Should You Buy A Media Company?
Earlier this year Pendo acquired Mind the Product, the world’s largest destination and community for product folks. Odd, right? What...
by Kyle Poyar, Sanjiv Kalevar
Marketing
Efficient Growth Marketing Just Got Cool Again
From 2018 to 2021, I led marketing for Firetrace International, a profitable company. As a member of the leadership team,...
by MJ Peters