The Critical Question Every Startup CEO Needs to Ask Themselves 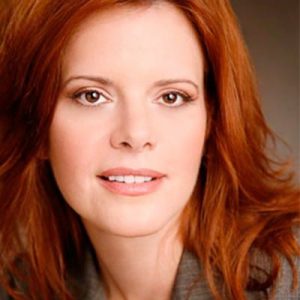 As a startup leader, it’s not only your job to grow your company, but to grow your own skill set along with it.

When you’re a first-time startup CEO, it can feel like everything is riding squarely on your shoulders. You’re expected to be strong and decisive, to instinctively know the right answer to every question, and to pull all of the right levers to fuel smart, efficient growth. In that context, being CEO can feel like one of the most challenging — and lonely — jobs in tech.

The good news: It doesn’t always need to be. When it comes down to it, most startup CEOs have a roster of advisors, mentors, coaches, and investors at their fingertips. And they can often leverage those people to help them answer one big question: What skills and capabilities do I need to develop to help this business scale efficiently?

That’s not always an easy question to answer, but executive coach Lori Dernavich says it’s a critical one to address before stepping on the gas.

“The simple truth is that startup CEOs can’t replicate themselves, and the skills they need as a startup CEO are very different than the ones they need as an expansion-stage CEO,” says Dernavich, a growth stage leadership advisor who has been featured on Fox News’ Strategy Room and whose clients include VCs like OpenView and Canaan Partners, and the tech startups in their portfolios. “So, when I work with startup CEOs, I try to frame the conversation around some simple questions those executives need to ask to better prepare themselves for growth.”

3 Questions to Prepare CEOs for Scaling Their Company

In Dernavich’s experience, successful expansion-stage CEOs typically possess a few core competencies: They hire well, delegate intelligently, and build cohesive cultures. For some first-time CEOs, those skills come naturally. For others, a little bit of coaching is required.

Regardless, Dernavich typically pushes her clients to consider three key questions that center around determining what kind of personal and professional development they need to turn a fledgling startup into a category leader:

Ultimately, Dernavich says if you can’t confidently answer those questions right now, you shouldn’t be discouraged. The key, however, is to start seeking the help you need to develop those competencies as soon as possible.

“The secret to remaining CEO throughout your company’s lifecycle is to realize that you cannot be the same leader at scale that you were when you started the business,” Dernavich says. “You have to adapt your approach and grow your skills, and become more of a leader than a doer.”

The Key to Thriving as CEO: Proactive Mentorship and Communication

Of course, there’s no cookie cutter method for successfully making that transition, but Dernavich says there are two things CEOs can do to give themselves a better shot at leading their company to the promised land: seek mentorship and constantly communicate.

“To grow with their companies, CEOs must tap into the intelligence around them,” Dernavich says. “That means engaging with mentors and advisors, communicating with investors and board members, and proactively creating opportunities to learn from employees, customers, and fellow executives.”

“At the end of the day, being the CEO can be a pretty lonely position,” Dernavich says. “Having someone in your back pocket who can serve as a sounding board for ideas and advice can be very therapeutic and energizing.”


Free Guide: Building a High-Impact Board of Directors

Learn how to recruit and assemble a high-performance board and get step-by-step tips on running successful board meetings. Download the guide now.

Lori Dernavich
Growth Stage Advisor
Lori Dernavich considers herself a “CEO Whisperer” — a growth-stage leadership advisor who helps startup CEOs equip themselves with the necessary skills for scale. Based in New York City, Lori’s background in psychotherapy and high tech recruiting paved the way to starting her business in 2002. For more information, visit her website, or reach out directly via Twitter @LoriDernavich.
Twitter
LinkedIn
You might also like ...
Leadership
3 Tips to Beat Founder Stress

On the path to success, you can’t avoid the difficult moments that can cause stress and anxiety. Here’s how to manage.

by Alisa Cohn
HR & Leadership
Teach, Be Curious, and Challenge Them to Rise: Tips for Better 1:1s

We asked leaders in the OpenView network to share their best advice for making these important meetings both enjoyable and productive.

by Casey Renner
HR & Leadership
How Do You Recognize Your Team for Great Work?

Everyone wants—and needs—to be recognized for great work, and it’s something the best leaders do on a regular basis.