Lessons for Scaling Your Business from Uber 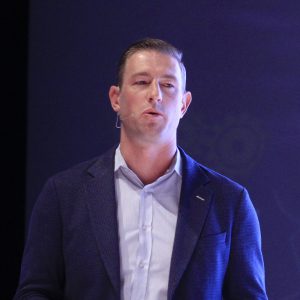 In the second post in our two-part interview with Uber’s Ryan Graves (read Part I here) the VP of Operations talks about the biggest hurdles the venture-backed on-demand car service has overcome during its path to growth.

When Ryan Graves helped found what was then called UberCab in 2010, he wasn’t exactly thinking about scaling a business. As the San Francisco-based startup’s CEO, Graves simply wanted to get the company off the ground and operational.

In two short years, however, that mindset has changed. Last December, the on-demand car service closed a $39 million Series B round of financing, led by a who’s who of investors, including Menlo Ventures, Amazon’s Jeff Bezos, and Goldman Sachs. Today, Uber has a presence in — or will soon be launching in — 20 cities and four different countries, with big plans for further widespread expansion.

While all of that might make it sound like Uber’s growth has been a smooth, bump-free ride, Graves says that’s not exactly the case. He recently sat down with OpenView to talk about the challenges he has faced scaling a business that hasn’t always been warmly received in new markets, and what he has enjoyed the most about the entire process.

“If we hadn’t managed that attention appropriately, it would have been easy to lose focus, and deviated from the path we knew made the most sense for the business.”

What has been the most difficult part about scaling a business like Uber?

I think we’ve dealt with some pretty unique regulatory issues in a couple of the domestic markets we’ve expanded into. Most technology companies don’t have to worry about that kind of thing until they begin expanding internationally.

So for us to be successful in new markets, we’ve had to plan for those issues, navigate them, understand the market dynamics, and find ways to maneuver our strategy to adapt to those environments. It wasn’t always easy, but at the same time it forced us to think a little bit more strategically about our expansion, which has been good for the company.

The other challenge for us was hype management. I know that’s a very fortunate problem to have, but it did present some unique challenges, particularly when it came to financing. We had more press than we knew what to do with and we had a lot of different investors knocking on our door.

If we hadn’t managed that attention appropriately, it would have been easy to lose focus, and deviated from the path we knew made the most sense for the business.

Uber’s now gone through three rounds of financing. What have you learned from those experiences?

I think the terms of the deal are probably the most important thing to consider. Most of the value that venture capitalists bring to the table is their money, so you need to make sure that the terms you’re offered align with your short- and long-term goals.

From there, you should definitely look at the auxiliary value that specific VC firms can offer, because that can be the differentiator between two offers with similar terms.

I think most of that auxiliary value stems from the people who you’ll be partnering with. Are they positive? Do they share the same goals for the business that you do? Are they hands-on or hands-off?

All of those factors matter and they can definitely impact the relationship you have with your investors. If that relationship isn’t a good one then scaling a business will definitely be more difficult.

When scaling a business, many founders can struggle with recruiting and developing their teams. How has Uber managed to avoid that roadblock so far?

Recruiting is the most challenging thing we face in our effort to scale Uber. Because the process of growth is such a time-sensitive process, you can’t afford to recruit the wrong types of people. If you do, they’ll ultimately drag you and your business down with them.

As for more explicit advice, there are two things I think companies need to keep in mind. First, be patient when you’re recruiting team members. If you hold out an extra week or month for the right person — rather than hiring the first candidate you interview just to fill a seat — that patience will pay off. Don’t lower your quality bar.

Second, act swiftly with team members who aren’t working out. I know that goes against my previous point about patience, but I think the adage “hire slow, fire fast” absolutely applies.

Once you’ve assembled a team, how do you develop a culture that keeps everyone focused, motivated, and excited to work for the company?

That’s an interesting question. I think culture is critical, but I also think that focusing on it too much can make you seem insincere.

If you’re saying to your team, “Hey guys, this is our culture and this is what we need to care about,” I don’t think it’s going to resonate. That’s kind of lame. I’ve made this mistake.

Culture isn’t something that you force feed your team. It’s more of a byproduct of who you are collectively, what you stand for, and what you value most. If you focus on people individually — the work that they do and the way in which they’re rewarded — I think that will have a far greater impact on your business, and culture will take care of itself.

In short, your culture should be the sum of everything you do, not some slogan you put on a banner and hang in your office.

Read Part I of our interview with Ryan here.

Ryan Graves
SVP of Operations
Ryan Graves is the GM and SVP of Operations at Uber, an on-demand transportation technology company that allows its customers to access private drivers through a variety of mobile platforms. As the company’s first CEO, Graves helped Uber raise its first venture round from First Round Capital, Lowercase Capital, and a swath of Silicon Valley’s top Angel investors. As Uber’s GM, Graves has helped the company expand its presence to 17 cities in four different countries.
Twitter
LinkedIn
You might also like ...
Retention
5 Reasons Why Startups Lose Their VP of Sales (And What To Do About It)
Hiring an incredible VP of sales is hard enough. When they end up walking out the door within 18 months...
by Amy Volas
Hiring
Talent Sourcing 101: How To Fill the Top of Your Hiring Funnel
Get ready for the long haul. In our latest 2022 State of the SaaS Talent Market report, companies are experiencing...
by Steve Melia, Maggie Crean
Hiring
How To Create a Candidate Sell Deck and Use It To Win Talent
Before I joined OpenView as a senior talent manager specializing in go-to-market hiring, I was a salesperson myself. I was...
by Alex Maas