Where Companies Get Culture Wrong and How to Fix It 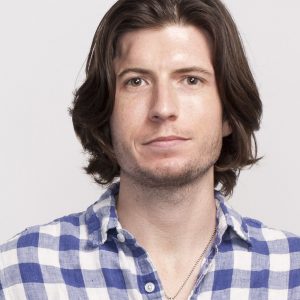 The news should induce a sigh of relief for anyone trying to attract talent that hasn’t received hundreds of millions in VC funding and isn’t yet considered the next unicorn. But in fact, this worry was a misnomer all along: companies didn’t need $25,000 to spend on perks for each employee, like Dropbox, in order to compete for top talent. For years companies have prioritized the accommodations of work rather than creating conditions that yield opportunities for the right kind of work. We’ve seen companies, particularly in the Bay Area, develop better lunch options just to keep up with competitors.

How did this escalating race get started in the first place? Companies were trying to create a culture that would attract top talent and ideally make them want to stay — but everyone got confused along the way because perks do not equal culture.

Culture isn’t just ping pong tables, Summer Fridays, or catered meals. It’s the shared reality in which work gets done: the sum of an organization’s behaviors, values, attitudes, beliefs, and assumptions, which brings stability and consistency. When culture isn’t defined or well-implemented, it plays out in the workplace. Overworked and burned out staff, friction in workflow, poor communication, combative teams, and disengaged employees are all symptoms of lacking company culture. And they produce mediocre results, which no startup can afford.

“Company culture” may be a popular buzzword, but this is where the benefit of a functioning culture becomes apparent. It truly defines the difference between high and low-performing teams.

So what does culture look like instead of perks?

Culture should be something internal and unique to the company that others can’t easily copy and paste. Consider what work feels like for employees and how the work gets done, i.e. how people work together. There’s a reason everyone wants to work at Pixar — it’s not because of the chef, it’s because they want to work with a group of people who have a shared sense that they all really care about what they’re doing.

It starts with thinking about the employee’s work experience and designing that experience to make people naturally engage on the job. Employees most commonly want the following from their work environment:

In fact, another study indicated that the real reason people want to be promoted is not for the money or the ability to tell other people what to do  —  they just don’t want anyone else telling them what to do.

If you want to try increasing your team’s autonomy, here are a few things to consider:

To recap: culture is what attracts and retains talent while creating high-performance teams, perks are not the same as culture, and anyone can offer a great lunch.

Bud Caddell
Founder
Bud Caddell is the founder of NOBL, a management consultancy at the forefront of team design that’s on a mission to make the future of work universally accessible and immediately practical to help ambitious leaders and their teams unlock their potential.
Twitter
LinkedIn
You might also like ...
Hiring
Your Guide To Your First GTM Hire: How To Scale Your Team To Accelerate Growth
Who should be the first go-to-market (GTM) hire at an early startup? This isn’t a new question, to be sure....
by Kyle Poyar
Hiring
The Fight for Tech Talent Isn't Over—How To Pivot Your Hiring Pitch for the Market
It feels like every other day there’s a new headline about another tech company’s round of layoffs or hiring freeze....
by Steve Melia, Maggie Crean
Culture
Your Candidates Want A Great Remote-First Culture. How Are You Creating One?
Before coming to OpenView and in the pre-pandemic times, my role was remote-first. When I told people that I worked...
by Maggie Crean