Why Hiring Senior Leaders Early Is Worth the Investment 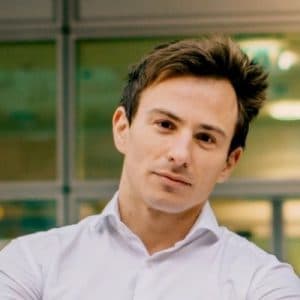 There’s no other way to put it. Getting hiring right is absolutely critical. Any VC will tell you that the first thing they look for in an early stage company is a truly special team. But that’s only half of the story. If you push them, what a VC will also tell you is that they back founders who have the ability to attract and recruit singular talent.

In some ways, our job as founders is to work as hard as we can, to make ourselves redundant. This sounds crazy, but so many of the things we had to do in the early stages of company creation, can and should be done by talented specialists in the future.

I’d like to talk about two different companies with two very different approaches to hiring post-seed raise. I’m focusing on engineering in these examples, but the experience applies to other areas of the business.

Full disclosure. Part of this advice speaks to the heart of some pretty brutal founder value insecurities I have felt, and so some of these decisions will almost certainly have been influenced by that. Nevertheless, the differences are pretty striking and absolutely worth sharing.

We’d just raised £2m in seed funding and had great momentum behind the early product and customer growth. We were surfing the European Proptech wave and felt significant pressure to grow – fast! What we didn’t have was a solid engineering foundation, and we needed to build an engineering team from scratch. Nor did we have a pure technical co-founder (I’ll contrast this to the next example and share the differences of starting from nearly the same position).

To get the team started we hired several junior developers. We used a combination of agency and personal networks. We filled the roles relatively quickly and it felt like we were on the right track. The team felt busy, and reports were encouraging. We all know it takes time to build a product, and it’s tough to know if a team is moving at optimum velocity, but it’s even harder to observe and measure true progress through a lens of optimism. There is a binary feeling that comes from making those first few technical hires. Something along the lines of, “Yay! Engineers!” What we learned, however, was that having engineers was not the same thing as having engineering.

It became clear after a month that our young team had a lot of enthusiasm, but lacked senior leadership. We tried to patch this by bringing in expensive contractors. It felt like we were making progress, but target dates continued to slip and the project seemed to increase in complexity rather than understanding.

We worked hard to backfill with senior hires, but there were challenges. Good engineers love to work with colleagues they can learn from and be inspired by. Research suggests that this is more important than salary. That makes it tough to attract senior talent to a junior team. There can also be confusion around where responsibility sits. Does a new senior member have the right to challenge a historical decision made by a junior developer? It became apparent that what the team needed was a senior technical leader with a clear remit to lead and architect the platform. We needed a CTO.

If the challenges around hiring a senior developer late in the game are high, hiring a CTO can be even tougher. Why?

So why didn’t we hire senior first time?

Ultimately, learning these lessons cost time and quite a bit of cash. I’m so delighted that Goodlord (which continues apace since I stepped away from day to day operations in 2016) now has a brilliant CTO and engineering culture in place, and the results are striking. They grow at pace, the culture is super healthy, and the product is better than it’s ever been. In fact, they closed a great Series B late last year and I couldn’t be prouder.

My current company, Forward, is a rapidly accelerating health tech messaging platform. We just raised £3m in seed led by my dear friends at Stride, and we had a whole team to build. We were dependent on an outsourcing company, and, you guessed it, we needed to build a world-class engineering team from first principles. Two things happened:

Let’s talk about the CTO. If anything, the climate for attracting a singular technology leader is tougher than ever. The number of decent startups in London (and elsewhere) is increasing. Founders are potentially on to their second or third business, and the choice is greater for the best people. On the flip side, senior people increasingly exhibit a sort of “big four fatigue.” Either they’ve done a stint with a big tech company already in their careers or the giants have lost some of their allure. Either way, there is a different set of challenges and opportunities around attracting senior talent.

We decided to work with an executive search agency. I have mixed emotions when it comes to recruiters. We’ve worked with some great ones, and some not so great ones, but when it came to running this search we worked with the excellent team at Renaissance who brought a ton of rigor to the process, and gave us exposure to the full European market.

It can feel wrong on some level to invest so much in someone who’s not necessarily hands on, whether it’s writing code, or performing some other classically tangible role. But what we saved was the cost of not making that hire. Every downstream cost I mentioned previously totals significantly more than this salary and any associated fees. So it was only when we put this hire in place that we ramped up engineering hiring.

The benefits of a powerful senior hire

Admitting that others may be more qualified than we are to own certain areas of building our startup is not just okay, it’s healthy. As a startup levels up from angel to seed (and beyond), the founder must do the same. This can mean delegating key parts of your current role that may be central to your identity. This is to be embraced –  it helps us dedicate our energies to those activities that only a founder can do.

Philip Mundy
Founder
Twitter
LinkedIn
You might also like ...
Team Development
3 Ways To Prioritize Peer-To-Peer Learning In The Remote Workplace
The post-pandemic workplace—whether fully remote or hybrid—continues to present challenges for companies that want to keep employees engaged while maintaining...
by Mark Crofton
Hiring
Your Guide To Your First GTM Hire: How To Scale Your Team To Accelerate Growth
Who should be the first go-to-market (GTM) hire at an early startup? This isn’t a new question, to be sure....
by Kyle Poyar
Hiring
The Fight for Tech Talent Isn't Over—How To Pivot Your Hiring Pitch for the Market
It feels like every other day there’s a new headline about another tech company’s round of layoffs or hiring freeze....
by Steve Melia, Maggie Crean