Why Native Advertising Is the Future of Content Marketing 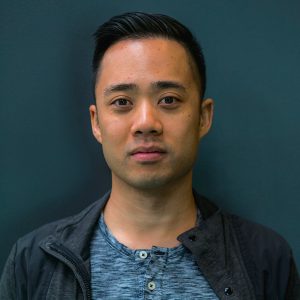 There are big changes afoot in the world of content marketing and advertising. The old days of broadcast advertising are behind us, but even the newish era of display advertising (visual advertising boxes that appear on websites, such as banner ads, video ads, etc.) is quickly turning on its head.

The reason is clear: your audience can’t stand conventional advertising that throws itself at them wherever they go. They don’t want to see ads before your YouTube videos, on your site, or on Instagram. This is why they’ve adopted ad blockers en masse and ditched cable to give Netflix its ‘best quarter ever’.

Yet, as a marketer, you still need a way to communicate your message. Content marketing works, but it is difficult to scale your reach without diluting your message.

This is where native advertising comes into the picture.

Here are 6 reasons why.

1. The Growth of Ad Blockers

An ad blocker is software that is installed as an extension on browsers such as Chrome. The purpose of this software is simple: to prevent ads from appearing on a web page or mobile app.

And its popularity is skyrocketing.

By the end of 2017, nearly 87 million Americans are expected to use an ad blocker.

With fewer ads being served to users, publishers are taking a hit in revenue. In 2015 alone, ad blockers caused a loss of $22 billion to publishers.

It’s no wonder that some brands have become desperate (or bold) enough to start displaying the message “Please switch off Adblock” in order for the reader to continue towards free content.

For example, when you try to read a Forbes article with Adblock, you get this message:

This same message is seen on sites of other big brands such as The New York Times, GQ, Wired, and even Yahoo Mail at one point.

Unfortunately, this solution is not reader-friendly.

With all the ads that bombard the ‘net on a regular basis, most people aren’t going to switch off their ad blocker just to read an article – they’ll simply go elsewhere. Publishers will lose a reader and advertisers will lose a potential customer.

With native advertising, brands can circumvent ad blockers altogether without having to beg their audience or challenge reader friendliness. Since the native ad works like conventional content, ad blockers can’t detect or block it – which is a win-win for publishers and advertisers alike.

When you create an ad, ideally you want people to interact with it. This could either be by clicking through to another link, completing the quiz it contains or simply watching a video message.

Whatever format you create your ad in, you want people to engage with it and act on your CTA. Otherwise, it’s just an expensive ornament on a site. And native ads are really good at driving engagement.
In fact, native ads are 2  to 5x more engaging than traditional advertising, according to a study by BI Intelligence.

Contrast this with the click-through rate for conventional ad formats:

To see this in action, just take a look at BuzzFeed’s site to find highly engaging native ads. For example, check out this native ad by HBO that promotes the upcoming season of their comedy-drama Girls:

Women will either click to find out if they can relate to girls living in New York or to check if the article identifies the right experiences.

Regardless of the reason, the ad doesn’t feel like advertising because it has content that the audience actually wants to read.

Previously, only established brands with large budgets could afford to buy space in newspapers and magazines for sponsored content.

However, with the proliferation of services like Taboola and Outbrain, it’s easy for anyone to start a native ad campaign with a minimal budget.

These platforms work by generating “promoted stories” recommendations at the bottom of pages that contain a mix of both internal and external links. Advertisers pay Taboola/Outbrain who then subsequently splits the money with publishers.

The CPC (cost per click) on these networks can be as low as $0.10, and you get placement on premium publishers such as TIME.

As a result, advertisers are adjusting their budget to spend on native ads for such platforms.

Take a look at the projected growth of native ad revenue in the coming years:

Although it might seem like just yesterday that Facebook established its dominance by displacing services such as MySpace and Hi5, it’s been more than a decade since the platform launched.

In that time new social platforms have sprung up that are growing at a much faster pace than the old incumbents (Facebook, Twitter).

For instance, compare the growth chart of Twitter vs. Snapchat:

If you’ve used Instagram or Snapchat, you’ve probably noticed that neither allows you to add a link inside a post. You get to have a profile link on Instagram, but that’s about it.

In other words, the only way to advertise on such platforms is through native ads.

On Instagram, this is known as sponsored ads and on Snapchat sponsored lens. This allows brands to place their message before a highly targeted audience in a way that makes it look like content from a family or friend.

Take a look at these native ads on Instagram:

If they didn’t mention “sponsored” or have a CTA, you wouldn’t even be able to tell that they were ads. Yet despite these additions, they don’t interrupt or harm the user experience. Many are even entertaining and get organic shares from customers.

Since they seamlessly blend into the social experience, they tend to have a much higher engagement than conventional, disruptive advertising.

Most “trendy” media brands such as BuzzFeed, Upworthy, Gawker, and Slate no longer accept traditional advertising on their sites.

Instead, they make use solely of sponsored native ads. Head over to each of these sites and you won’t be annoyed with overlay or banner ads. Instead, you’ll likely see a “Sponsored By” or “Promoted By” article.
And these sites are not small-time players – BuzzFeed alone receives over 200 million unique visitors every month, of which half are millennials (18 to 34 years of age), and nearly 75% of their revenue comes from native advertising.

What this means is that a new generation of consumers is growing up in an environment where native ads are normal and acceptable.

Check out this piece by IBM on The Atlantic:

If not for the mention of sponsored content or the fact that the article was written by the vice president of marketing at IBM, you would have thought this was normal content on The Atlantic.

Within the article, there could be a CTA which drives users to where IBM wants them to go. And since the content itself is educational and interesting, readers actually want to share it, which is the goal of any content marketing campaign.

6. Creating Content for Native Campaigns Is Easier Than Ever

Content creation used to be difficult: small businesses didn’t have in-house staff for this job and ad agencies were too expensive, even for one-off projects.

Fortunately, content creation today is much easier thanks to the rise of platforms like Contently and Scripted.

These platforms (along with a host of freelancing sites like Upwork) give businesses access to some of the world’s top content creators. On Contently, for instance, you can hire journalists who have been published in TIME, National Geographic and The New York Times.

This is a level of access to creative talent that small businesses could neither find nor afford previously. But today these options make content creation for a native campaign significantly easier.

With the rise of ad blockers and a growing disdain for intrusive advertising, native ads provide an excellent alternative with high engagement rates and low cost-per-click.

For this reason, the time to invest in native ads is now.

Eric Siu
CEO
Eric Siu is the CEO of digital marketing agency Single Grain, which has helped venture-backed startups and Fortune 500 companies grow their revenues. He's also the founder of two marketing podcasts, Growth Everywhere and Marketing School.
Twitter
LinkedIn
You might also like ...
Marketing
The Inside Story of How Trello's Marketing Team Evolved After the Atlassian Acquisition

We heard it first-hand from Stella Garber, Trello’s Head of Marketing, who was the first marketing hire at Trello back in 2014.

by Kristin Hillery
Marketing
Leaders from HubSpot, Privy, Flywire and More on the Future of Marketing

Hear what they had to say about setting priorities, the rising importance of speed, and the very important thing we all seem to have lost.

We’re at a pivotal time where businesses can truly effect positive change in the lives of their customers, especially as everyone navigates all of this uncertainty.