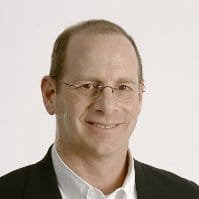 When I ask marketing and sales people at technology companies about their top 3 priorities, that’s usually what they tell me.

Most of their time and most of their budget goes toward pulling more leads into the top of the sales funnel.

And they’re creating content – white papers, success stories, videos, press announcements, webinars, etc. – to be used in all of these campaigns.

The goal of all of this activity: Generate leads.

Lots of leads, but then prospects get stuck

If they’re planned and executed well, these activities should pull in lots of leads. And if they’re well-targeted, those leads should be legitimate prospects – people that might actually buy the solution.

But that’s just the first step in the customer acquisition process. To have any meaningful impact on the company’s success, those leads need to eventually make their way through to become paying customers.

Depending on the customer’s evaluation and purchase process, it can be a long journey from lead to qualified opportunity to paying customer. And there are plenty of places for prospects to get stuck along the way.

Some signs that prospects are stuck include:

Why prospects get stuck

Prospects get stuck – or they fall out of the sales pipeline entirely – for a few reasons.

Sometimes the solution simply doesn’t meet the prospective customer’s needs. It’s missing essential functionality, it’s too difficult to learn and use, or it’s too expensive. For one reason or another, despite the prospect’s initial interest, the solution is a bad fit.

In other cases, the prospect buys a solution from some other vendor. They evaluated their options and selected a competitor.

But very often, neither of these things happen. Instead, the prospect does nothing at all.

They’ve not explicitly ruled out your solution, nor have they purchased from a competitor. They’ve simply made no decision at all. (See “Only urgent problems require solutions”).

Your prospect has a day job

How can that happen? A prospective customer, someone that was once eager to learn all they could about a solution, just drops out of the process.

It’s usually because they have other things to do. The person isn’t assigned full time to evaluate and buy new software for the business.

They have day jobs. They’re accountants working in Finance, recruiters working in HR, or sales managers trying to hit their quota. Or they might be property managers, school administrators, loan officers, or dentists.

The point is they’re busy and they don’t have days or weeks to dedicate to evaluating solutions. And their research is often interrupted, so they can only focus intermittently. One minute they’re carefully considering your solution, and the next minute there’s something more pressing that’s grabbed their attention.

Inertia can be your toughest competitor. Some prospects simply opt to do nothing.

Pressed for time, they often end up doing nothing.  That’s how they get stuck in the pipeline.

The most obvious cost of these stuck prospects: lost revenue. When prospects don’t convert into customers, they’re not paying you anything.

Even if prospects do convert eventually, the delay is costly. In a subscription-based business, when prospects are stuck in the pipeline for several months that means that several months’ worth of revenue has been lost.

And to make matters even worse, prospects stuck in the pipeline actually cost money. The money paid for the lead generation programs – SEO, PPC, events, PR, website, email, etc. – is wasted. These leads cost money, but don’t make any money.

So, how do you get prospects unstuck?

It’s fairly clear that trying to live with a clogged sales pipeline isn’t an attractive option, at least if the goal is to hit critical customer, revenue, and growth targets.

To clear the bottlenecks and get prospects unstuck, a few tactics are worth trying.

Stay on the radar screen.

It’s not unusual for prospects to go radio silent. Following an initial burst of interest, they don’t answer emails, return phone calls, or make any other effort to re-engage.

But that doesn’t mean they’re not going to buy at some point. For now, at least, other priorities have gotten in the way, but they may re-engage when they’re able.

Stay in front of these prospects…but not by pestering them with “did you get my last email” notes. Instead, send along helpful educational material, invite them to webinars, keep them on your email list, or use other cost-effective ways to stay in front of them. When these prospects regain their focus and they’re ready to move ahead, your solution will be top-of-mind.

Create a sense of urgency.

Prospective customers only have time to focus on a handful of priorities at any one time. So try to push one particular task – “evaluate this solution” – toward the top of their priority list.

Point out that every quarter, every month, every week that they try to stumble along without a new system is costing them money, losing customers, adding risk, or otherwise hurting their business.

Incentive programs that put all the focus on generating leads could actually be hurting your customer acquisition efforts. All the attention on pulling leads into the top of the funnel may mean that efforts further along in the process – converting leads into opportunities and into paying customers – don’t get the TLC they deserve.

Modifying goals and bonuses to reward marketing professionals for winning paying customers, not just generating leads, could focus their attention and effort on results that really matter.

Break through the real barriers to purchase.

Prospects stuck in the pipeline probably already have a good idea of the solution’s features. They’ve seen a demo or have even taken advantage of a free trial, but they still don’t move toward a purchase.

Why is that? It just may be that concerns about features and functionality aren’t what’s really blocking the purchase.

At this point in the evaluation process, the prospect may be more worried about “non-feature” issues: migrating to the new system, losing existing data, training users, getting the support they need, or other things that are the real reason the deal doesn’t move forward.

Offering to show more features, walk through another demo, or extend a free trial probably won’t help. Instead, talk to prospects about the proven implementation process, the easy-to-use data migration tools, the comprehensive training program, or the expert customer support team.

Guide your prospects through the entire process

Most marketing professionals will probably always be on the hook to generate leads. Pulling prospects into the top of the funnel is an essential first step in acquiring customers.

But there’s a lot more to be done. Those prospects need to be guided through the entire evaluation and purchase journey, helped past barriers and through bottlenecks all along the way. There are lots of places they can get stuck somewhere in the funnel, and success depends on getting those leads and opportunities unstuck.

Peter Cohen
Managing Partner
Peter Cohen is the Managing Partner of SaaS Marketing Strategy Advisors, an advisory services firm that helps SaaS companies acquire enterprise customers, and author of the Practical Advice on SaaS Marketing blog.
Twitter
LinkedIn
You might also like ...
Communications & Branding
Turning Traffic Into Users: Why Branding Is Important For Product-led Growth
Product-led growth is supposed to enable the product to sell itself, so there’s really less of a need for sales...
by Kyle Poyar
Marketing
Should You Buy A Media Company?
Earlier this year Pendo acquired Mind the Product, the world’s largest destination and community for product folks. Odd, right? What...
by Kyle Poyar, Sanjiv Kalevar
Marketing
Efficient Growth Marketing Just Got Cool Again
From 2018 to 2021, I led marketing for Firetrace International, a profitable company. As a member of the leadership team,...
by MJ Peters