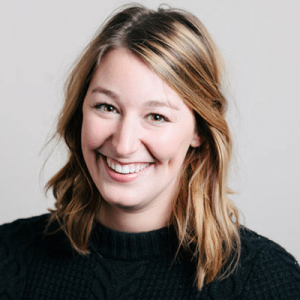 Let’s face it. The cloud has made it easier than ever for prospective buyers to evaluate, test, purchase and utilize software. But, what has been a win for buyers can sometimes be a loss for enterprise sales professionals. Multi-year contracts are now month-to-month, rip-and-replace is the new evaluation process and low barriers to entry have crowded the field with more competing players.

But fear not, all hope is not lost! Here are the stats every B2B sales professional needs to know in order to increase buyer retention, response rate and overall customer satisfaction.

Spending on cloud technology is set to greatly expand in the coming years:

1. 42% of IT decision makers are planning to increase spending on cloud computing in 2015, with the greatest growth in enterprises with over 1,000 employees (52%) (Computerworld) Tweet this Stat

2. Global SaaS software revenues are forecasted to reach $106B in 2016, increasing 21% over projected 2015 spending levels (Forrester) Tweet this Stat

4. Because there’s so much information available to buyers and SaaS is a lower risk investment, many decision-makers are delegating the buying process to other people (TOPO) Tweet this Stat

5. A new decision-maker enters the fray in the last 5 – 10% of the buying experience. Often times, this person needs to be engaged, educated and sold from scratch (TOPO) Tweet this Stat

Because purchasing is decentralized, buyers are more concerned than ever with getting a purchase wrong, which is why they’re waiting longer to initiate contact with the sales team, are harder to get in touch with and are doing more research on their own up front:

7. It takes 18 dials to connect with a single buyer (TOPO) Tweet this Stat

9. Less than 24% of sales emails are opened (TOPO) Tweet this Stat

10. Over two-thirds of buyers wait longer to initiate contact with vendors than they did two years ago because they are doing more research themselves (SAP) Tweet this Stat

11. More than 50% of buyers consult third-party sources before consulting a company’s salesforce (Avande) Tweet this Stat

12. These sources include third-party sites, feedback from a business partner, social channels and conversations with peers who already have experience with the product or service (Avande) Tweet this Stat

13. 52% of B2B buyers said that the biggest risk of getting a purchase wrong is wasting company money (SAP) Tweet this Stat

14. 23% said that losing internal credibility is their top concern (SAP) Tweet this Stat

When sales reps do get in touch, responding quickly is crucial to closing the deal:

17. Yet less than 25% of companies who receive a web lead will respond by phone (InsideSales.com) Tweet this Stat

18. Only 27% of web-generated leads get contacted at all (InsideSales.com) Tweet this Stat

But, if you’re the first to get in touch with a potential buyer, your odds of winning their business increase dramatically:

19. Your sales team has a 56% greater chance to attain quota if you engage buyers before they contact a seller (SalesBenchmark Index) Tweet this Stat

20. The first viable vendor to reach a decision maker and set the buying vision has a 74% average close ratio (Forrester) Tweet this Stat

21. 50% of buyers choose the vendor that responds first (InsideSales.com) Tweet this Stat

22. 71% of buyers would typically initiate contact or accept a contact request with a new provider during the exploration or early evaluation streams of the buying cycle (Gartner) Tweet this Stat

23. 80% of prospects new to their position who are spending $1M+ on new initiatives do so in their first 90 days (Craig Elias) Tweet this Stat

Even better than being first, though, is a personal connection or direct referral:

25. You are 4.2X more likely to get an appointment if you have a personal connection with a buyer (SalesBenchmark Index) Tweet this Stat

26. 73% of executives prefer to work with sales professionals referred by someone they know (IDC) Tweet this Stat

27. 84% of B2B decision makers start the buying process with a referral (SalesBenchmark Index) Tweet this Stat

29. Referred customers have a 16% higher lifetime value (Journal of Marketing) Tweet this Stat

When you do close the deal, buyers are looking for more support and attention from their existing vendors:

30. In a survey by Gartner, nearly two-thirds of tech buyers said they would purchase more from existing providers if the value from their initial investment was clearly demonstrated (Gartner) Tweet this Stat

31. But, less than half of these buyers (44%) felt that only a quarter of their existing providers were helping them maximize value consistently (Gartner) Tweet this Stat

32. After purchasing a product or service for their company, 42% of buyers reviewed a company on a third-party website (Avande) Tweet this Stat

33. 32% of buyers posted a review on social media channels such as Facebook or LinkedIn and 19% posted comments about the company on Twitter (Avande) Tweet this Stat

34. More than 80% of companies have changed at least one business process in the past three years to better interact with customers (Avande) Tweet this Stat

35. These changes include increased investment in customer sales and support technology, increase in the number of employees interacting with customers and increased in the sales process (Avande) Tweet this Stat

CeCe Bazar
Associate
CeCe Bazar is an Associate on OpenView's investment team. She was previously a Sales Strategist also at OpenView.
Twitter
LinkedIn
You might also like ...
Sales
A Double-Dog Dare to Relook at Your Sales Roles
Last week Dave Brock shared the importance of creating an “ideal candidate profile” prior to filling a sales position. Further,...
by Mike Weinberg
Sales
When (Almost) Every Company Should Invest in Biz Dev
This is the fourth post in a series focused on the topic of “Business Development”. In my first post — Introducing...
by James Cohane
Sales
7 Must-Have Pieces of a Sales Development Team Asset Package
If we are being totally honest, onboarding a new hire (no matter how great they are) is never fun. While...
by CeCe Bazar