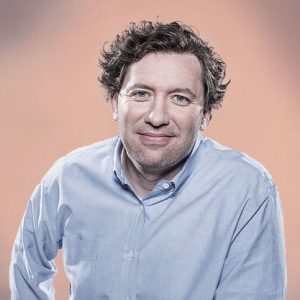 Building a cohesive founding team is never as easy as it seems. In this week’s installment of “Founder’s Corner,” Instructure CEO Josh Coates shares three hard truths founders need to accept if they’re focused on putting together the right group for the long haul.

In the startup world, early success is often dictated by the first group you assemble to execute your vision and share your passion. If you’re able to hire talented people with the right combination of skills and cultural characteristics, the process of building and growing your company will likely happen more quickly and efficiently. If you hire the wrong people, it can spell disaster.
In the interview below, Instructure CEO Josh Coates reveals three key lessons about building a startup team and urges founders to remember that the handful of people you hire initially may not be the same people who lead the business to the next level down the road.

Coates acknowledges that a startup’s founding team is its biggest asset. But that comes with a caveat.
“The fact of the matter is that most people don’t have the dynamic scalability to grow in a business all the way to the end,” Coates says. “As a founder or a CEO, you need to understand that about yourself and the people you’re hiring. The people you start with aren’t often the people you finish with.”
That doesn’t mean that founders should simply build a team of disposable bodies. Instead, Coates says businesses need to focus on three hard truths about the founding teams they assemble.

When you first start your company and put together your founding team, Coates says it’s critical not to pigeon-hole those employees into specific roles or titles.

“Don’t just say, ‘Hey, you’re my CFO,'” Coates explains. “Instead, say, ‘Hey, look, you’re my finance guy, and you’re going to handle the finances right now and we’ll see how it goes.’ That way, six months or a year down the road, you’re not saying, ‘I’ve hired an accountant to do a CFO’s job. Now what do I do?'”

Ability and skill is obviously important in the startup phase, but Coates says founders should focus more on potential employees’ motivation for joining the company.

“A team in a startup is a little bit like a high school rock band,” Coates says. “Why don’t many of those bands work out? Everyone has a different reason for why they’re doing it. One guy is super into the music. Another guy is doing it for the girls. And another guy is doing it because his friends are doing it, so he just learns to play drums. When all the conflict starts happening, it’s because the band’s motivations aren’t in sync. The same can be true in startups.”

The final harsh reality, Coates says, is that many of your early hires won’t survive the journey.

Josh Coates
CEO
Josh Coates is the CEO at Instructure , a technology company committed to improving education and disrupting the Learning Management System (LMS) market (disclosure: Instructure is an OpenView investment). After his start in distributed systems research at the University of California, Berkeley, and Microsoft’s Bay Area Research Center, Josh founded Scale Eight, which closed its operations and sold its intellectual property to Intel in 2003. Josh went on to found Berkeley Data Systems (Mozy.com) in 2005, which reshaped the world of data storage with a ubiquitous remote backup solution. Two years later, EMC Corp acquired Mozy for $76 million. Josh became an early investor in Instructure before joining the board and becoming CEO in 2010.
Twitter
LinkedIn
You might also like ...
Investor Relations
10 Best Questions To Ask Venture Capitalists Amid An Uncertain Market
The dominating force in the market right now is uncertainty. Inflation, wars, climate change, recessions—we've written before about how global...
by Casey Renner
Investor Relations
Investment Bank Overview: Working With An Advisor
Investment banks can provide a tremendous amount of value to your business. This might be most clear when it comes...
by Sam Johnson, Vinnie McSweeney
Finance & Operations
Venture Debt 101: Navigating the Fundraising Process
A common problem facing startup founders is how to adequately fund their businesses from inception through profitability. Many rely on...
by Sam Johnson, Vinnie McSweeney