Cutting Through the Noise: 3 Tips for Creating Compelling, Educational Infographics that Standout 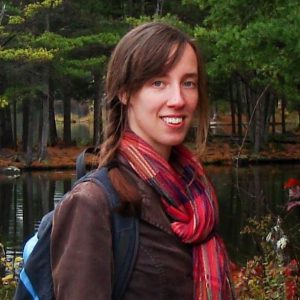 Editor’s note: This is a guest post from Tiffany Farrant-Gonzalez, the information design director for JESS3, a highly respected creative agency that specializes in data visualization.

While JESS3, the creative agency I work for, has been developing data visualizations and infographics for big tech brands like Google, Facebook, Microsoft and Yahoo! since 2006, in the last year or so the number of infographics being produced has skyrocketed. With the bandwagon now well past overflowing, the resulting infographic avalanche has been good for some companies, but perhaps bad — in one very big way in particular — for the online marketing world as a whole.

The impact has been “good” for a very simple reason: Infographics make the potential trends, patterns and stories hidden within a dataset, easily accessible to the viewer.

Ultimately, that can allow the information designer to present complex information in a comprehensible and compelling way, which arms their audience with key information they can use to make important decisions.

The impact has been “bad” for a similarly simple reason: Not all infographics are created equal. In fact, some are downright dishonest, twisting data or creating it out of thin air to best serve their corporate message. That practice has gotten so bad, in fact, that The Atlantic’s Megan McArdle has declared virtual war on what she calls the “infographic plague.”

The good news is that it’s not all bad news. By committing to a few key infographic principles, you can ensure that your graphics achieve the end goal of data visualization: to empower and educate prospective customers, and spark meaningful conversation. If you create infographics with that in mind, you won’t have to cheat to reach that goal.

Here are three simple tips — all of which we use at JESS3 — that should help you produce compelling infographics that your customers will click on, engage with, and, if you’re lucky, share with their networks:

1. Let the data (not fancy illustrations) tell the story

The modern consumer — whether they’re buying a smartphone or software — is data hungry. They like to know how a specific product or service is going to help them. One great way to convey that message is to provide data that speaks to their interests, needs, or pain points, painting a quantitative picture that empowers their purchasing decisions.

So, let your data tell the story. Rather than trying to manufacture data that forms to the story you wish you could tell start by looking at the data you do have, and then pinpoint potential narratives that might result from it.

That said, design is important. But your goal should be to do data justice by complimenting it with equally strong design, rather than the other way around. Resist the temptation to use illustrations to cover up for a lack of actual information. Less can be more, so go with the data you do have and present it in the most meaningful way possible.

2. Designate (or hire) a team to handle data visualization projects

As a result, creating an infographic — or any other form of data visualization, for that matter — is not a one-person job. At Jess3, we have three specific teams to handle all of our projects: Strategy, Design, and Public Relations. Granted, most startup and growth stage technology companies can’t afford to hire someone to manage each role, but that doesn’t they can’t organize a team of current employees to handle infographic creation. Doing that will not only spread out the work and create quality control, it will also encourage better storytelling from the data you are able to collect.

Because of the viral nature of some infographics, social media can be an incredibly effective way to distribute and share the graphics you produce. That’s especially true for smaller companies that might not have the team or resources to execute a widespread marketing strategy, or haven’t yet developed relationships with key industry websites or publications that might republish their content.

As a general rule of thumb, Twitter seems to be the most effective social network for publicizing infographics because of its immediacy and sharability, but Visual.ly, an online community specifically designed for sharing infographics and data visualizations, is also extremely well-targeted. You should also consider posting infographics to your company blog, LinkedIn account, and Pinterest page, along with any other market specific networks or forums.

Infographics — the good and bad kind — aren’t going away anytime soon. In fact, as new services sprout up that make it easier for smaller companies to create and distribute them, the popularity of infographics is only likely to increase.

If you’ve already created a few infographics or are thinking about creating your first, make sure that the data you use to frame it out tells a real story. Otherwise, what are you really trying to accomplish with the visualization? In the end, the best infographics strike a balance between the data that fuels them and the design that makes them easily comprehensible and informative.