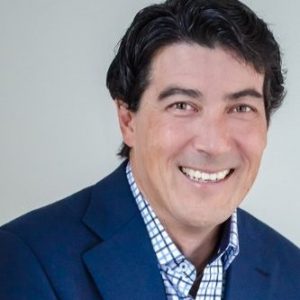 Throughout all of my experience at early-stage growth companies, there’s been an overarching theme: From inception, it’s the people you attract, hire, train, promote, and “communify” who enable and accelerate your time to market and your customer acquisition and satisfaction.

I saw this as a client partner and then regional managing director at an eBusiness firm that scaled from 0 to 2,000 people in three years, organically. The same was true when I ran the People function at a software development consultancy that doubled its headcount to ~100 while reducing attrition from 40% to 5% voluntary in 18 months. Employee engagement skyrocketed, and the firm met or surpassed 4 of 6 criteria of the Fortune 100 Best Places to Work.

“From inception, it’s the people you attract, hire, train, promote, and ‘communify’ who enable and accelerate your time to market and your customer acquisition and satisfaction.”

And I’ve since run People at a leading eCommerce firm where we increased engagement by 15 points, reduced average time-to-fill to 42 days, and contributed to the firm’s first year of profitability. Most recently, I’m passionately focused on DEI research and applications. I come from the business side of things, I’ve written a book on engagement (as well as a political thriller), and I haven’t had a minute of SHRM training.

Don’t hold the last one against me. I kinda like it.

The fact is that people, and their promise, are the root of your valuation. And the happier, more engaged they are, the quicker and easier you’ll clear your hurdles. The question becomes: “Who do I want on my team—and why?”

At early-stage startups, every hire viscerally contributes to the company vibe—and that can either accelerate or slow down growth. Knowing that, keep these three less-discussed growth drivers top of mind:

Overarching observation: “People don’t buy what you do, they buy why you do it.” –Simon Sinek

A common, rallying theme across my experiences is that employees believed in the firm’s purpose. Be it revolutionizing business models, helping patients live better lives, to empowering both customers and employees to advance their confidence, the firms were able to scale up Maslow’s hierarchy of needs to find the buttons that impel our “discretionary energy” to focus on powering the joys of success rather than merely paying the bills. At a deeper level, aligning your firm’s and employee’s purposes can increase employee’s trust that the firm is looking out for their best interests. No better way to increase engagement than by creating and supporting this dynamic.

“People, and their promise, are the root of your valuation. And the happier, more engaged they are, the quicker and easier you’ll clear your hurdles.”

Your purpose should be digestible by both the markets you service and the people you are hiring to service them. To these ends, including and significantly weighing topical questions in recruiting protocols, regardless of role and level, is a really smart move. I can’t tell you the number of overtly qualified, yet blasé, candidates my teams have thankfully passed on. They knew the downstream effects. I’ll often start interviews with a simple “What’s your why?”, which turns out to be a great test for self-awareness, an overlooked but critical skill—especially for anyone who manages others. Even kids and pets.

A final comment on purpose: It should come from your team. Yes, the founders/CEO should have palpable influence. But intuitively, people are more apt to believe in something they had a part in formulating. It’s this belief that inspires mental activity and innovation, turns your company into one massive recruiting machine (reducing costs, improving pipelines, and reducing time to fill), attracts customers, and lowers risks of deadline misses. And once developed, it should occupy, along with Values, a marked amount of time in onboarding/re-boarding processes. A thoughtful Purpose increases valuation.

2. The power of differences

Overarching observation: Performance is optimized by minimizing what I call “dominant culture groupthink.”

The data show that too many of “whatever” profile—including too many women, people of different backgrounds, etc.—can constrain results. Balance is best and can require markedly different mindsets, skills, and processes to attract, hire, and manage.

I could go on… and on. And I’d be happy to share my research. Net sum: Differences boost valuation, and it makes considerable sense to get this notion into your company’s DNA early on—by CRISPR if necessary—so that it replicates as your organism grows.

3. The sooner you can hire a professional, strategic People person (even part time) with recruiting chops, the better for your medium- and long-term prospects

Overarching observation: The lead People role is usually the last addition to the Leadership Team, which—if you give any credence to my opening theme about happy people accelerating progress—is a bit silly, if not counterproductive, to you and your shareholder’s goals.

Starting to build the People architecture is probably one of the most accretive—and risk-mitigating—efforts you can pursue. Yes, it will dent your burn rate, but it will also make significant impacts on organizational performance. And when the tantalizing and slightly terrifying “Time for Rapid Scale” lever needs pulling, it will move smoothly and seamlessly.

I’ll never forget the ERP provider who snickered as they installed their software. Our firm only had about 200 colleagues onboard, and it was February. “This really doesn’t make economic sense unless you have at least 1,000 employees,” they haughtily observed. We exceeded that number by the end of the year.

I mention recruiting prowess, as the economics favor in-house efforts and you essentially get the dedication of retained-quality search—in addition to building out other People functions—at a much cheaper overall price. Remember: It’s usually the people who aren’t looking that you want to hire. Finding and attracting them (with a defined Purpose!) is key to expanding your visibility and reach into premier talent pools. Having this arguably critical function under your control can only accelerate your efforts, as lacking quality talent is often the reason why key milestones turn into Sisyphean rocks.

There are some caveats here that can call out for external help:

I’ve found that getting an actual leader of the company committed in a “hands dirty” way to hiring as early as possible has marked impacts on the cultural disposition of critical early hires—and culture/the people you meet in the hiring process is a big driver of closing others.

CEOs, especially those who are in the position for the very first time, may not be wired to deal with a rapidly growing diverse workforce, and/or have had a prior bad experience with “HR” (I mean, who hasn’t?)—could regard the function as merely an expense. A lead People person can provide valuable insights into your key talent hiring plans, cultural aspirations, and, most importantly, creating and managing the conditions required to actualize what you’re selling talent to get them on board—and experiencing the communal jolts of unadulterated joy of seeing very personal efforts producing extraordinary effects.

A final note on the descriptor “strategic”

From my point of view, the People function consists of two, sometimes conflicting, psychographic profiles. For example, the tactical key functions of legal compliance and benefits administration can run headlong into “out of the box” engagement efforts that help your most valuable assets generate “life” returns, with work being a subset of existence versus its counterbalance. This tension should be desired and expected, and it calls out the fact you need these mindsets of the strategist and the administrator in order to function optimally.

I’m not saying you need both initially, either. Just make sure your lead People person understands basis points, behavior, budgets, boards, and benefits.

Lawler Kang
Founder at League of Allies
League of Allies believes superior performance is generated when people of all backgrounds can work together on equal, balanced, and respectful bases. We call this “inclusive synergy.” To these ends, we offer fractional Chief People and/or Chief Finance services, executive search, management/board presentations, in-person and remote workshops, and organizational diagnostic/due diligence products for both corporations and investors. Prior to starting The League, in addition to the above, Lawler has run four turnarounds, served as Principal in an executive search practice, and has done M&A strategy consulting. He has also written two books, Passion at Work (Pearson Prentice Hall), which led to an engagement workshop business servicing firms such as Cisco, HP, and Pfizer, and The E Ticket, a fictional thriller that has been hailed as being “a groundswell for the next wave of feminism.” Lawler earned an MBA in Entrepreneurial Management from The Wharton School of the University of Pennsylvania and a BA in International Studies from Vassar College. He lives in Manchester-by-the-Sea, MA with his wife, three kids (two are in college), and a green-eyed, persnickety cat. He will ski anywhere he can get to, happily engages in all-night bridge sessions, and stand up paddleboards on the ocean year round.
LinkedIn
You might also like ...
Culture
DEI in VC: 5 Lessons on Fundraising from Black Women Founders
Due to investors' continued caution, tightening monetary policy, and increasing inflation, financing across the SaaS industry has fallen dramatically—but this...
by Javier Grevely, Chris Jackson
VC Insights
Price Smart, Hire The Best, and Prove Your Product-Market Fit: OpenView’s Predictions For 2023
As 2023 rolls in, businesses are still riding through choppy waters. If 2022 was any indication, there are a lot...
by Casey Renner
Hiring
A Founder's Guide To Hiring A CMO
The results are in! And unfortunately, they are not good. With the current economic situation we are in, the average...
by Harsh Jawharkar