Is Estonia the Next Silicon Valley? 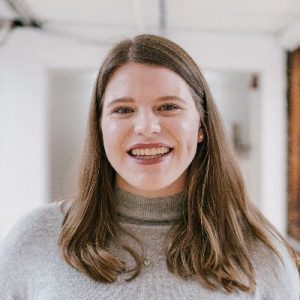 Picture using your microchipped state ID card to register a business with your co-founder who lives some 5,000 miles away. In 30 minutes, it’s complete. This may seem like some futuristic vision of a digital, corporatized utopian state, but the location of the business reads “Estonia.” The year is 2021. This is very much happening—and it’s one of the best-kept secrets of the digital nomad entrepreneur world.

A former Soviet country with a population about the size of Dallas, Estonia may seem an unlikely digital haven. But thanks to the government’s e-Estonia Project, nearly every aspect of modern life in that nation now happens online. Estonians can bank, apply for government assistance, get medical care, and even securely vote online—as they have been doing since 2005. In fact, the only government services Estonians can’t access online are marriage, divorce, or transfer of property. “For 20 years, we haven’t had to go anywhere, to any office, to stand in line,” former Estonian President Toomas Hendrik Ilves told The Atlantic. It’s all enabled by the secure microchip ID card issued to every citizen.

It’s a story that began decades ago, with the collapse of the Soviet Union. Newly independent and searching for ways to kick-start its floundering economy, Estonia turned its attention to digital transformation. And since 2014, Estonia has opened the privilege of joining its tech utopia to the rest of the world. Entrepreneurs and digital nomads of any nationality are welcome to apply for Estonia’s e-residency program—providing them with all the benefits of operating a business in Estonia, without ever actually having to set foot in the country. The deal is pretty sweet: Estonia has one of the most business-friendly tax policies in the world. Companies registered in Estonia pay zero percent corporate income tax, as long as they reinvest their profits into their businesses. It’s good for Estonia too—opening its borders has allowed the country to secure its spot as a thriving international hub for technological innovation.

Estonia has already opened its (virtual) doors to thousands of e-residents, including German Chancellor Angela Merkel, Senior Editor of The Economist Edward Lucas, and Daily Show Host Trevor Noah. But what are the benefits for American entrepreneurs? And should you consider Estonian e-residency as a founder? It depends. But for globally-minded startups, it’s an exciting opportunity. I spoke with Estonian e-resident and Co-Founder of Introwise Denis Anisimov to hear about his experiences—what compelled him to apply, along with the benefits and downsides of participating in the program.

Above: Denis Anisimov and Genia Trofimova

When Denis met his co-founder Genia Trofimova, they were both grad students at Carnegie Mellon. She had an infectious enthusiasm for the tiny Baltic country of Estonia—which inspired to look into the e-residency program. Though he wasn’t thinking seriously about founding a business yet, the possibility intrigued him.

“I thought, why not apply, just in case?” he says. “I don’t think that at that time, I actually had plans to launch a startup, but I was thinking about whether I need location independence to start a business.” Just weeks after he applied, he was approved, and soon had a shiny new e-residency card of his own.

Not long after, Genia had an idea for a startup and she wanted to know if Denis was on board. “I was like, ‘Let’s do it,’” he says. “At that time, she was in Estonia, I was in Canada. So there was a question of where to open a legal business entity.” Where do you register your business when you and your co-founder live 5,000 miles apart?

Denis’ Estonian e-residency provided the solution. Estonian e-residency enables the holder to operate an EU business from anywhere in the world—meaning, you don’t need to live in the same country as your co-founder(s). As long as you’re all Estonian residents, whether electronic or physical, you can jointly own a business and operate it from wherever you each happen to be located. Denis was able to combine his e-residency with Genia’s physical one in order to incorporate their new company in Estonia.

The simplicity of collaborating internationally was a big draw for Denis and Genia—but so was the ease of doing business in Europe. As a member of the European Union, Estonia is part of the EU single market. Registering their business in Estonia gave them frictionless access not just to customers in that country, but to all 27 member states.

As we’ve previously discussed on the blog, these days, American startups pretty much need to start planning for international expansion from day one. If you already—or are planning to—serve a European customer base, Estonian e-residency enables smoother transactions. Even though services such as Wise (formerly TransferWise) have sprung up to help entrepreneurs and digital nomads exchange money with fewer fees, they still leave you vulnerable to currency fluctuations—if you’re billing clients in a different currency, your income can be a bit unpredictable. It’s much easier to process payments and pay contractors if you’re all using the same currency.

“American startups pretty much need to start planning for international expansion from day one. If you already—or are planning to—serve a European customer base, Estonian e-residency enables smoother transactions.”

As an Estonian company, you may also be more attractive to European prospects, since many prefer to do deals primarily with other European entities. “They’ll be much more willing to sign a contract with you if you are in the same payment zone and legal zone,” says Denis. “If you’re looking to work with European companies or European customers, then e-residency is a really good place to start.”

In addition to making you more competitive, becoming an EU company can simplify compliance. For instance, if your company processes a lot of personal data, you may be subjected to GDPR rules and regulations. “GDPR regulations may require you to store the data in Europe and work with other European entities,” says Denis. “That could be a really good, valid reason to open a company in Europe.”

Photo by Jacques Bopp on Unsplash

As for the actual registration process? “Registering our company was a breeze,” he says. “I mean, everything is done electronically. Everything is standardized so you don’t need to come up with your own forms or documents. I just logged into a portal, inserted the smart cards, submitted our initial capital, and got an attorney’s signature. That’s it.” In less than an hour, Denis and Genia’s new company was a legal business.

But while registering the business was a cinch, Denis’ experience operating in Estonia has been mixed. Theoretically, Estonia makes it easy for anyone to access essential services quickly and easily online. With your e-residency card, you should be able to register a business, set up an Estonian bank account, sign legally binding contracts, and file taxes—all from the convenience of your digital device. But the reality hasn’t always been that simple.

Banking, for instance, can be a challenge. “There are financial services that allow you to open a bank account that are e-residency friendly,” says Denis, citing Wise as an example. “But if you want to open a local bank account, those banks don’t really like e-residents. For us, it was easier because my co-founder is a physical resident in Estonia—but if I tried to open a bank account on my own, it would be much harder.”

Worse, when Denis’ e-residency card broke, it was nigh on impossible for him to get a replacement. “My ID card basically broke because there was a bug in their software and I couldn’t use it anymore,” he said. “And so that means I was more or less left without e-residency. You cannot do anything without a smart card.” He contacted their support line multiple times, but they weren’t able to help him. “The customer service for e-residency is kind of non-existent,” he says. “Once you get the card, it’s all the same sort of government bureaucracy—no one cares about you.” Eventually, he had no choice but to begin a new e-residency application. That, at least, was as simple and straightforward as he remembered it.

Should you take the plunge and apply for Estonian e-residency?

Why you should hold off:

The liveliest startup community in Europe

While not perfect, the Estonian government has taken great strides in making Estonia the ideal place for startups to flourish—whether physically located in Estonia, or residing there virtually. The results speak for themselves. Today, Estonia has the third-highest number of startups per capita in Europe—6x higher than the European average. They count big-name companies like Skype and Wise among their success stories.

And Denis thinks e-residency will only become more popular, especially given some countries’ current trends towards isolation. “For many folks, having this is a way they can run their business, independent of what their country is doing,” he says. “It’s kind of like an escape hatch.”

As many have adopted a fully remote lifestyle thanks to the pandemic, the idea of running an entirely digital business may seem more appealing. “This pandemic actually changed a lot of trends in terms of where people can work from and how companies operate,” says Denis. Estonia’s concept of a borderless, fully digital nation is starting to seem less like a utopian fantasy and more like our everyday reality. That alone might make the program worth considering.

Carina Rampelt
Senior Writer and Strategist at Fenwick
Carina is an Oxford-educated literature aficionado turned Writer & Strategist at Fenwick. In her off hours, she’s a knitter, daydreamer, and aspiring yogi. For timeless wisdom on writing in the workplace, join the Fenwick newsletter: www.fenwick.media/newsletter
LinkedIn
You might also like ...
Hiring
A Founder's Guide To Hiring A CMO
The results are in! And unfortunately, they are not good. With the current economic situation we are in, the average...
by Harsh Jawharkar
Culture
Consistency And Clarity: How DevRel Leaders Make Inclusion A Priority
Leaders in the developer relations (DevRel) space focus on creating lively, encouraging, and valuable online communities for users of their...
by Kaitlyn Henry
Team Development
3 Ways To Prioritize Peer-To-Peer Learning In The Remote Workplace
The post-pandemic workplace—whether fully remote or hybrid—continues to present challenges for companies that want to keep employees engaged while maintaining...
by Mark Crofton